Mark Zuckerberg is TIME’s 2010 Person of the Year 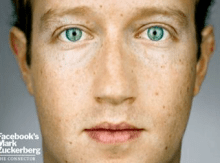 As announced by TIME Magazine’s managing editor Richard Stengel on the Today Show this morning, the founder of Facebook will be honored with their Person of the Year award.

Facebook’s 500 million user base benchmark and the general ever expanding scale of online social networking seemed to be the prime motivating factors for his claim to the title.  While Mark Zuckerberg certainly isn’t the only face of social networks, he’s got to be the only one with a movie about him.

His competition for the increasingly broadly defined title of “Person” of the Year was Steve Jobs, Hamid Karzai, Julian Assange, The Tea Party, and The Chilean Miners.

>>> Full article and video at Mediaite.