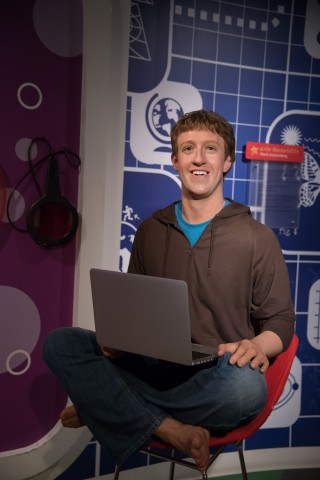 On Sunday, Mark Zuckerberg posted to Facebook about the personal technological challenges he’ll be setting for himself in the new year. A woman then left a comment on Zuckerberg’s post thanking him for Facebook and saying that, because of his success, she encourages her granddaughters to “Date the nerd in school, he may turn out to be a Zuckerberg!”

The woman’s post received thousands of likes, probably because the beliefs implied by her comment–that tech and other “nerdy” pursuits are male fields, that men are the primary wage-earners in a relationship, and that “nerds” are a marginalized community overlooked by women in favor of less intelligent men–are still widely accepted. The soft sexism implicit in saying that girls should try to “date the nerd” is incredibly commonplace, which is why I really appreciate Zuckerberg taking a second to point out to his followers that women are just as likely to become lucratively wealthy nerds as men are:

The woman later clarified on her own Facebook page,

I’ve done everything in my life MYSELF, my children’s dad died at a very young age and I did it all. Starting 2 businesses. I said it once to them in jest and NEVER did I think anyone would even see this, let alone get the attention it has gotten.

I worry that this woman might be receiving more attention than she’s comfortable with, but I do think it was important for Zuckerberg to gently address the misconceptions in her comment–we can’t change the gender gap in STEM fields by staying silent out of respect for people who are well intentioned but ultimately wrong. Here’s hoping Zuckerberg continues to be vocal about women in tech and to find practical ways to help girls become the next generation of great inventors.