Mark Hamill to Reprise an Infamous Supervillain Role for The Flash

I just made you stare at Mark Hamill's butt. 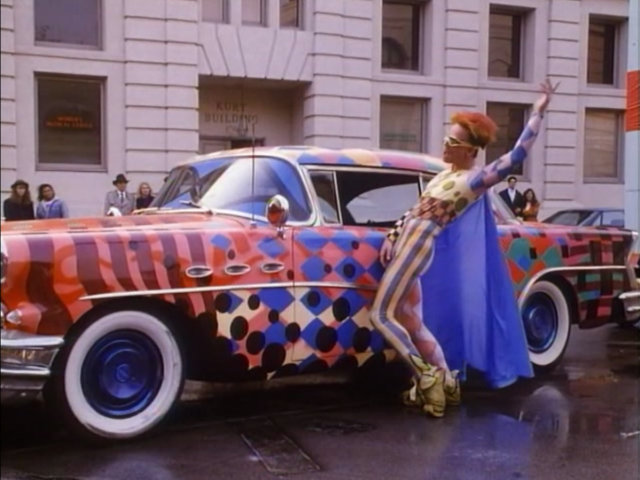 I’ll give you a hint: he is a joke themed character who has appeared in at least one television adaptation with a thematically appropriate female sidekick.

And he’s not the Joker.

That’s right: Mark Hamill’s infamous turn as perhaps the goofiest of the Flash’s traditional foes to be “scary-ed” up for a television adaptation will get a reprise. Well, technically, another reprise.

Hamill’s version of the Joker is undoubtedly his most well known contribution to the broader canon of the DC Universe, but just before he managed to get that particular gig (he was not the first choice of the show runners, but gained the confidence of the creators of Batman: The Animated Series after voicing a few of the show’s numerous evil-billionaire-industrialists-who-are-not-Bruce-Wayne) he landed a live action one: playing James Jesse, a.k.a. The Trickster in the 1990 The Flash television series.

Later, in tribute to that role and Hamill’s contribution to the DC Animated Universe, he would play the DCAU’s version of the Trickster, in a scene perfectly showcasing the stark differences between the Flash and some of his darker team members.

Justice League Unlimited. It’s on Netflix. You should watch it.

Anyway, Hamill follows John Wesley Shipp as an actor from the ’90s Flash who has gotten a small role in the new series. Shipp, who played Barry Allen, stars on the new series as the title character’s father. Hamill and Shipp will apparently “reunite,” in the episode, in which Hamill will still play James Jesse, “an anarchist terrorist con man serving a life sentence in Iron Heights who helps Barry (Grant Gustin) and Det. West (Jesse L. Martin) to foil the city-wide attacks of a wannabe Trickster eagerly following in the original’s deadly footsteps.”

Hamill’s episode will be the 17th of the current season, set to air sometime in 2015.