Are We About to Do a Barrel Roll Into Mario Kart 9? All the Rumors We’ve Heard So Far

Is "Mario Kart 9" even going to be the name? 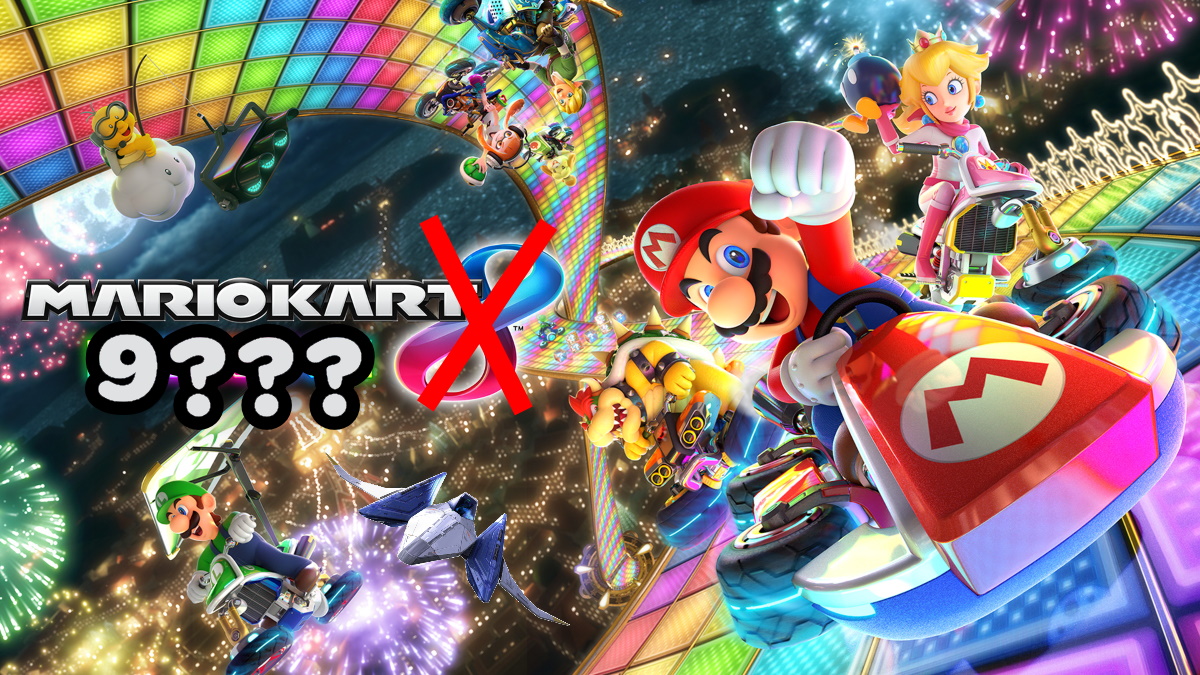 Rumors have begun circulating about the latest in Nintendo’s ongoing attempt to end friendships via kart racing. While Mario Kart 9 hasn’t officially been announced, it’s not unreasonable to think that we’re gonna get a new installment to the series this year, as this August marks the 30 year anniversary of throwing Koopa shells at other drivers.

Now would be the time for a new Mario Kart game since Mario Kart 8 Deluxe technically isn’t a new game, but an enhanced version of the Wii U’s Mario Kart 8 – granted, it is a FANTASTIC upgrade.

Will the game even be called Mario Kart 9?

While it sounds like the obvious title to give the game since the last one was Mario Kart 8/Mario Kart 8 Deluxe, according to Games Radar+, the game might be called Mario Kart 10 or even Mario Kart Crossroads.

The confusion over whether or not this new game is going to be called Mario Kart 9 or not is born from the fact that Nintendo internally views Mario Kart Live: Home Circuit as MK9. There’s also bound to be a bit of confusion considering that the Nintendo Switch version of Mario Kart that landed on the Switch technically didn’t get its own number but was just a remastering and updating of MK8 called Mario Kart 8 Deluxe. What does appear to be clear from the latest rumors is that no matter what it’s called, the Switch will be getting another entry in the franchise before too long.

What could we potentially see in this game?

There are two leaked sources that Games Radar+ uses, a Twitter user that goes by LeakyPandy and a leaker who goes by Zippo. Both sources have a varying degree of information on the supposed game, but what they both agree on is that the game will feature characters from other Nintendo IPs.

That’s not too farfetched as we’ve seen characters from Legend of Zelda, Animal Crossing, and Splatoon lob blue shells at the competition while kart racing through lava-infested castles and, of course, rainbow roads. This also meant the inclusion of stages from these franchises, but we also have courses from games like F-Zero as well.

The franchises that are rumored to be in the game are Arms, Pikmin and Star Fox, according to Zippo. LeakyPandy has more IPs listed along with other details in regards to item boxes and coins. 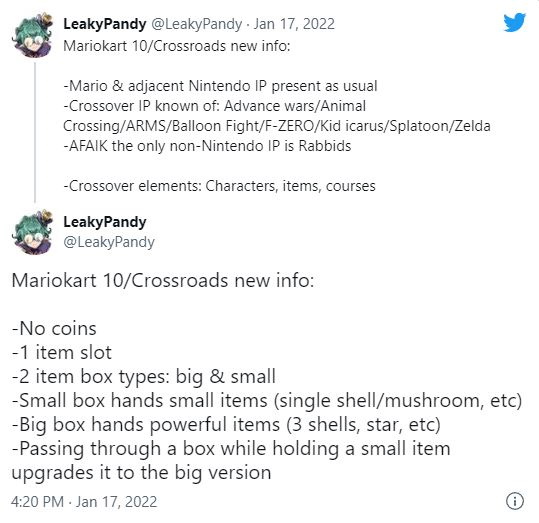 How much of this is believable?

Since this is the anniversary year for Mario Kart, it’s reasonable to expect Nintendo to do something with it. My only hesitation is how Mario’s 35th anniversary didn’t technically get us a brand new title. While we did get some pretty solid remasters (Super Mario 3D World) that did come with some wonderful add-ons (I could’ve played so much more of Bowser’s Fury), we didn’t really get a NEW game on its own (unless if you count the 35-player Super Mario Bros. battle royale that no longer exists).

The same happened with Zelda’s anniversary.

That being said, since Mario Kart 8 Deluxe performed so well throughout its lifetime, still managing to sell millions of copies this year even if it was released back in 2017, I don’t see why Nintendo wouldn’t make a new game. Here’s an explanation of the amazing amount of success Mario Kart 8 Deluxe has had via Games Radar+.

For the most part, a game’s sales will spike when it launches or right after. Its sales will then drop off significantly. There are exceptions to that rule, and most of them are Nintendo games. You only have to check out the UK boxed chart each week for proof of that. Games like Animal Crossing: New Horizons and Super Mario Odyssey are almost always in the top ten, years after they launched.

Mario Kart 8 Deluxe is also one of those games, often breaking the top three in the weekly chart. The game continues to perform so well that it is now officially the best-selling Mario Kart game of all time. That’s according to Nintendo’s latest financial report which revealed Mario Kart 8 Deluxe sold 3.34 million copies in the last three months alone.

So, working under the assumption of getting a new Mario Kart this year, I think it’s safe to assume that we’ll be getting characters outside of the Mario roster since Nintendo’s done that before. What franchises will we see? I’m not sure, but I do know that I love the idea of getting to race around as Falco – who guesses he should be thankful. I think Samus would also make sense because of Metroid Dread’s success, and if we wanna get real sassy, Bayonetta would be delightful.

I’m not sure what to make of the item box rumors as I very much like being able to have two item slots, but the idea of small boxes and big boxes could pose a bit of a challenge (or hassle, depending on the situation).

My ultimate wish is to see a return to Double Dash, but that’ll probably never happen.

Do you think we’re getting a new Mario Kart this year? What would you like to see from it if we do?