For The Love Of Bud, Marijuana Genome Sequenced 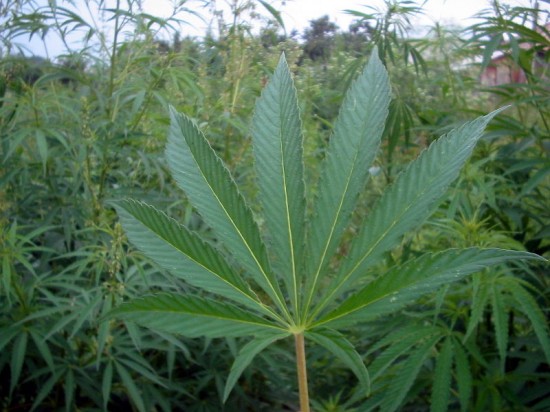 It’s alright officers, they were just holding the samples for a friend. Researchers at the company Medicinal Genomics have published the raw data of the Cannabis sativa genome. Yes, scientists sequenced the DNA of weed. You know, for medical reasons.

The raw data, including some 131 billion bases of shotgun sequence, have not yet been assembled into contiguous chunks for more detailed analysis. Still, the company released the information on Amazon’s EC2 public cloud computing service. According to Medicinal Genomics founder Kevin McKernan, when the fragments of data are assembled the C. sativa genome will likely be around 400 million bases, more complex that other plants like the model organism Arabidopsis thaliana.

According to McKernan, he was inspired to sequence the weed genome due to the potential medical uses of cannabinoids. Pot makes a number of compounds that have proven beneficial, including the notorious THC. With the genome sequence information researchers should be able to explore the other compounds made by pot and their potential medical effects.

While increasing the medical understanding of the compounds created by C. sativa seems like a noble pursuit, make no mistake about the fact that there is big money to be had in the pot market. The medical marijuana market has increased significantly in recent years, and according to McKernan it is eventually going to have to become an even more regulated market. Which is where the genome sequence can become useful by allowing easier tracking and recognition of the plants.

McKernan has a reason to want to get in on the weed business, he funded the launch of Medicinal Genomics from his own pocket, and that of family and friends. So, a big payoff certainly wouldn’t be a problem for the start up company. However, so far everything done by Medicinal Genomics seems to be on the up and up and within legal bounds. They even found a way to avoid those pesky possession charges, that could have come as a result of their work by having the DNA extracted and prepped for sequencing in a laboratory in Amsterdam.

So, while there is probably money to be made in having the marijuana genome, it is largely wrapped up in the medical field. Far from a stoner’s dream, but potentially helpful for people with a range of diseases from cancers to glaucoma.