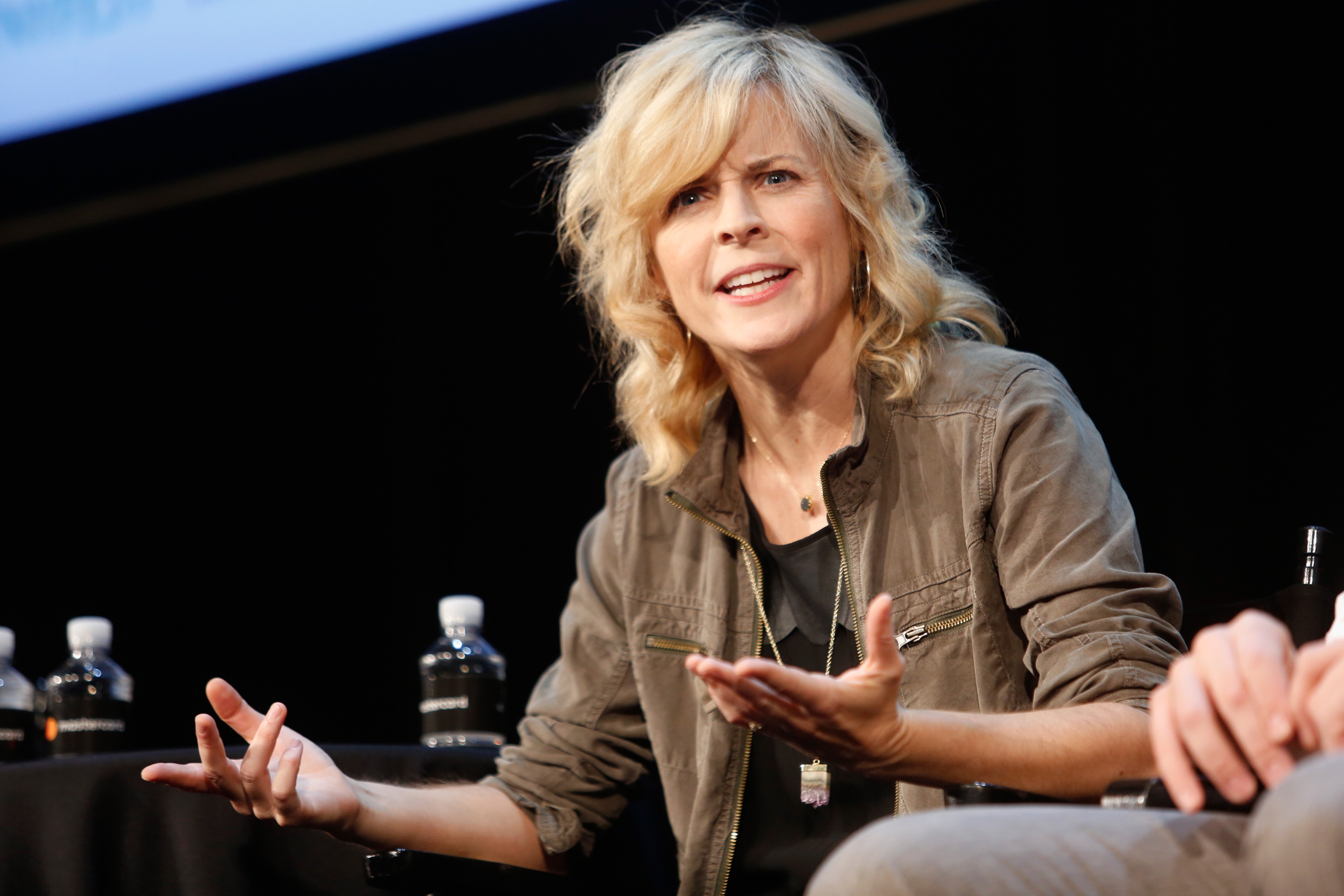 Earlier this month, the brilliant and hilarious comedian Maria Bamford posited a question on Twitter that I’m guessing a whole lot of us would like an answer to:

Does anyone know how to file a restraining order against The President of the United States? I have bought the filing paperwork for $39. #plentyofevidence

Looking back to see what inspired this question, the answer seems to be … the same shit as always. Around that time, Trump was tweeting about fake news, the border wall, China, and, of course, all the things Obama did wrong.

That’s all it takes, though, for a whole bunch of people to jump onboard with the idea. When asked if this could be a class action suit, Bamford replied,

I don’t see why not. I love to fill out paperwork and sit in buildings and this is in my wheelhouse. I like the class action idea too- lawyers???? https://t.co/oZlk5P79ky

Incredibly, Bamford actually followed through with the idea, and she live-tweeted the experience.

Ok! Going to local courthouse to file restraining order against Donald Trump. I’ll let you know what happens. It may just be rejected after a long wait in line. #illbringtheinternet

I have a feeling this is dumb, but I will stupidly persist. https://t.co/51rPxLwFbH

Any bureaucracy nerds will probably be very into this whole process.

The lady is creating a file and so that’s bureaucratically meaningful. https://t.co/utJ6xAH9S0

I have been sent to the 4th floor, department S. Very organized. https://t.co/51rPxLwFbH

I get to see a judge right away! Wowee! Department S! pic.twitter.com/otQm6gUgLz

While Bamford may not have had much of a chance of succeeding with this case, she sure makes a good argument for why it should be considered as valid.

I printed out all of his public threats of violence – mostly the nuclear tweet and interview responses re: his interest in nuclear war https://t.co/bTp47qHwfW

The funny (nervous laughter type) thing is that another person in line was complaining about their ex and in the same sentence said that Trump was even worse.

Bamford (and those of us watching) didn’t get immediate closure. But this fight is not yet over.

Well, my request got denied until a hearing (where it may be denied again), but I will try to take a red eye and make my appointment at 8:30 am in May! #restrainingorderfortrumpupdate!

Bamford may be a comedian, but this is very clearly not a joke. Some (and by “some” I mean the dudebro-driven TMZ) are assuming that this is merely a publicity stunt to promote Bamford’s upcoming tour. That’s a fairly insulting assumption, but honestly, if we’re living in a world where beurocratic political protest is a way in which comedians can promote their work, well, that’s a hell of a sign of our weird-ass times. Pretty much everyone feels a uniquely deep connection to politics these days, and just because someone tells jokes for a living, it doesn’t mean they don’t take these things seriously.

I may stop here because it’s getting weird. I think that sometimes comedic premises are rejected as legitimate democratic action. And so I thought I’d follow through. https://t.co/ZNnutG2tbN

We’ll keep an eye on this to see how Bamford’s suit progresses.