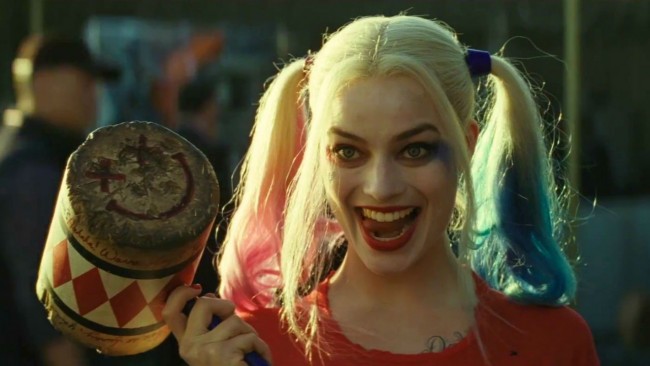 You may not be quite at the point of the person who wants to sue Warner Bros. over the lack of the Joker in Suicide Squad, but you’ve probably heard that a lot of Joker (and Harley and Joker) footage was cut from the final film. We’ve got a range of theories as to why (anywhere from “Jared Leto’s Joker isn’t very good” to “Jared Leto’s Joker is pretty bad”), but Margot Robbie has finally cleared things up for us.

The actor, who’s pretty universally lauded as one of the best things about the mess of a movie, explained to Tipsy Talk that the cut material was mostly backstory for Harley and the Joker that was simply distracting from the movie’s current plot. She said, “They probably realized that the emotional through-line of the story had to be the mission that we were on, and explaining the Enchantress’ position and all that kind of stuff … so there’s a lot, but it just didn’t make sense to confuse the present storyline to incorporate all that.”

She also mentioned how deep director David Ayer and actor Jared Leto went with the characters (the latter of which we’ve heard plenty about), and she mentioned that she’s working towards getting a Harley Quinn standalone spinoff off the ground. Leto would probably like to be invited along for that, based on comments he’s made—some of them going characteristically a bit far—that the cut scenes could basically be their own movie (again, probably why they were cut), but there’s really no guarantee he’d be necessary in whatever form a Harley Quinn movie would take.

Besides, there’s someone else we’d like to see paired with Harley if she’s not going to go it completely alone in her solo movie.