But how do we get that hair?? 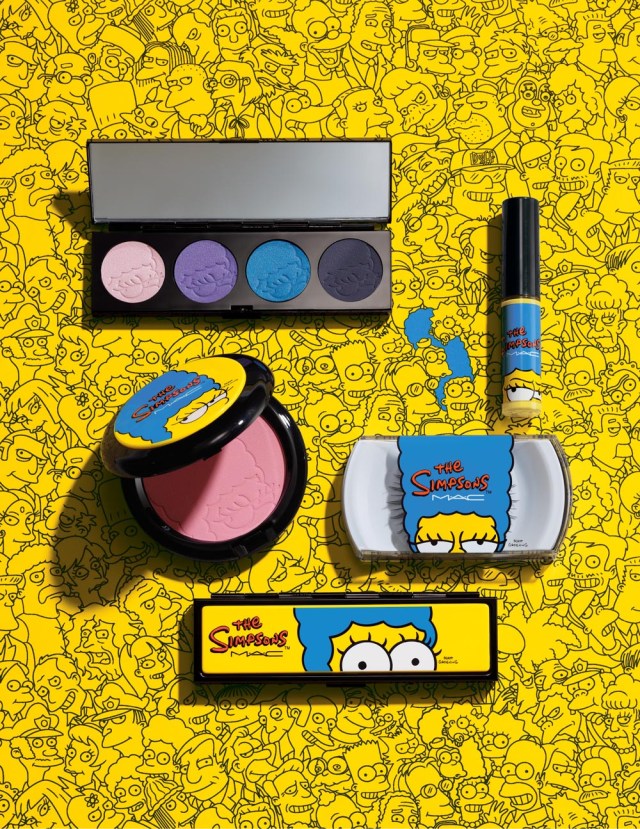 You know, Marge Simpson rarely bothers with makeup, but she certainly is a style icon. That and her long-standing awesomness is why we’re excited that MAC Cosmetics have chosen to give her the spotlight in a new makup line:

The collection will be available in stores everywhere on September 4 (and online at www.maccosmetics.com on August 28) but will be sold exclusively for ONE DAY ONLY during San Diego’s Comic-Con on Saturday, July 26 at the M·A·C Cosmetics Gaslamp store located at 234 Fifth Avenue, San Diego, CA 92191. Fans are invited to visit the store for this one day only opportunity to purchase the collection and also receive a Marge makeover from the ten piece collection that includes nail stickers ($16.50), eye shadows ($44), lipglasses ($16.50), and lashes ($18.50).

Marge herself had this to say about a few of the color options in the palette: “They’re all so great, but I must say that Lisa’s Spikes really works well with my skin tone and of course, Beehive Blue complements my hair perfectly.”