The Mistake of Dismissing Margaret Murray and the Origins of Wicca 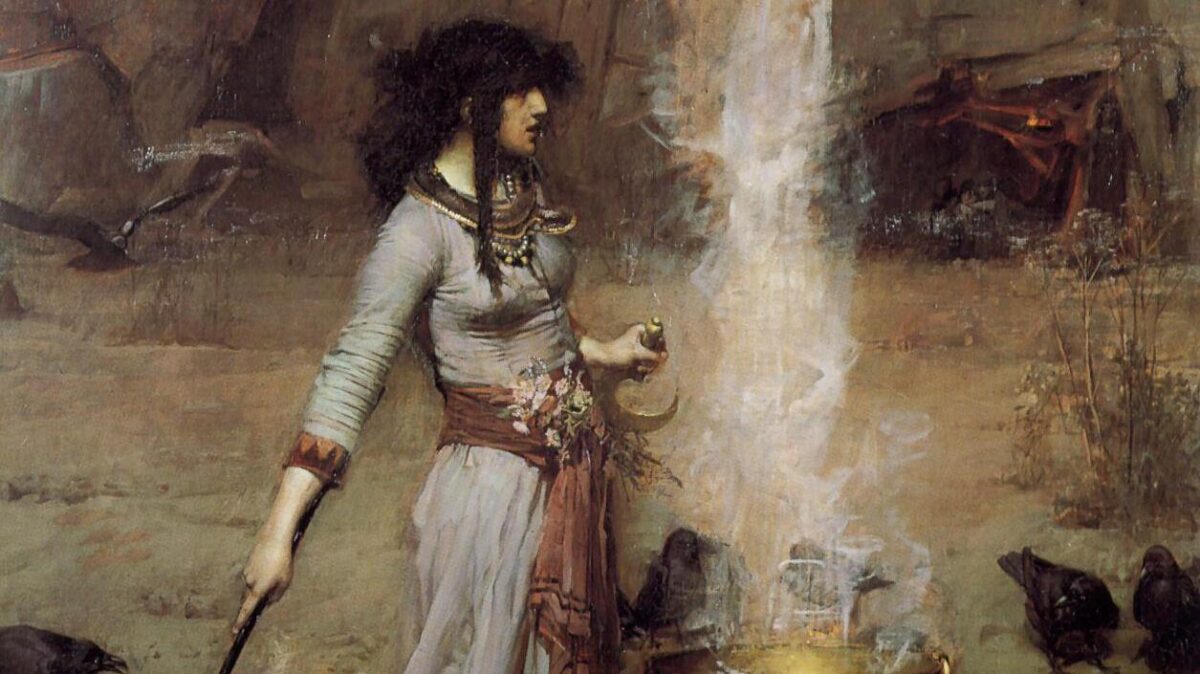 When women write history, it comes under extra scrutiny from the establishment. When women make history, the establishment gets even angrier. Sometimes those women are just ignored, some of them are dismissed, and sometimes, the world calls them crazy, dangerous, or worst of all, witches. Margaret Murray, with her famous and controversial book The Witch-Cult in Western Europe, was all of those things.

You may never have heard of Margaret Murray, but you’ve probably known someone or seen some bit of pop culture that was peripherally influenced by her. That’s because her 1921 book was an important step for feminist views of history and the rise of paganism, witchcraft, and Wicca in the west. Murray’s theory, that witchcraft was a religion that had secretly continued in Europe from pagan times, directly influenced the founding of Wicca.

Witchcraft is in right now. The practices of magick, from crystals and aromatherapy to curses and divination, are having a moment and a resurgence in the mainstream, and attention that we haven’t seen since the Wiccan wave of the ’90s. Everyone wants to be a witch. Witchcraft encompasses many different things and practices that are incredibly varied, and Wicca is now, unlike in the ’90s, recognized as just one of them.  Wicca is a religion, while witchcraft is a larger term for any metaphysical or magical practice, but Wicca’s influence on the greater movement and interest in witchcraft can’t be understated.

Wicca, the modern religion, was founded in the 1950s in England by an man named Gerald Gardner. Gardner had many influences in his practices, including ceremonial magic, druidry, folklore, and all sorts of religious archetypes, but he claimed that much of what his first Wiccan tradition entailed was derived from ancient practices, passed down to him secretly by a coven. To support this, he relied on the work of Murray, whose work theorized that there had been, in the 16th or 17th century, an actual cult of people in Europe that observed a fertility-based religion centered on a Goddess and a “horned God,” who was confused with the devil.

Murray was a first-wave feminist, an Egyptologist and scholar at a time when women weren’t prominent in such professions, and a believer in the history of witchcraft in Europe. Born in 1863, she lived until 1963, writing about witchcraft and inspiring a reexamination of previously ignored history. For goddess’ sake, Murray wrote the Encyclopedia Britannica entry on witchcraft that was used for 40 years, so her influence can’t be ignored.

However, her work, at this point, has been discredited. As many have put it, “There was just one problem. Margaret Murray was wrong.” But … was she?

Critiques of our current magical moment often involve going after Wicca as a tradition founded by people who were just making stuff up, and that usually includes Gardner and, more broadly, Murray. Just yesterday, the religious publication First Things published an article on Margaret Murray, calling her “The Woman Who Inspired Wicca.”

First Things is a publication that seems intent on the mission of bringing the U.S. back to the Christian values that they see as having eroded over the past 70 years or so, so I’m not surprised that they’re dismissive of Murray. Here’s how they describe her work:

Just under a century ago, in 1921, one of the strangest books ever to be published by Oxford University Press appeared in print: The Witch-Cult in Western Europe by Margaret Alice Murray. By today’s academic standards—in fact, even by the standards of the 1920s—Murray’s book was filled with transparent flaws in methodology and research. Furthermore, the book’s author (a leading Egyptologist) was not qualified to write it.

They go on to discuss the overall content of Murray’s book and the ways in which it, in their mind, inspired the entire Wiccan and Neo-Pagan movement, and thus, they imply that everything to come out of that movement was based on lies. That’s a vast oversimplification of history and of the appeal of Wicca. There were many works before and after Murray’s that influenced Gardner, like Charles Leland’s 1899 book, Aradia, or the Gospel of the Witches, or Robert Graves’ The White Goddess, from 1948. It’s just that Murray was the only female author in the bunch, so misogyny is at play here, but she was also claiming a secret history of witchcraft that probably wasn’t accurate.

There’s validity to critiques and dismissal of Murray’s works and views. Murray’s work was mainly based on confessions from women in Scotland accused of witchcraft in the 16th and 17th centuries. That’s a very bad source for many reasons, the least of which being these women were confessing under the threat of torture—not terribly reliable—and her thesis, that there was a secret religion or cult of witches in Europe that were the targets of the witch trials, and that there were sabbaths and meetings with figures who seemed to be the devil but weren’t, is, to be honest, not a great one.

Murray’s later works went even further off the rails and away from history. She claimed that there was an unbroken tradition of secret pagan worship in Europe around a horned god, in The God of the Witches, and even more weirdly, claimed in The Divine King in England that there was a secret conspiracy of pagans in English nobility. None of that is correct, but again, Murray wasn’t entirely alone in her theories. She was just the only woman writing them.

Margaret Murray’s influence, though, has less to do with history and more to do with the spirit of what she was writing about. The fact that Murray’s theories were off and her facts weren’t there doesn’t mean she was entirely wrong about witchcraft. Now, I’m not saying that Murray’s witch cult claim was correct, because there really is no written evidence to support it, but what there is evidence for, all around, is that magic and witchcraft itself were very real practices in history.

Magic is a part of every culture. From the building of Stonehenge to making a wish when blowing out a birthday candle, every person and culture on earth has some kind of belief in the unseen. While an organized “witch cult” in Europe may not have existed, folk magic and pagan influences on everything from architecture to medicine to holidays is all over. There were certainly women and men all over that spoke to spirits and fairies; practiced herbalism, divination, cunning, and other magic; or observed fertility rituals with ancient roots, but that kind of magic and folk belief is the exact opposite of the kind of organized religion or cult that Murray was looking for.

I can’t blame Murray, or even Gerald Gardner, for attempting to see ancient pagan practices as a secret, ordered system, comprised of specific beliefs and rituals, passed down in shadows through the ages. When you grow up in a Christian world, where the word of God comes from an organized church founded on a single holy text, that’s how you might see religion. Murray was actually first born and raised in India, which might have been why she was, in the first place, open to questioning the Christian version of history.

History is complex, and religion and belief even more so. While it’s so easy and attractive to reduce history and religions to linear progressions and unbroken traditions passed down through the ages, that’s just not how it works. The amount of knowledge and practices that were never written down, or passed only through oral or familiar traditions, is mind-bendingly vast. There’s just so much that we don’t know, and trying to put together the past is like reassembling a broken vase when all we have are a few shards; we’ll never see the full picture.

And … that’s okay. When it comes to any kind of spirituality, the origins aren’t as important as what it means to people and if it helps them live a better, happier life. When someone comes at me to critique my belief in Wicca or witchcraft with the zinger “Well, this is all made up hooey,” my response is always to shrug and say that same critique applies to literally every religion ever. They all had to start somewhere, often in the realms of myth that are lost to our orderly, recorded history.

Margaret Murray didn’t discover a secret witch cult, but she did make people look at history in a different way, and what she did inspired and touched millions of people. You may call it making something impossible out of a few simple ingredients, but to me … that sounds a bit like magic.