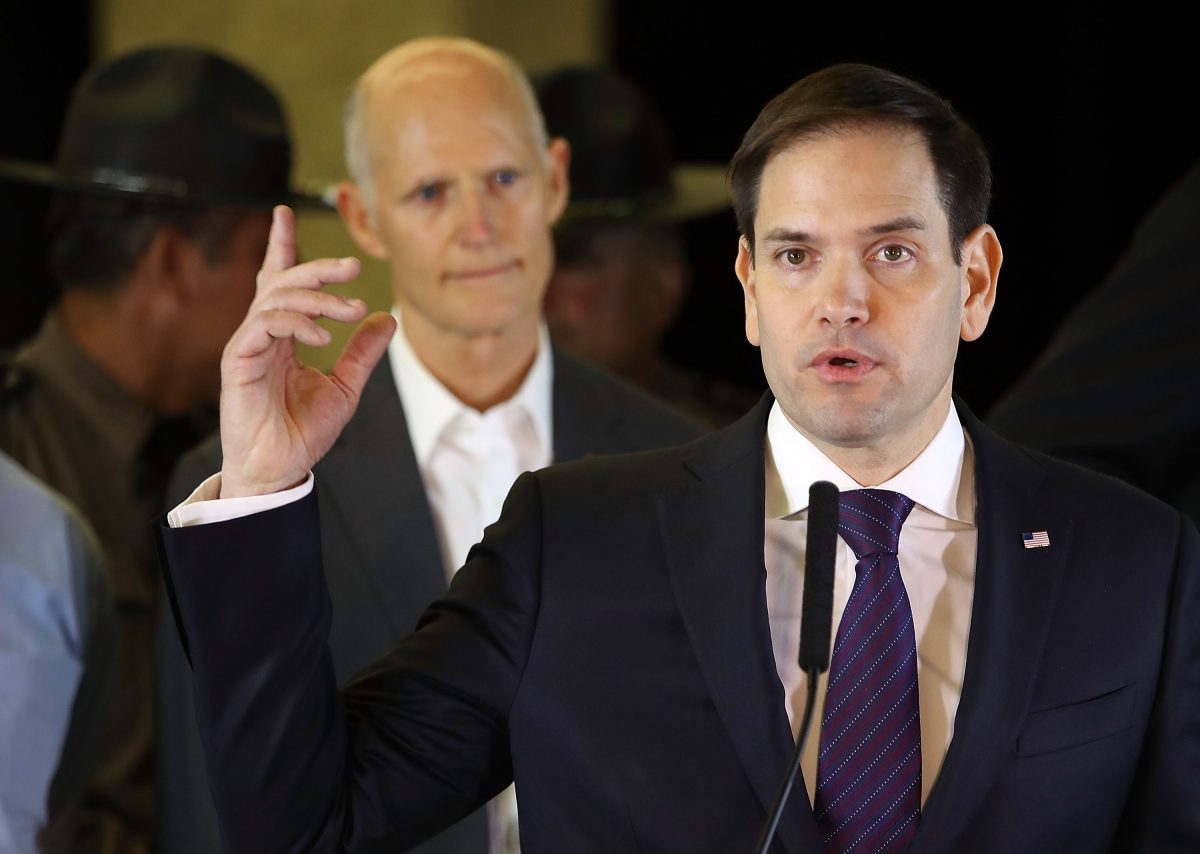 Yesterday’s tragic shooting at the Capital Gazette offices in Annapolis, Maryland shocked and horrified the nation. Five employees of the newspaper were senselessly killed and two were hospitalized for injuries. CNN’s Anderson Cooper did a phone interview with Capital Gazette writer and shooting survivor Selene San Felice, who responded to Trump’s stock “thoughts and prayers” response with an impassioned plea that something be done. Her interview, which is absolutely devastating, can be seen below:

“I’ve heard that Pres. Trump sent his prayers. I’m not trying to make this political right? But we need more than prayers… I want your prayers but I want something else.”

San Felice finishes the interview by saying, “I’m going to need more than a couple days of news coverage and some thoughts and prayers because our whole lives have been shattered. Thanks for your prayers, but I couldn’t give a fuck about them if there’s nothing else.”

There are many ways to respond to such a horrific incident like this shooting. Lord knows we’ve had plenty of practice. Florida Senator Marco Rubio decided to chime in with the hottest of takes on the whole affair:

Sign of our times… the F word is now routinely used in news stories, tweets etc It’s not even F*** anymore. Who made that decision???

My feelings can only be expressed in the following GIFs:

REALLY, Marco Rubio. That was your takeaway from this entire thing? That a reporter used the word “fuck” to describe the trauma of watching her co-workers gunned down before her very eyes? The fact that you A) leapt to tone-policing as a first response and B) were feckless enough to think that this was an appropriate tweet at this very moment shows you for what you truly are: a spineless, feckless, sycophantic shit-heel in a cheap suit whose finger is so far from the pulse of this current moment that even Google Maps couldn’t locate it.

In the midst of this horror (which you and party have done zero to combat because you’re thirsty for that NRA blood money) you decide that a woman using the F-word is somehow a bigger offense than mass murder? What in the actual fuck is wrong with you? Where is your soul? Is it on a gilded mantel in Trump Tower, alongside your spine and self-respect?

Merely hours before the shooting, Rubio was tweeting about the “lack of trust” in the press:

BTW I’m not happy about this reality. It’s terrible for country. Lack of trust in reporting leaves us vulnerable to conspiracy theories & unable to have debates
b/c we can’t even agree on baseline facts. We are all ALL to blame for this mess. Sorry, that includes many in media https://t.co/rYLKtjCezU

It’s not good that people increasingly get news & information only from sources that confirm what they want to hear. It’s terrible that their is increasingly no space for nuance or 3rd way on any issue. If media doesn’t think they have contributed to this they are very mistaken.

He then followed these tweets up with a clip of himself on Fox news because irony has ceased to exist. Ever since 2016, Trump and his weaselly colleagues have scapegoated the press and promoted violence against journalists. Just two days ago, noted clown shoe Milo Yippiekayaymotherfucker told his followers “I can’t wait for the vigilante squads to start gunning journalists down on sight.” Cause, meet Effect.

I know. It was just wild when I started seeing the media use the word pussy without bleeping it or anything. God, how did that even happen? Somebody must have said it in such a blunt, unavoidable way that the media had to report it in full, but who?

From the vantage of someone who is waiting for the death count of journalists shot in their newsroom in my home state, can I simple say that @marcorubio is unfit to be a citizen of a republic, much less a legislator. You should crawl through broken glass to hell, Senator. https://t.co/RG2zHFCuy0

Two of the worst mass shootings in American history happened in Florida while you represented us.

Instead of worrying about language, worry about your constituents lives — stop serving self interests and serve those who are on the front lines. https://t.co/iXqB0gzgDy

Dear Marco Rubio,
I wrote a book with “fuck” in the title that helped it gain acceptability. It’s a crass word. It’s also far less offensive than the cynical, hateful policies you’ve spent your life defending. Fuck you and your fake outrage, you cowardly, morally bankrupt fuck.

I think I speak for everyone here when I say to Marco Rubio: shut the fuck up and delete your account.