Marco Rubio Continues to Be an Absolute Garbage Person

The Florida senator claims that journalists are celebrating COVID-19 deaths in ghoulish tweet. 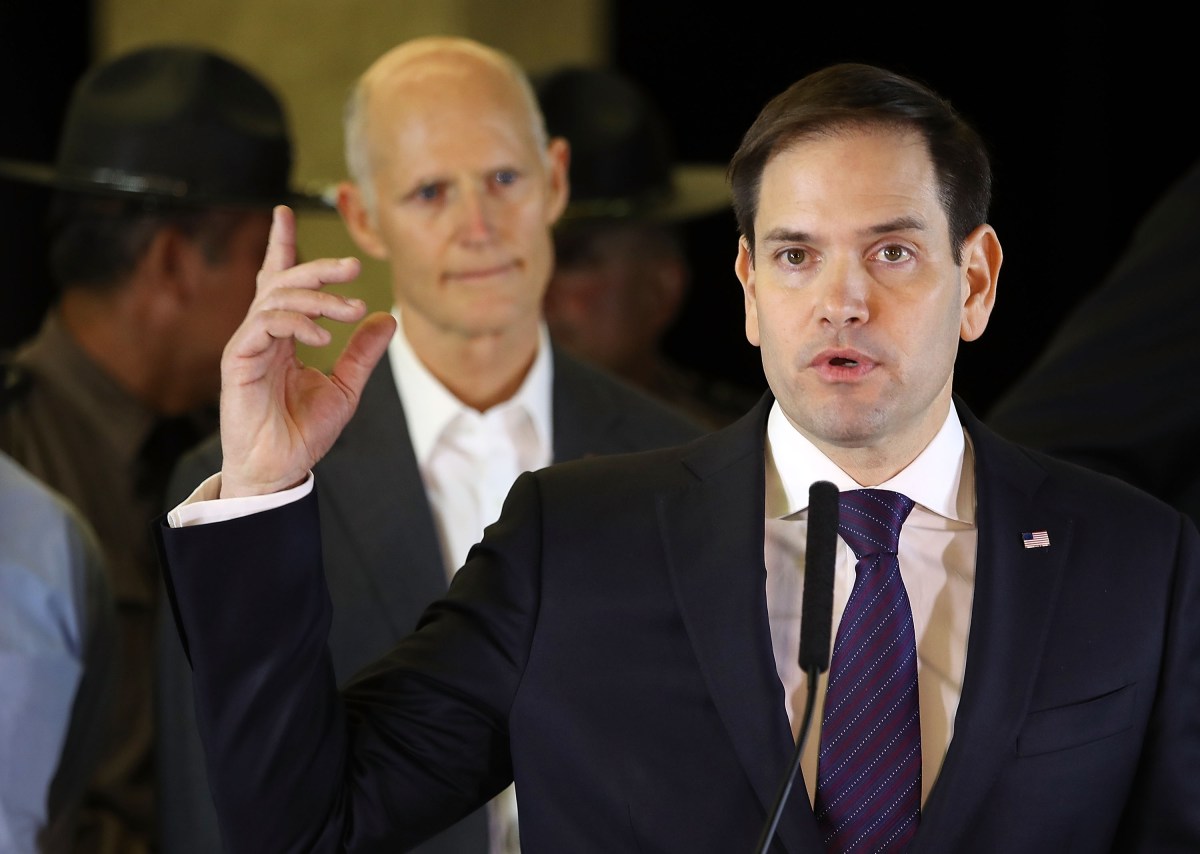 Florida invertebrate Marco Rubio has taken a break from tweeting self righteous bible quotes to focus on the real enemy: journalists. As his state suffers from the COVID-19 pandemic, Rubio is tweeting this nonsense:

Some in our media can’t contain their glee & delight in reporting that the U.S. has more #CoronaVirus cases than #China

Beyond being grotesque,its bad journalism

Like the rest of the Republican party, Rubio is following Trump’s narrative that the country’s response to the pandemic has been timely and adequate (it hasn’t and it isn’t). Instead of urging for stronger leadership or more transparency or a faster response time from his boss, Rubio has fallen into lockstep with the Trump administration’s bogus narrative.

Trump and his cronies regularly claim that we’re winning the war on COVID-19, that tests are plentiful and available everywhere, that we have enough ventilators and PPE. But those claims have been proven, time and time again, to be lies. The president claims that journalists are attacking him when they are simply reporting the facts and looking for answers.

Many journalists quickly responded to Rubio’s tweet with anger and frustration:

Journalists are concentrated in cities that are being ravaged by a plague that could have been better contained with a competent president. They’re lonely and scared and reporting while homeschooling their kids. No one feels glee or delight. Some of us feel white hot rage.

Or maybe we’re livid that ur president…whose ass you so pathetically kiss…wasted a couple of precious months calling this a “democratic hoax” when he could’ve learned from #China & gotten us weeks & weeks ahead of this disease. #COVID19 #coronavirus https://t.co/G8SG9Ty6X1

Delight? Glee? Please think about that a little. I haven’t seen any such reaction among my colleagues. If you have. I’d be interested to know who you think is gleeful. We report facts. Which are sometimes inconvenient for those who dislike facts.

Glee and delight? Every journalist I know is terrified about being laid off right now. People are dying. You had the chance to remove Trump from office in January and looked the other way even though you know he’s corrupt and incompetent. Now look where we are.

What the fuck is wrong with you? American people are dying! This is not media spin, real lives are being lost including in your state where it is spreading quickly and 56 are already dead!

We have colleagues who have died. https://t.co/h36kWayxpQ

Journalists living in NYC, I can tell you, are not gleeful. We hear sirens more all the time. We know our hospitals are overrun and people are dying every day. We’re worrying about the health of our friends and families while working hard to cover this crisis. https://t.co/JgZQdTAiCT

ABC News chief White House correspondent Jonathan Karl, who Trump recently referred to as “cutie pie” (WTF does that even mean?!) responded to Rubio’s tweet by saying, “That tweet hit just after our friends at CBS News learned that one of their colleagues, one of their co-workers, died from coronavirus. A colleague at NBC died of coronavirus. We have two members of the White House press corps who are now suspected to have coronavirus, … Who does Marco Rubio think is taking joy and glee at more people being sick? That’s an outrageous statement. It’s a hurtful statement.”

.@jonkarl calls for Sen. Marco Rubio to apologize for claiming some in the media “can’t contain their glee” over the rising number of coronavirus cases in the United States: “That’s an outrageous statement, it’s a hurtful statement.” https://t.co/f8u2wbJuik pic.twitter.com/x7Vq7MP1Pk

It’s infuriating that Rubio, like his Republican cronies, are so ready and willing to march off a cliff for Trump. Even in the face of literal death, they are hewing to the party line in defiance of reality. We can’t become numb to the fact that this is craven, soulless behavior. If Republicans like Rubio haven’t woken up by now, they never will.