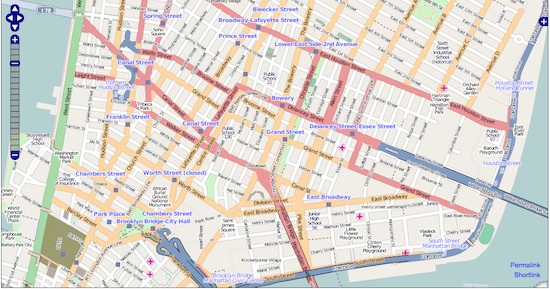 Maps finally join the open source movement: Starting with Blighty and later heading to the United States, AOL‘s MapQuest is unrolling an open source mapping project today that draws on free and editable map data from around the world. The initiative, named “MapQuest Open,” will use the new design for MapQuest, its beta mode unveiled last week.

OpenStreetMap, an Wiki community of cartographers, will provide the data. What’s more, AOL has announced it will be investing $1 million to encourage open source mapping in the U.S. As the OpenStreetMap site explains, “because most maps you think of as free actually have legal or technical restrictions on their use, [it holds] back people from using them in creative, productive or unexpected ways.”

According to AOL’s head of engineering, Local & Mapping, Randy Meech, American map “navigability needs improvement,” which would explain the decision to start the initiative in the U.K.

Having been upstaged by Google Maps in recent years with its superior Street View and 3D functions, MapQuest’s move to open source is a clever (and long overdue) business strategy. We can look forward to crowdsourced maps that can produce detailed, time-sensitive information. But of course, with the introduction of open source comes another danger: Release the trolls!