Collective Sigh of Relief: Manslaughter Charges Dropped Against Woman Who Miscarried After Being Shot 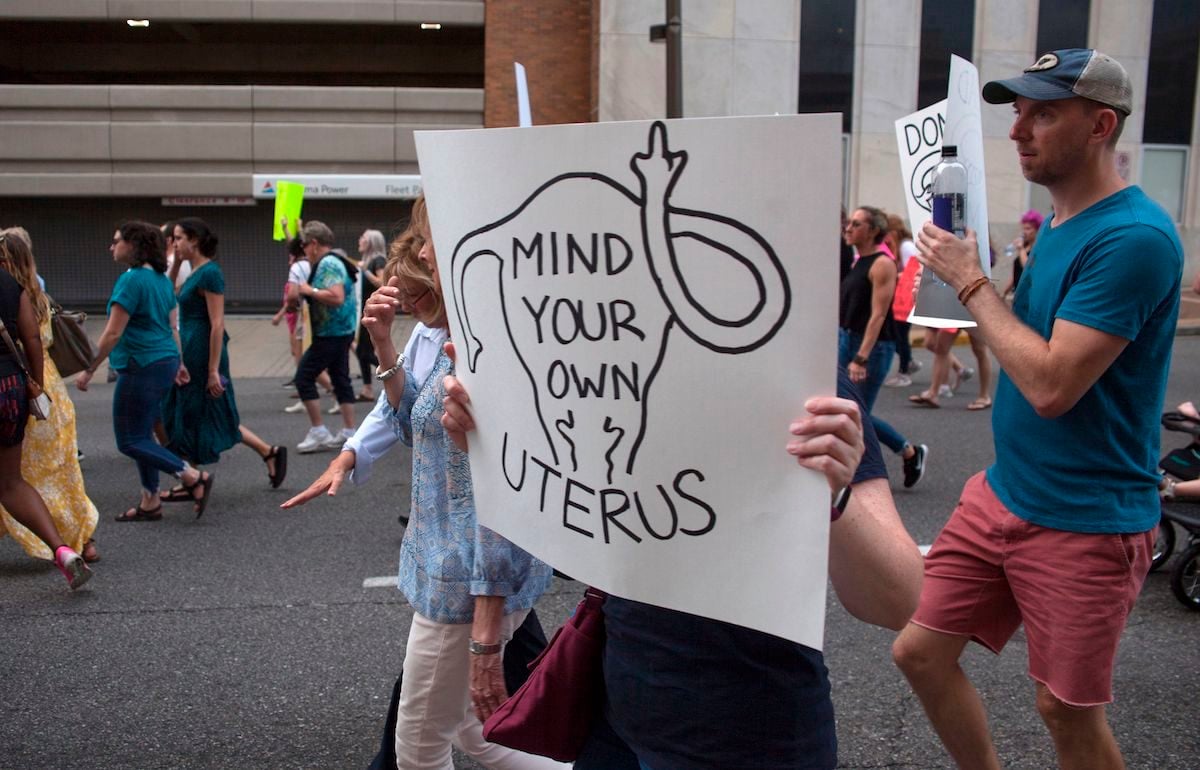 This week, we shared a collective sigh of relief when manslaughter charges against Marshae Johnson—a black woman in Alabama who was shot and miscarried while pregnant—were dropped on Wednesday, reversing a horrific decision that opened the door for women to be criminalized for the outcomes of their pregnancies.

And thankfully, the refreshingly not-terrible news continued when a federal judge ruled Ohio’s “fetal heartbeat” abortion ban (which would have banned abortion at six weeks, before most people know they’re pregnant) unconstitutional. The law would have taken effect on July 11 if it weren’t for the decision, brought forth by a lawsuit filed by the ACLU and Planned Parenthood.

The decision certainly comes as a relief, as the so-called fetal heartbeat ban—which actually refers to embryonic cardiac activity, as the embryo doesn’t become a fetus until the 11th week—is quite literally just a ban on abortion, and a state mandate of forced pregnancy and birth. But despite this decision in Ohio, a slate of other states have passed six-week abortion bans, too. Legal challenges against these laws in other states could lead to the same decision as in Ohio, or they could make it up to the conservative U.S. Supreme Court and impact the fate of women and pregnant people across the country by overturning the court’s Roe v. Wade decision.

The hope of sending abortion-related lawsuits up to the high court is certainly a strong motivational factor in anti-abortion state lawmakers’ constant flood of blatantly unconstitutional bills in states nationwide, and the terrifying truth is that, with Trump’s appointees on the Supreme Court and his promise of the demise of Roe v. Wade, anti-abortion lawmakers know it’s their time to strike.

On Wednesday, the Ninth Circuit Court of Appeals announced it would accept a fresh legal challenge to the Trump administration’s domestic gag rule policy, weeks after three Republican-appointed judges ruled the policy could take effect, even amid several nationwide legal challenges to the policy.

The domestic gag rule would allow the Trump administration to divert Title X funding from organizations that offer abortion care and abortion referral services, effectively silencing health providers from telling women and pregnant people about their healthcare options and jeopardizing their lives, health, and safety just to serve a political agenda.

With involvement from the liberal-leaning Ninth Circuit Court comes some cause for optimism, but ultimately, the previous ruling allowing the gag rule to take effect has placed some states in a precarious position.

Per Politico: “The ruling caught states that distribute Title X funds off guard, and they’ve been scrambling to figure out what exactly the ruling meant while emergency motions were filed. Grantees hadn’t heard from HHS, and a department spokesperson told POLITICO late last month that HHS had ‘not yet begun monitoring or enforcing the new rule. We will provide further guidance in due course.’”

This week, in a rare political move, the American Medical Association filed a lawsuit against North Dakota over a law that would require medication abortion providers to tell their patients about an option to “reverse” their abortion through an unethical, unproven method. The law in question is set to take effect August 1.

Last month, North Dakota joined a growing handful of other states with similar abortion reversal laws, which essentially mandate that doctors lie to their patients, and put their health and safety at risk, should their patients seek the treatment. “Abortion reversal” involves a woman, who has taken the first of two medication abortion pills, taking unsafely large amounts of progesterone in an effort to reverse the first pill’s effects, instead of taking the second abortion pill.

Activists and health professionals—including those at the AMA—have expressed concern with required abortion reversal counseling over safety and ethical concerns (since the method’s efficacy lacks any scientific support), but abortion reversal laws are also bound to an agenda of stigmatizing abortion and advancing the narrative that abortion is so shameful that those who seek it will naturally regret it. Of course, while different people will naturally have different experiences with, and feelings about, their abortions, research has shown the vast majority of women who have abortions don’t regret them.

The outcome of this lawsuit could carry significant implications amid an increasing trend of medication abortion use, with physical abortion clinics on the decline, and abortion reversal requirements being introduced in bills in more and more states.