Manga You Don’t Have To Wait For: Ouran High School Host Club 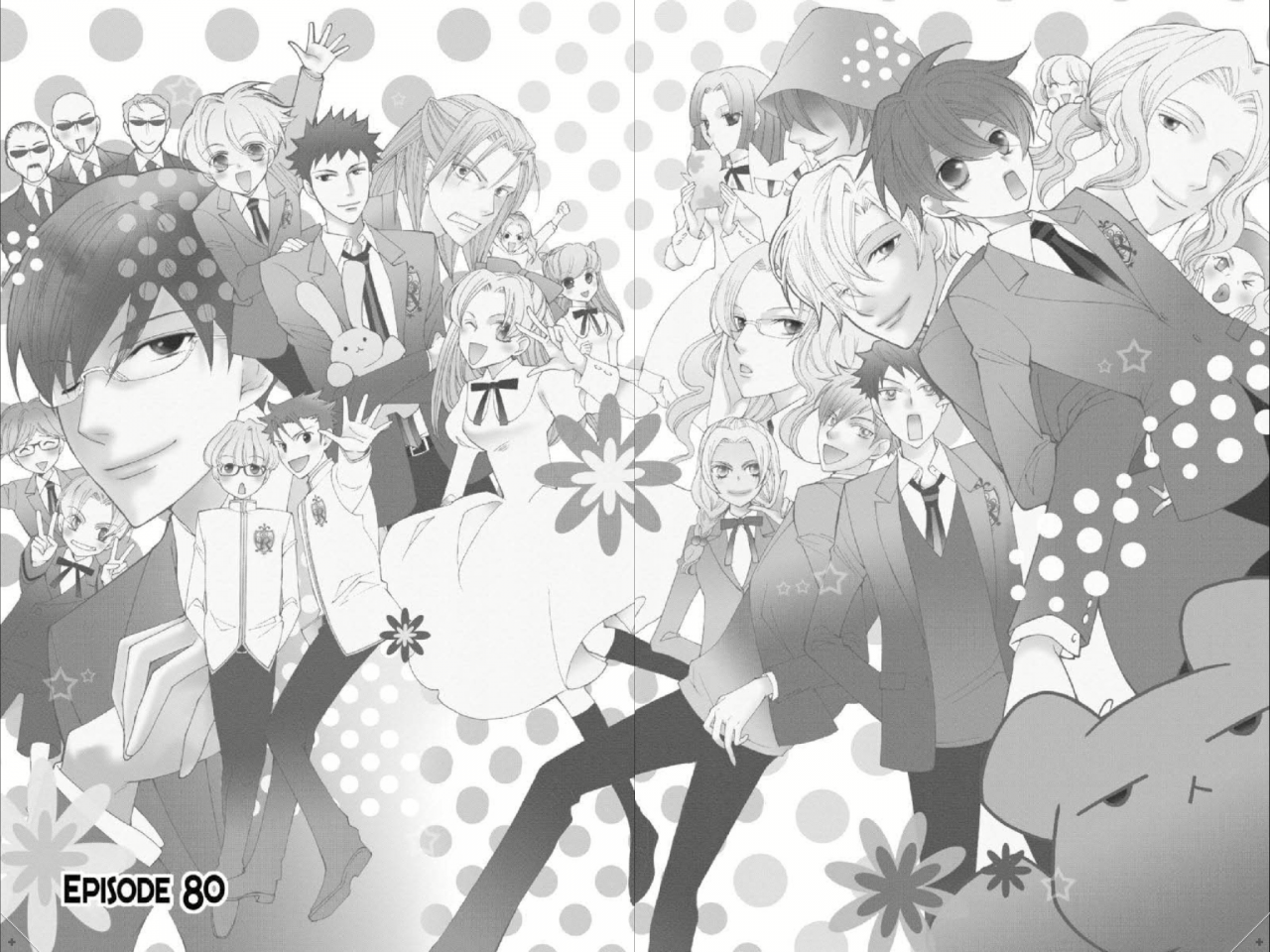 Welcome to “Manga You Don’t Have To Wait For,” our new series about fully-completed manga that you should pick up and binge immediately!

An extremely popular anime, Ouran High School Host Club has charmed many an otaku. But I’ve found that strangely few fans have read the original source, authored by Bisco Hatori.

As with most manga-based anime, Hatori’s Ouran expands the story much further than the show. Spanning 18 volumes and 83 chapters, the manga provides richer depth and development for our beloved characters: Kyoya tenaciously uncovers of a secret business partnership between Suoh Enterprises and Ootori Medical, Hikaru and Kaoru’s continue to define themselves as individuals, rather than a pair (even in their pursuit of Haruhi), Honey finds an adorable match in Black Magic Club member Reiko, Haruhi experiments with trying new things in an effort to be less apathetic, and Tamaki confronts his own weaknesses and fears as he reflects on his need to define the Host Club as a “family.” Only Mori remains stoic and constant as a character, but rather than feeling forgotten, seems fitting for his established role.

Plus, we get the most amazing “confession” moment between Haruhi and Tamaki! Seriously, the scene is perfectly true to each character’s personality and dispositions; I’ve not seen a more perfect romantic comedy moment. (Gomen ne, Hikaru shippers.)

And ohhhhh Tamaki…I’m not at all ashamed to admit I have a weird manga-crush on you. 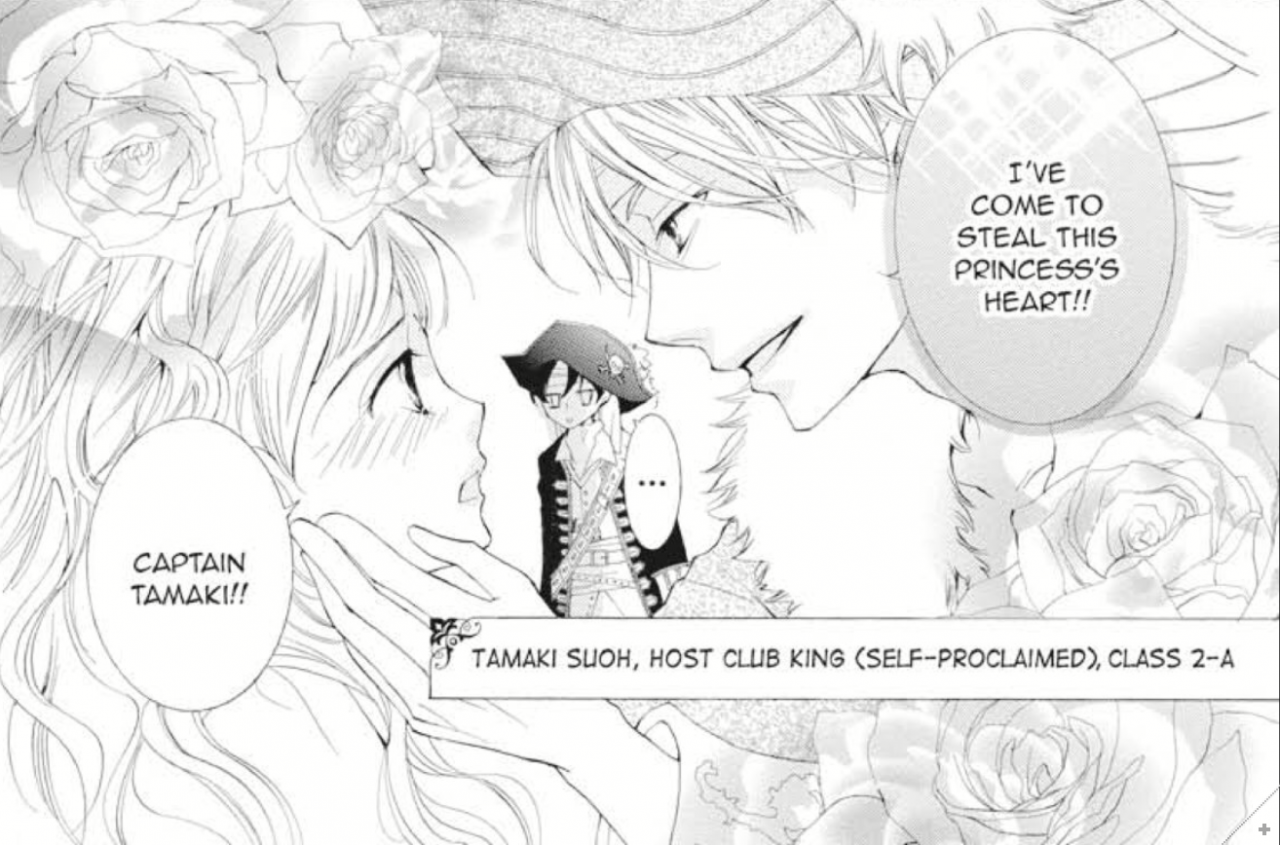 For those unfamiliar with the series, Ouran High School Host Club follows the story of one Haruhi Fujioka, an apathetic scholarship student at the prestigious Ouran Institute. One day, while in search of a quiet place to study, she stumbles upon the Host Club, a “group of six handsome, especially idle men” who entertain “females also burdened by a surfeit of leisure time.” 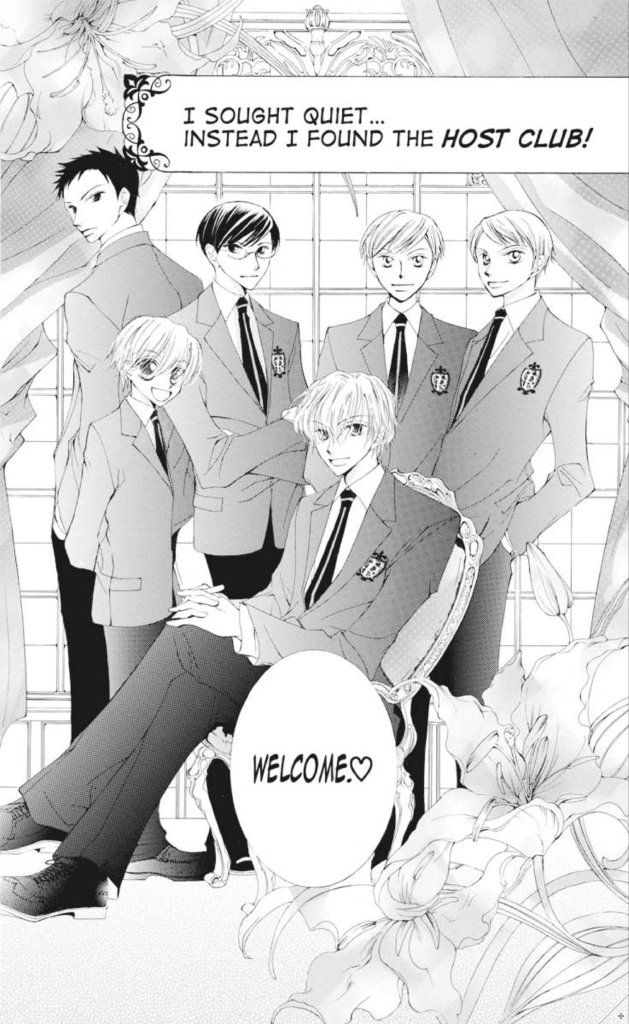 In her attempts to escape, Haruhi accidentally breaks an expensive vase. Mistaken for a boy, the group proclaims that she must repay the debt by joining the Host Club. The boys eventually do learn that Haruhi is, in fact, a girl, but she remains in drag in order to fulfill her duties as a host. The adventures that follow involve a cast of eccentric, lovable characters, from the otaku and self-proclaimed Host Club manager Renge Houshakuji to Mei Yasumura, the ganguro fashionista.

Ouran is a manga that keeps me coming back, even though I’ve read through it many times over. Between Tamaki’s over-the-top declarations of affection to every host club patron, his obsession with being Haruhi’s “father,” Hikaru & Kaoru’s mischievous schemes, and Haruhi’s outbursts at Tamaki’s idiocy – I still find myself in fits of giggles on each read-through. 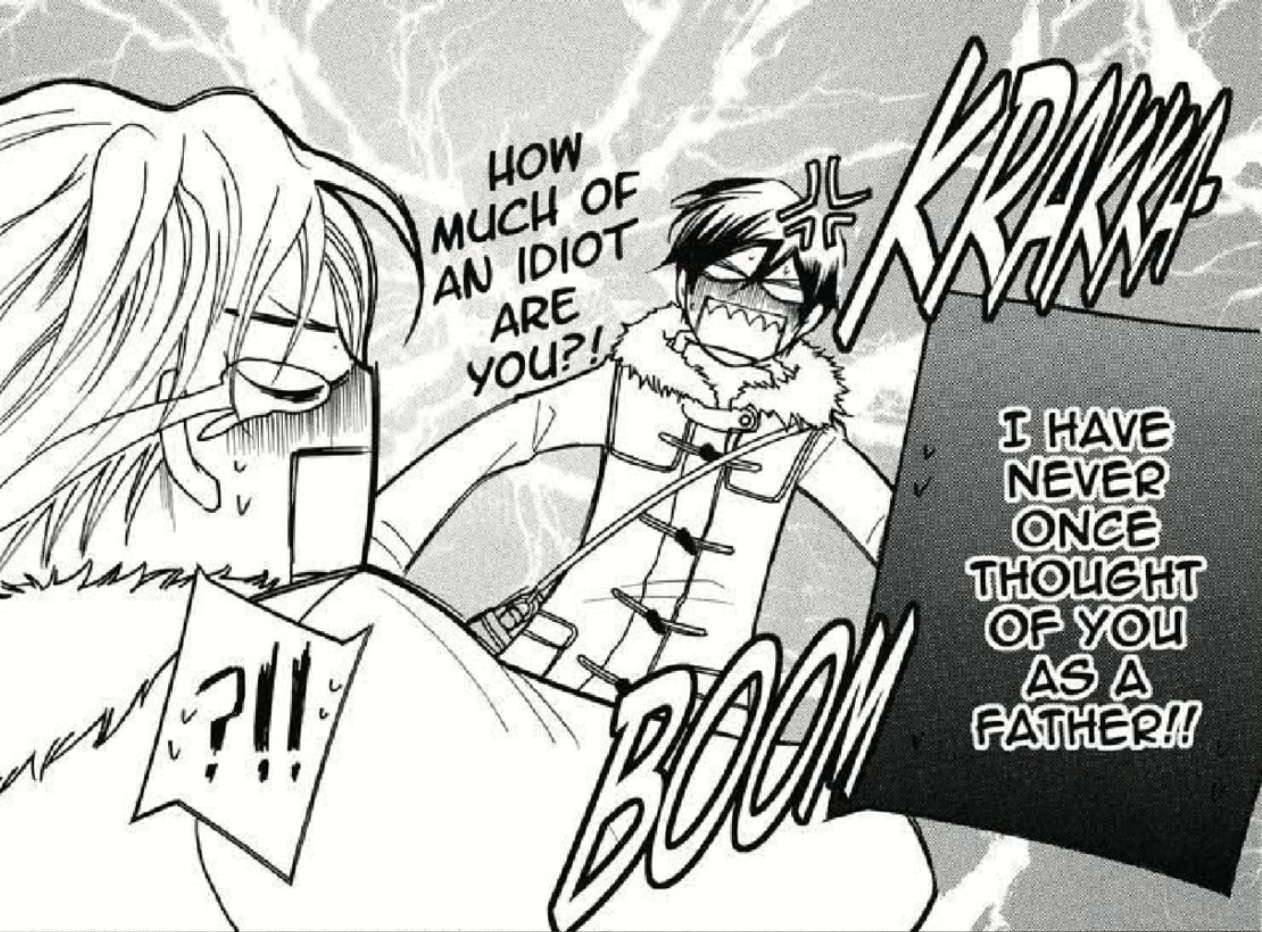 Ouran High School Host Club is truly unlike any manga in it’s class (though to be fair, I haven’t read Gekkan Shoujo Nozaki-kun – it’s on the list). Hatori’s main cast of characters, while outlandish, balance each other perfectly. It’s easy for such ridiculous plots to become hackneyed, but you’re always left wanting more – even after 83 chapters and 4 special epilogue chapters. Ironically, this is one manga I wouldn’t mind waiting for!