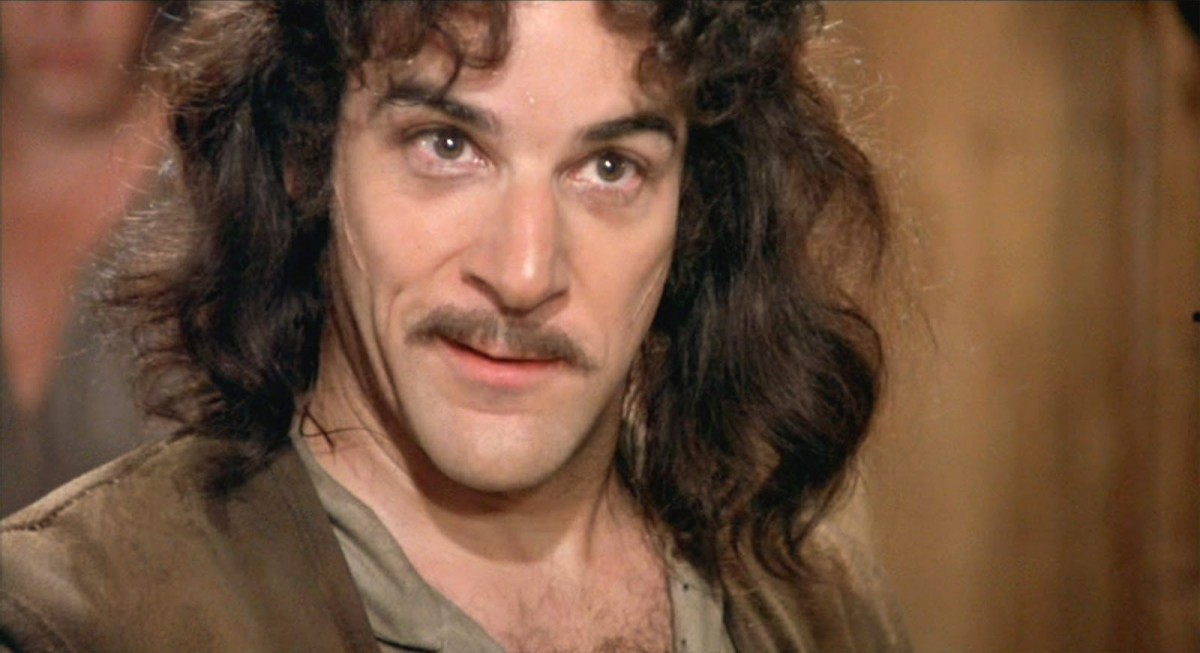 Mandy Patinkin brings many of us an unsurmountable amount of joy. Whether it is through his performance of Inigo Montoya in The Princess Bride or through his Broadway work like his recording of Sunday in the Park With George, where he played George Seurat, it’s undeniable that Patinkin is a talent to be reckoned with. And that talent has also been a source of comfort for fans, particularly when it comes to The Princess Bride.

The movie is a comfort movie by definition. The little boy (Fred Savage) is sick when his grandfather (Peter Falk) comes to read him a love story—one that the little boy in a Bears shirt seems to hate at the beginning. But, as the story goes on, he becomes invested, and the more we learn about this world with Princess Buttercup and Westley, the more we love them all. And one of the people there to help our two lovestruck characters end up together is Inigo.

He’s a man out for revenge because the six-fingered man killed his father, and Inigo Montoya wants to find him and kill him as well. It’s one of the best emotional arcs in the movie, and when Inigo finally squares off with him, the six-fingered man tells him that he’ll give him anything he wants, to which Inigo replies, “I want my father back, you son of a bitch.”

There were rumors online that the scene is so powerful because Patinkin had lost his own father and channeled that anger into his response to Count Rugen—a story that clearly meant a lot to Amanda Webb. They posted a video about how Webb’s father, who died from cancer in early 2021, loved the film and how the two appreciated Inigo Montoya most of all. But Webb also asked Patinkin whether or not the stories about his inspiration were true.

In an emotional response, Webb is crying in the original video, and it spurs Patinkin and his wife Kathyrn Grody to both have emotional reactions in their own.

@mandypatinktok@alaska_webb thank you for finding us and sharing this! ✨ Sending big love and light to you and yours. More in comments. ##grieving ##cancer ##dads♬ original sound – Mandy Patinkin and Kathryn G

In the comments, Patinkin shared responses to Webb further and also shared a quote from the musical Carousel, writing, “One of my favorite quotes is from the Musical Carousel. ‘As long as there’s one person on Earth who remembers you, it isn’t over.'”

Webb posted her own response to Patinkin’s video.

As someone who also has a father who is sick with cancer, this hit me in a way I was not prepared for—mainly because I understand that feeling much more than I ever did before. I understand the pain of wanting to fix something you really can’t and wanting to just defeat the thing coming for him. Thank you to Amanda Webb for asking this and to Mandy Patinkin for answering so honestly.

This story is incredibly emotional whether you have a sick dad or not, and I don’t think I’ll stop crying anytime soon.