The Mandalorian Was Filled With Easter Eggs, Including … Mark Hamill!? 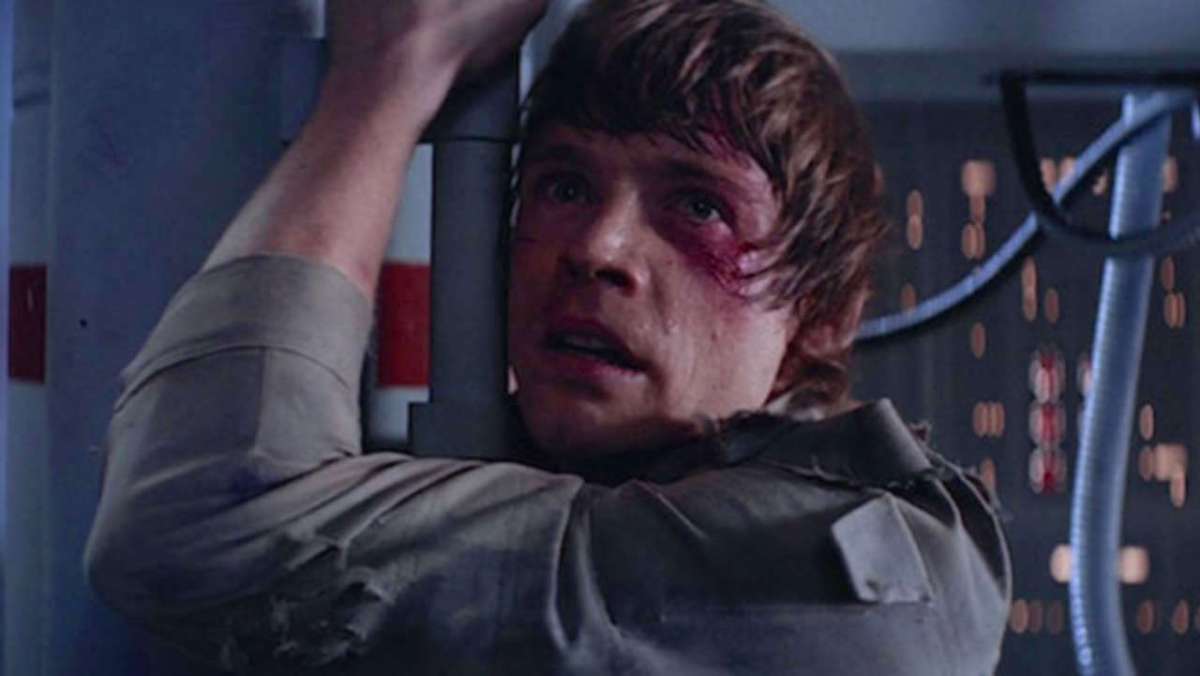 The world of Star Wars has always been interconnected, but watching the latest episode of Disney Gallery: The Mandalorian, it’s clear that a bunch of nerds made Disney+’s hit live action Star Wars show. I say this with the utmost respect because I, myself, am a huge nerd, but also because I’m referring to Jon Favreau.

The making-of series’ latest episode starts off with a story about this ice cream maker prop that ended up in The Mandalorian that is based on a character that fans have named Willrow Hood. In the background of Empire Strikes Back, there is a man running around Cloud City just straight up holding an ice cream maker. Why? He was an extra, and they probably didn’t think, at the time, about how intense the Star Wars fandom could be and the fact that we’d pause it and see a man saving his ice cream maker, and yet, here we are.

So, Favreau, in his nerdiness, brought that into The Mandalorian, and it opened the door for connections from throughout the entire franchise to surface. From troopers from video games and other movies to the use of the Darksaber and more, the series has a lot of connections and cameos that fans may not have even realized.

“I love The Mandalorian so much,” I said to myself while watching this episode, and I honestly have this feeling frequently. It’s funny, because so much of this show is just fans getting to play with Star Wars. There’s a part when Jon Favreau is talking to George Lucas about the Mandalorian’s weapon, and he points out that it’s canon from the Star Wars Holiday Special, and George Lucas basically says he had nothing to do with that, and it is maybe the funniest thing I’ve ever seen.

But what really hit home was Mark Hamill’s involvement in the show. EV-9d9 is a droid from Return of the Jedi and is now a bartender who talks to Mando. Before this episode, I had no idea that Hamill did the voice (though he’s certainly no stranger to voice acting), and it’s just a beautiful touch to this series and why we love it so much. It’s also great because, back during A New Hope, droids were not even allowed in the bar on Tatooine, and now, when Mando goes there, a droid is the main one in charge.

The show also talked about using the 501st legion (a group of cosplayers who dress up as screen-accurate stormtroopers for events and are often hired by Lucasfilm). In the show, they got the 501st legion to come shoot in the finale, and it was honestly wonderful to see all these fans get to talk about bringing their favorite series to life.

Favreau and Dave Filoni are fans themselves, so they don’t want to give us something that isn’t crafted for fans. Giving us odes to the original series and including cast members from the franchise just makes it that much more special. For the future, I do hope we get to see other characters or actors we knew and love.

I would give my left arm if it meant that Harrison Ford had to voice a droid at some point, because stuff like that is easy, fun, and gives fans (like myself) something to scream about. Mark Hamill coming back as EV-9D9 isn’t surprising (he loves this series, as well as doing voiceover work), but I hope he comes back again for season 2 and beyond.

Anyway, I have to go buy this ice cream maker now so I can be Willrow Hood.