Sure dude, it's the "culture wars" and not your personality. 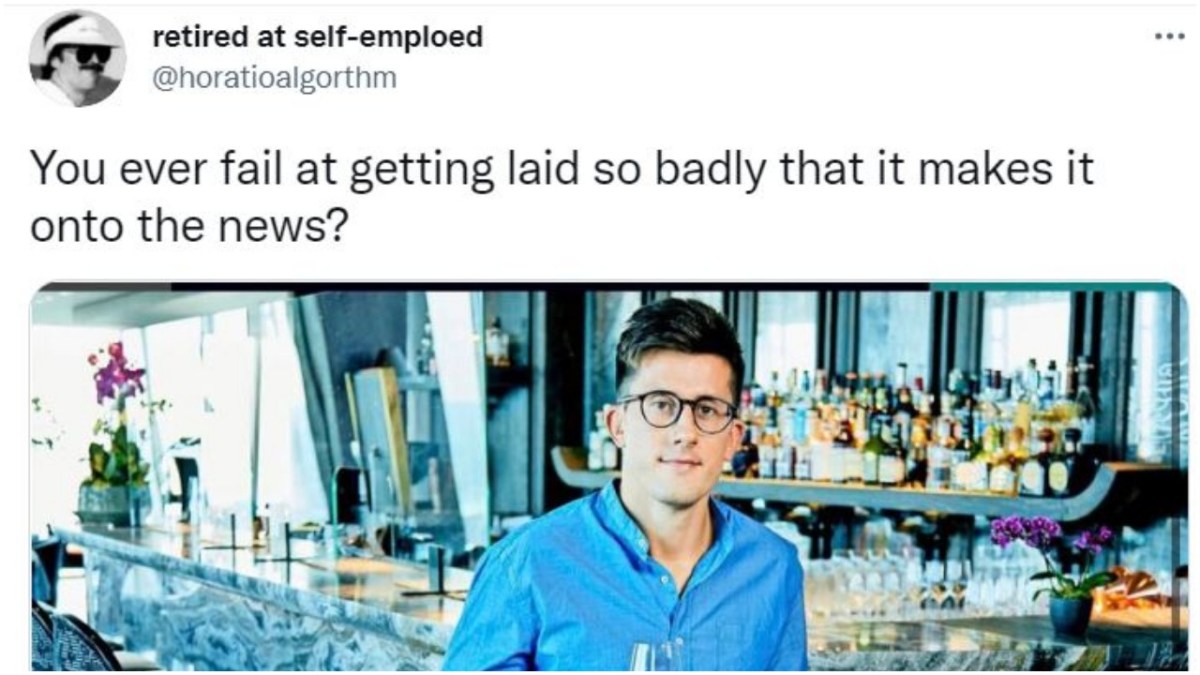 Dating is often difficult, sometimes hilarious, and frequently disappointing. But still we soldier on, updating our profiles on Tinder and Bumble, hoping to meet a like-minded soul out there to build a life with (or at least spend an evening with). I myself am I big believer in online dating (it’s how I met my husband) but I went on plenty of disastrous dates before him.

Apparently, however, there’s a new development that’s ruining the dating lives of single men everywhere: the Culture Wars! (DUM DUM DUM!) Or at least, that’s the argument that writer David Bates makes in his op-ed for The Times UK titled “Undateable at 29 — are my views too ‘problematic’ for Hinge and Bumble?”

Listen. The existence of such shows as #90DayFiance prove that there’s hope for EVERYBODY. If he’s THIS “undateable” at 29, & refuses to acknowledge he needs to better himself, then…my friend…consider a monastery. https://t.co/Ewju9YJ3yV

In the op-ed, Bates complains that the proliferation of politics within dating profiles is ruining the experience for himself and others, writing, “… dating, it seems, has been swallowed by the ‘culture wars’, and where once we had ‘types’, now we have factions,” adding that “all university-educated, London dwellers aged between 24 and 33 — there was a recurring theme: no Tories allowed.”

Bates continues, “I’ve looked at a lot of these profiles, read thousands of prompts and never seen one that criticises the Labour Party (presumably in a different social corral they do exist). Those deriding the Conservatives, though, are plentiful. One common response is the basic: ‘You should not go out with me if . . . you are a Tory.’ And with that position comes a list of ideological requirements, ostentatiously displayed, which feel incongruous with attraction.”

I would argue that it’s not the dating sites having problems with your shitty opinions, but quite possibly the women on said dating sites that find your positions untenable, therefore making you “undateable” https://t.co/q3sr1BrtYD

Tories, the UK’s conservative party, are apparently miffed because they’re being judged for their political views. But as conservatives on both sides of the Atlantic move further to the right, it’s no surprise that London’s young, diverse, and overwhelmingly liberal singles don’t want to date conservatives.

Bates, who is quick to label himself a liberal (lest he lose even more dates) complains that folks are too caught up in virtue signaling. He bewails, “what relevance does this have to love or attraction? What about luxurious hair and laughter and a nice face?”

The thing is, luxurious hair cannot compensate for someone who believes that women shouldn’t have reproductive freedoms. Laughter cannot make someone who villainizes immigrants palatable. And no matter how nice your face is, transphobia and homophobia are dealbreakers.

Undateable at 29–are my views too ‘problematic’ for Hinge and Bumble? pic.twitter.com/RneIyRx1Ls

Bates would like to separate one’s political beliefs from romantic compatibility, but political views are an extension of one’s values. And no one can build a life (let alone a casual relationship) with someone who holds odious values. To put it bluntly Mr. Bates, you’re not single because of “culture wars.” You’re single because you’re an a-hole.

I just read through and the biggest issue this guy has is believing that people seeking an idealogical match are somehow misguided.

Yes, sir, those things ARE important, and if you don’t understand that then maybe you are undateable.

(via The Times UK, image: screencap)