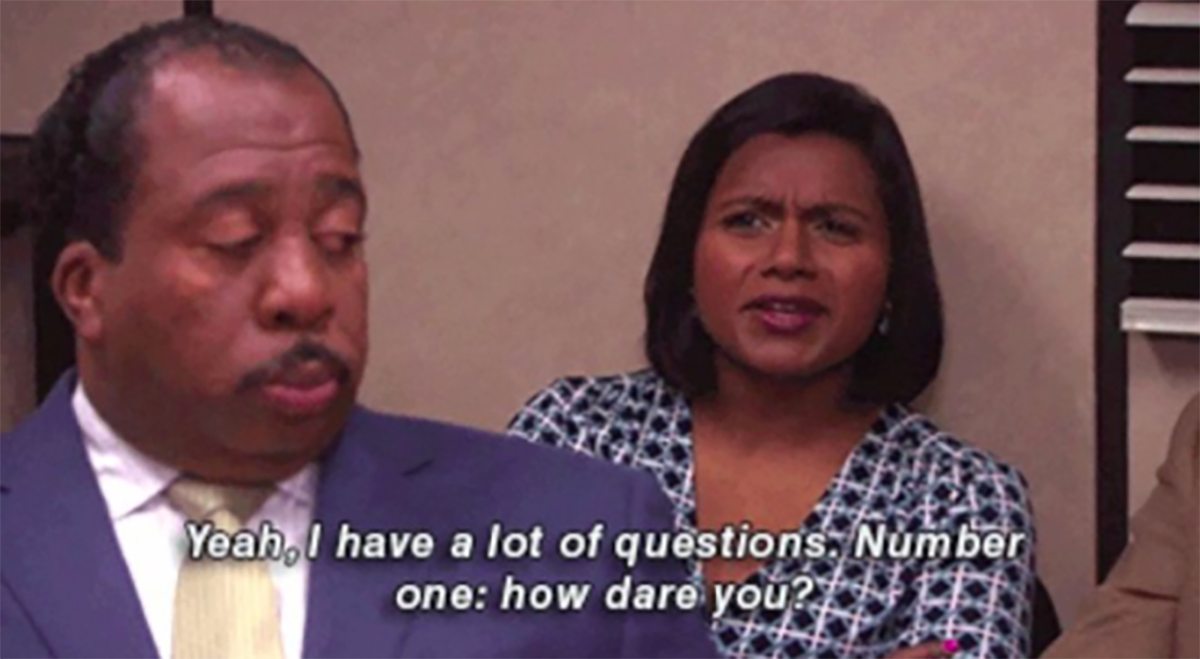 Many of the stories that pop up on the AITA (Am I The Asshole?) Reddit Twitter account are infuriating—mainly because it is, typically, men who are fragile and do something completely outrageous and then want to know why the person they hurt is reacting in such a confusing way. For example: A man deletes something that someone has been working on for years because he feels like he’s not getting enough attention, and then wonders why said person whose stuff he deleted is mad at him.

I’d like to delete their recorded football games and see how they react then.

This man deleted his girlfriend’s Instagram by breaking into it with a password reset and then got mad at her for being “incredibly selfish and throwing a tantrum over a random app.”

Now, here’s the thing: the audacity. Not only did this man think he had the right to delete her account without her knowledge after he broke into it, but he doesn’t understand why he’s the asshole and calls her childish?

I have to say, anyone who did this to me would rue the DAY they not only violated my privacy by GOING INTO MY EMAIL ACCOUNT AND CHANGING MY PASSWORD but then also USING THAT ACCESS to permanently delete my Instagram account because … what? You didn’t get enough attention from me? I’d delete everything you love and then break up with your ass.

Granted, I’m a Scorpio, so I wouldn’t just let it end the relationship. I’d want it to end everything he ever loved, too.

But what’s sad is that he’s just another one in a long line of men who think they have … any right to dictate what the women in their lives do with their time. Recently (meaning yesterday), another man wanted to know if he was the asshole because he reached out to his wife’s boss to say that she seemed stressed and, essentially, got her demoted.

AITA for going over my wife and speaking candidly to her boss? https://t.co/X2Mu3FcVxH pic.twitter.com/tGzDbSLCaF

His mindset was that it should be fine because she didn’t lose any money, and honestly, that is the perfect example of the difference between how some men think versus how women think. I don’t care if I got to keep the money but got a lesser title because someone thought I wasn’t doing my job right. I’d want to make sure I did the best I could because I don’t want to end up as some statistic as why women shouldn’t be hired.

This husband just, again, going behind her back to call her boss and say she’s stressed out? She’s never going to be able to get another promotion at that job again, all because he thought he knew better.

The entire account is filled with frustrating stories where men think they know better, and it is a real “that’d be the day” while you’re scrolling through the questions. Chances are, if you screwed someone else over and they’re not talking to you, you’re the asshole. In both of the cases I shared above, that is most definitely the case.