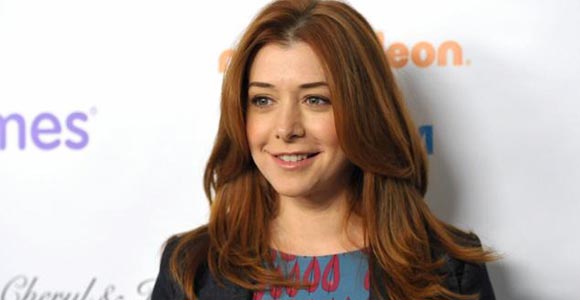 When do you go from banning/blocking someone on your websites to having a judge do it for you? Buffy the Vampire Slayer and How I Met Your Mother star Alyson Hannigan had that decided in court this week after receiving threats online.

Earlier this year, E! News reported Hannigan got a temporary restraining order against a New Hampshire man after he threatened not only her, but her family, online. They write the man “has possessed a pistol permit since 2000 and was recently discharged from a mental hospital.”

Hannigan is married to former Buffy co-star Alexis Denisof and the couple have two girls together. The individual in question posted threats of violence and death on Facebook more than once with one directly mentioning Denisof. In her original filing, Hannigan reported local police visiting the man who “fully acknowledged his interest” in the actress. They say he agree to visit a mental-health clinic but still said he would be traveling to California to find her.

Fast forward to this past week, E! News ran an update on the case. Los Angeles Superior Court Judge Carol Boas Goodson issued a three-year restraining order against the man which states he may not come within 100 yards of Hannigan or her family. The ruling also says the man may not contact her in any way, including posting about her online, for the same time period.

I’m not familiar with current restraining order rulings but does this online-specific restriction set a precedent others harassed online could benefit from?

(via Blastr, image by John Shearer)