Man Spends Over 0,000 Preparing for End of World | The Mary Sue 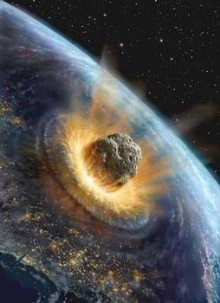 46-year-old Robert Bast of Melbourne, Australia is a seemingly normal guy. He works in Internet marketing dor his day job, has a wife and three children, and runs website Survive2012.com as a hobby when he’s off work. That website, though? It’s about how the world is going to end in 2012, when the Mayan calendar predicted. Also, Bast has spent over $350,000 on preparing for the end of the world. You know, like you do.

He says the end of the world could come at anytime, which is true, if you believe that, technically, anything can happen at any time because you don’t understand the ways of the universe. Bast claims there will certainly be some kind of catastrophe in his lifetime, so he should prepare for it. Not an irrational theory, after all, better safe than sorry, but considering his age of 46 and the average human lifespan, that world-ending catastrophe will happen somewhat soon.

“What is certain is that in my lifetime, there is a strong likelihood that there will be a catastrophe of some kind — the sun destroying power grids, a flu pandemic that kills millions, an asteroid or meteor or comet striking earth or a magnetic pole shift.”

The majority of the $350,000 cost was put into buying a 75-acre plot of land that is 1,5000 feet above sea level (in order to avoid tsunamis and flooding), on which he build a house and bunker. He spent $10,00 on a pickup truck to drive him to the safe spot in case of emergency, and spent $5,000 on stockpiles of food and water, as well as $11,000 on your standard array of survival equipment — batteries, generators, water purifiers, solar power, and gas cookers.

Though Bast has a regular income from his day job that he has been saving money from, in order to fully pay for his safe house, he took a second mortgage on out his regular house, something one wouldn’t want to do unless they’re crazy or actually believe they need to. Bast obviously falls into one of those two categories, at the very least.

So, are you preparing safe houses for when the world ends later this year? Or since the world is ending, are you just going to go with the flow since a safe house probably won’t save you from the planet exploding?