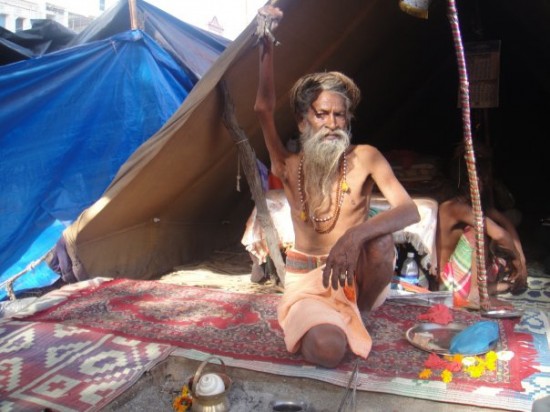 Indian Sadhu Amar Bharati claims to have kept his hand raised for 38 years in devotion to Hindu deity Shiva. One day in 1970, Bharati left his job, wife, and three children in order to pursue his devotion to Shiva; three years later he felt he was still too connected to the luxury of mortal life, and decided to raise his arm and keep it raised in order to disconnect himself from said luxuries of mortal life.

As one can see from the above picture, his raised arm is much more deformed than his other arm. He claims that he dealt with immense pain for quite a while, but it eventually subsided and now he can’t even use the raised arm if he wanted, as it atrophied and is now stuck in its current raised position. Bharati inspired other sadhus to raise their arms as well, some of which have managed to keep them raised for 7, 13, or even 25 years, forever asking for permission to speak in class. 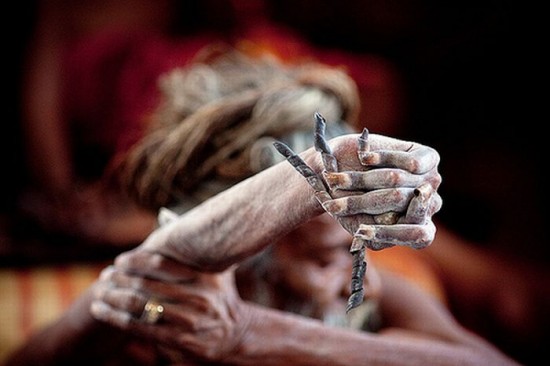 (via The J-Walk Blog, Oddity Central)