Scientists Discover A Main Cause Of Male Pattern Balding 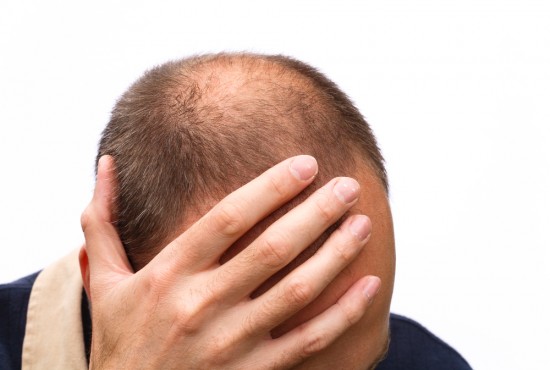 No one likes male pattern balding, especially males who have it or who are at risk for having it in the future. Fortunately for men in the future, and to the doubtless envy of men in the past, researchers at the University of Pennsylvania have made strides in discovering the main cause of male pattern baldness. Or one of the main causes, at least.

The study involved examining the scalps of 20 bald men, poking around up there and seeing what was going on. The important discovery that could prove to put an end to the embarrassing condition is that the protein PGD2 is three times more prevalent in the skin under bald spots than it was in the skin under hair spots. Further investigation showed that an increases in PGD2 precedes thinning, establishing this as a cause and effect relationship; PGD2 inhibits hair growth.

Conveniently enough, 10 drugs that are already for sale can block the receptor that lets PGD2 cause its trouble, essentially nixing the protein’s nasty effects. The hope is that a cream or tonic developed from these drugs can prove to be an effective way to combat male pattern balding. “Our findings should lead directly to new treatments for the most common cause of hair loss in men,” the researchers said in a press release.

While this new discovery is promising, it doesn’t directly mean anything for treatment of baldness in women, although there are plans to research that further in the future. Also, who’s to say that there can only be one main cause of baldness in men. Hopefully there isn’t something else lurking under the surface to help make balding a persistent issue. With any luck though, we’ll see new, effective treatments for baldness in the near future. And maybe it’ll help lead to some creams and tonics that can encourage baldness because that’d be wonderful for my feet.