Not Gonna Lie, This Proposed Male Contraceptive Is Making Me Pretty Jealous 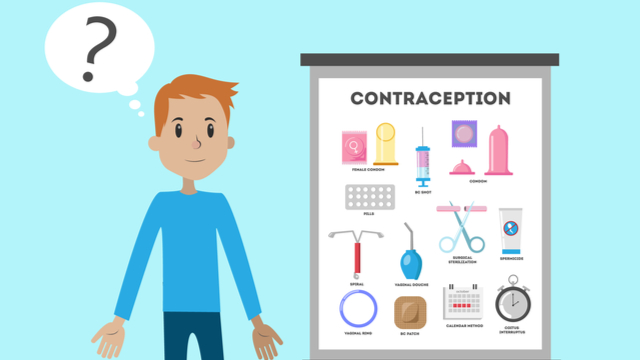 A clinical trial is beginning this spring to test a new contraceptive gel for men. As of now, the only reliable options for male birth control are condoms and vasectomies. One of those has an 85% effectiveness rate (spermicide and the pull-out method are even less effective) and the other is an invasive, permanent procedure. Clearly, men need a better option.

The gel now being explored would be applied to a man’s upper arms (yes, arms) and shoulders every day, but the hormones—testosterone and a form of progestin—last for about 72 hours, so it’s not a huge deal if he misses a day. I’m not sure what the side effects are, but they’re likely minimal, since previous studies have been abandoned if the men had to endure serious side effects. The last clinical trial of a male contraceptive was in Europe from 2008 to 2012. That one was a shot of hormones injected every two months. But it came with heavy side effects like mood swings and depression. (Also, pills seem to be less effective for men because of how quickly synthetic testosterone is flushed from the body.)

This gel sounds great. I’m all for developments in contraceptives. Anything that lets anyone have more control over their body and their reproductive choices is to be celebrated. But I also have to admit that I am feeling a tad bitter about this option being available for men. Okay, maybe more than a tad. Maybe kind of a lot.

Where to start with this? How about with the fact that that last trial with the hormone injections was ended because of the side effects. Now, depression is incredibly serious, and I am not saying men should just suck it up and deal with it as an inevitable trade-off for reproductive autonomy. I am absolutely not saying that. I’m saying that’s essentially what women have been told for as long as we’ve had access to birth control that affects our mental and emotional health, and that’s horrible.

The side effects of birth control range from weight fluctuation to risks of blood clots, to mood swings and depression. The most effective method of birth control, which has the option to be hormone-free, is the IUD, and having that inserted is an invasive procedure that, for some women, is also incredibly painful. None of those are side effects men want to put up with, so what did the researchers do? They invented another option. I sure would like another option.

I’m also jealous of that 72-hour window of wiggle room. It’s ingrained in women on the pill that we have to take it at the same time every day. And while there is reportedly a slight window on that, it’s nowhere near that forgiving.

Finally, I’m very interested to see how this fits into the GOP’s unending quest to eliminate access to birth control. Will they express the same sort of moral outrage over this that they do regarding women’s reproductive rights? I have trouble believing that will be the case. I’m guessing they’ll be able to compartmentalize this as an innocuous men’s product—after all, it’s just a gel that goes on a guy’s arms; they won’t actually have to think about a woman’s cervix or menstrual flow or anything that tends to give those fragile, queasy politicians the ickies.

There’s also the question, of course, of whether men will actually use the gel. And will women feel safe in trusting someone else with 100% of their contraception? As much as I trust my partner, I have to admit I would just feel more confident knowing I’m the one in control of my uterus. In a 2011 study, 42% of people said they were concerned men were would forget to use a daily male contraceptive, and women were more likely say so. In another study, only 25% of men worldwide were even interested in taking a contraceptive. That’s not a great sign that they’d take it as seriously as they’d need to in order to actually prevent unwanted pregnancies.

Still, it will be a while before we have answers to these questions. The trial starting this spring will involve 400 same-sex couples in six countries. The men will use the gel (which does not protect against STDs) for about four months, while the women use a backup method of birth control and researchers monitor the men’s sperm levels. Once their sperm count is low enough to prevent pregnancy, the women will go off of their method. After that, it will likely still be a few years before the gel is made available to the public.