For the First Time Ever, the Super Bowl Will Feature Male Cheerleaders 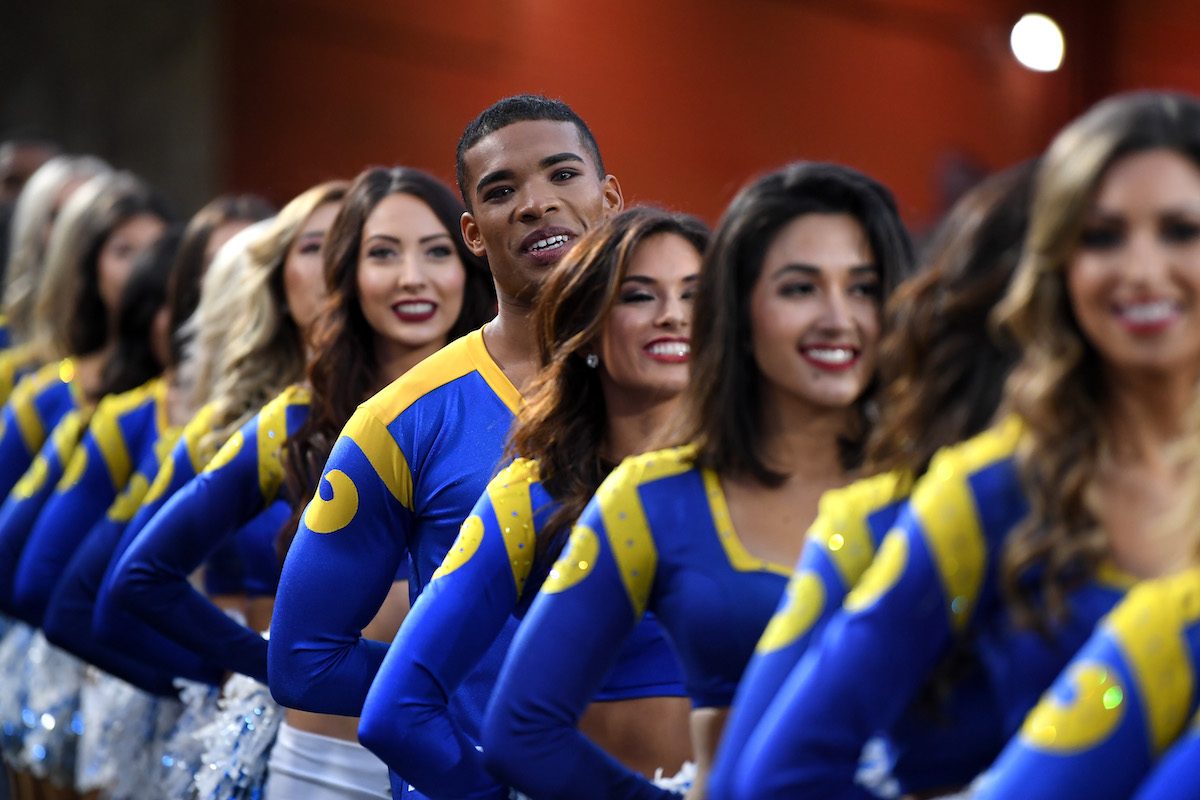 This Sunday, for the first time ever, the Super Bowl will feature male cheerleaders on the field. Last spring, Quinton Peron and Napoleon Jinnies made history when they joined the cheerleading squad of the LA Rams, along with Jesse Hernandez, who joined the New Orleans Saints. Other NFL teams have featured men in stunt anchor positions, but not as dancers, doing the same choreography as the female cheerleaders.

Cheerleading began as a male activity in the 1800s, back when it was a college sport at a time when women were barred from attending those colleges. Women didn’t fully take over the sport until the WWII era, and while in recent decades, more boys and men have entered cheerleading at the high school and college level, until this year, the NFL had no male dancers.

What the NFL has had is a problem with sexist, antiquated discrimination against its female cheerleaders. Last year, a fired Saints cheerleader named Bailey Davis exposed a number of oppressive rules stipulating how cheerleaders were required to conduct themselves. This included no revealing outfits on social media (despite their less than conservative work uniforms), being required to block male players from all teams on social media, and not being allowed to dine in the same restaurants as players or even speak to them at any length. That meant that if a cheerleader was eating at a restaurant and a player walked in, she would have to get up and leave. At the time, Kareem Abdul-Jabbar rightly dubbed this “the NFL’s plan to protect America from witches.”

Clearly, the NFL has a lot of work to do when it comes to gender parity and respect. In regard to the Saints’ and other teams’ reported mistreatment of its cheerleaders, the organization relegates responsibility to individual teams. It’s a cop-out, but the Rams are setting a strong example of how simple and exciting inclusion can be. When Peron and Jinnies made the Rams, the team designed special outfits for them, they adjusted some choreography to include bigger, stronger arm movements to highlight the men’s form, and they stopped dancing to songs like “Single Ladies” and others that are glaringly uninclusive. None of those changes sounds like a huge undertaking, and fans are apparently responding to the men positively, being really excited to meet them at events.

Last summer, Peron told Good Morning America that it was the LA Lakers’ squad that inspired him to audition. “I was at a Lakers game and I was watching the Laker Girls,” he said, “and I was asking myself, ‘Why can’t I be down there?’ I’ve choreographed for girls who dance on pro teams, I’ve danced with girls on various pro teams. I just thought, ‘why not me?'”