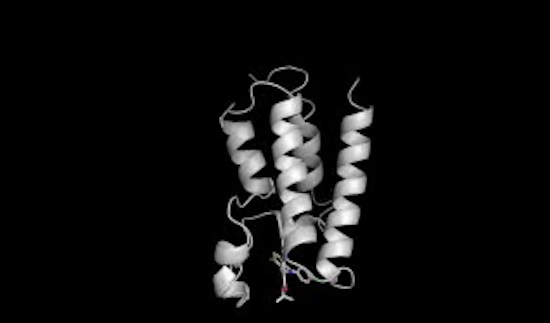 Science doesn’t always find what it’s looking for, but sometimes it finds something cool anyway. Researchers at the Dana Farber Cancer Institute proved this to be the case today when they released a new study on the molecule JQ1. While the molecule didn’t have the cancer-fighting properties that researchers hoped it would, it did demonstrate some other interesting qualities. Namely, it interfered with the formation of sperm, making it an excellent candidate for a reversible means of birth control for men, and the first that could be delivered in a simple pill.

The molecule being tested, JQ1, short circuits production of a hormone, BRDT, in the testes. While the BRDT hormone doesn’t seem to have any function in cancer formation, it is a major player in the formation and maturation of healthy sperm. Lab tests in mice showed that animals treated with JQ1 not only produced less sperm, the sperm that were produced were slower swimmers than those found in untreated mice.

A hormonal solution to the issue of male birth control — which hasn’t had a major step forward as a field since the advent of the condom about a billion years ago — is especially promising because it opens up birth control for men that is not only reversible, but as easy to administer as taking your morning vitamin. That’s because relying on hormonal manipulation would allow the treatment easy access across the blood-testes barrier, making it by far the simplest and most easily reversible male birth control prototype of the many being recently floated.

The JQ1 molecule isn’t going to be a solution for male birth control in humans on its own, but it does provide researchers with a great starting point, acting as a blueprint to develop drugs that work along similar principles. That’s not bad news, though — all it means is that there’s a lot of research left to be done on the compound, with the promise that the drug that eventually comes out of it could be more potent, specific, and finely honed than the current iteration.