Your Sperm Can Do Calculus 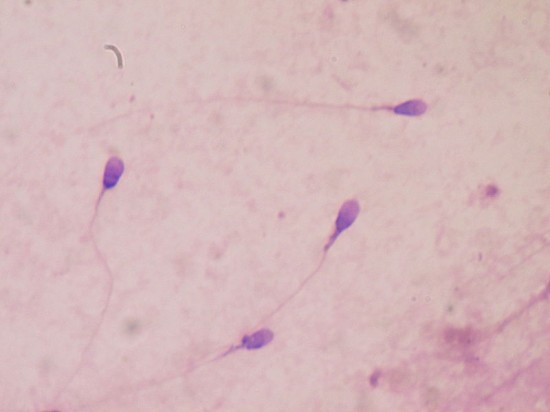 Every self-respecting man has a certain affection for his swimmers. Your sperm is the best sperm, the most virile sperm, a real sperm’s sperm. It’s only natural to feel a certain swelling pride in your reproductive material, at least, I think it is. Well fellas, I’ve got a fun fact to feed into your evolutionary boastfulness; your sperm can do calculus.

So your probably wondering why they do calculus. Are there matheletes competitions in the fallopian tubes? Do they need to calculate the rate of a growth of a conical pile for extra credit points? Not quite. It all comes down to calcium concentration and how fast they wag their little tails.

How are they doing it? That’s a bit less clear. The best guess scientists have now is that sperm have a pair of proteins to which calcium ions will bind at different speeds, allowing sperm to sort of chemically derive the rate of change. That’s not for sure though. Whatever is going on in there, sperm-speed is determined by something that requires calculus to express.

So there you have it guys. Even if you brain can’t perform (or remember how to perform) calculus, your sperm can. Granted, they can only perform a very, very specialized variety of it, but that’s more than a lot of us can say. Just don’t try to get them to do your calc homework for you. I can’t imagine that’d go over too well.