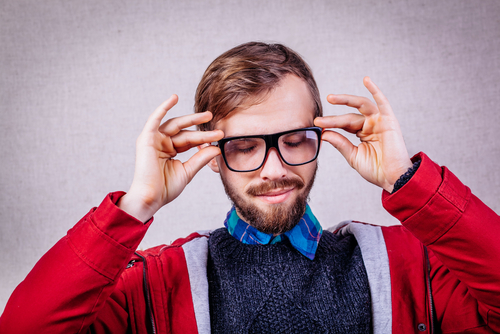 Men mansplaining things to women is bad enough, but as it turns out, male privilege creates the kind of ego in academia that causes men to mansplain to each other, too!

A recent study published in a paper at the Cornell University Library called Men Set Their Own Cites High: Gender and Self-Citation Across Fields and Over Time found that male academics are 56 percent more likely to cite themselves in their own papers than women are. What’s more, the researchers wrote that “In the last two decades of our data, men self-cite 70% more than women. Women are also more than ten percentage points more likely than men to not cite their own previous work at all.”

They came to these conclusions after studying 1.5 million academic papers from JSTOR published between 1779-2011. These findings mean that, in addition to not citing women at all, they’re also explaining things to each other by citing their own previous work. To be honest, I didn’t even know you were allowed to do that? Isn’t that the sign of, like, a bad researcher? Are respectable academics actually doing this and, like, it’s considered okay?

This is a problem not only because of the inherent bias this can cause within papers, but also because it shuts down the voices of others in various fields. As The Washington Post explains, “Academics are more likely to cite papers that are already well-cited, so citing yourself means more citations from others. And more citations means better career-advancement opportunities.”

Note to Male Academics: This is exactly why feminism is your fight, too. I mean, you should be a feminist simply because women are people and deserve to be treated equally to men, but if that’s not reason enough to sway you, consider this. Mansplaining affects you getting ahead in your careers, too. So, you know, round up your bros and have a loving chat about how they need to spread the wealth. While you’re at it, make sure they know that they should be spreading the wealth to women and people of color, too.