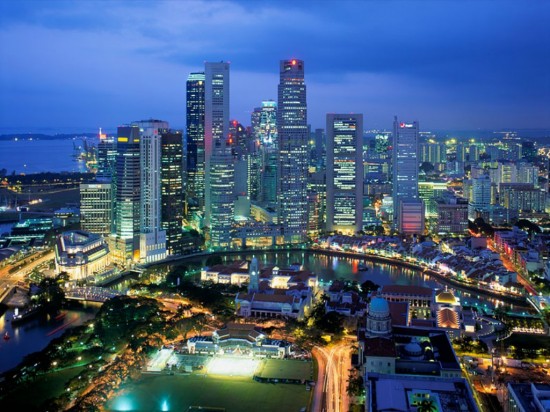 Every restaurant in the largest city in Malaysia, Kuala Lumpur, is now required by law to provide Wi-Fi to its patrons. Both a forward-thinking, but also rather pushy idea, the law will begin in April of this year, and will become a mandatory prerequisite for potential restaurant operators when applying for a license. Luckily for small chain restaurant owners, the new law will kick in for operations larger than 120 square meters in floor size, so small walk-up or takeout establishments won’t necessarily need to provide free the Wi-Fi.

Aside from restaurants, the new law covers bars, cafes, and club lounges, and each establishment is free to either offer the Wi-Fi for free, or charge some service fee for it. Kuala Lumpur mayor, Tan Sri Ahmad Fuad Ismali, said a survey is being conducted that will catalog the establishments that already offer Wi-Fi, so the city can set up a database. The mayor also said that the city is looking into installing Wi-Fi at public food courts.

Fortunately for the current and would-be restaurant owners, there’s no extra licensing charge to set up the Wi-Fi, though the establishments will have to pay the standard Wi-Fi fee that comes along with whatever package for which they sign up. The city used a free Wi-Fi service previously, but claims to have decided to stop using said service to allow establishments to be able to choose a service with better benchmarks, though they’ll end up having to pay standard fees for it, as well as to allow service providers a chance to provide better service.

(The New Straights Times Press via The Next Web)