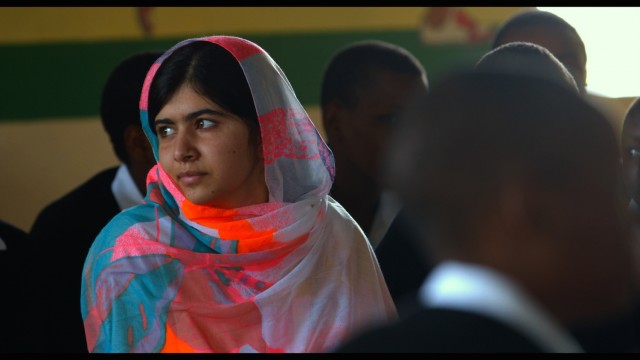 In an interview with the UK’s Channel 4, Malala Yousafzai was asked about the vitriol currently being hurled at Muslims, especially from a certain GOP presidential candidate. You know, the one with the really fake hair and awful, awful opinions. Trump. We mean Trump.

Yousafzai shut down Trump’s wild comments when she said, “The more you speak about Islam and against all Muslims, the more terrorists we create.” She went into more detail about what she meant when she said:

It’s important that whatever politicians say, whatever the media say, they should be really, really careful about it. If your intention is to stop terrorism, do not try to blame the whole population of Muslims for it because it cannot stop terrorism. It will radicalize more terrorists.

But what can stop terrorism? Yousafzai has long since held that education is the key to a better future for all of us. She also believes it can put a stop to terrorism and fear. “If we want to end terrorism,” she said, “We need to bring quality education so we defeat the mindset of terrorism mentality and of hatred.”

Education begets understanding. By learning about each other, we learn to love, care, and most importantly, empathize. This level of cartoonish super-villainy hatred against Muslims only begets more fear, and where fear grows, hatred can be found. That’s the root of terrorism and violence.

Yousafzai’s stalwart support of bringing education to those who need it most can really change the world. Trump’s campaign of fear and hatred may very well do the same–but not in the way we might be hoping for.