Astrid Deserved Better: An Animator’s Quest to Make DreamWorks Feminist–From the Inside 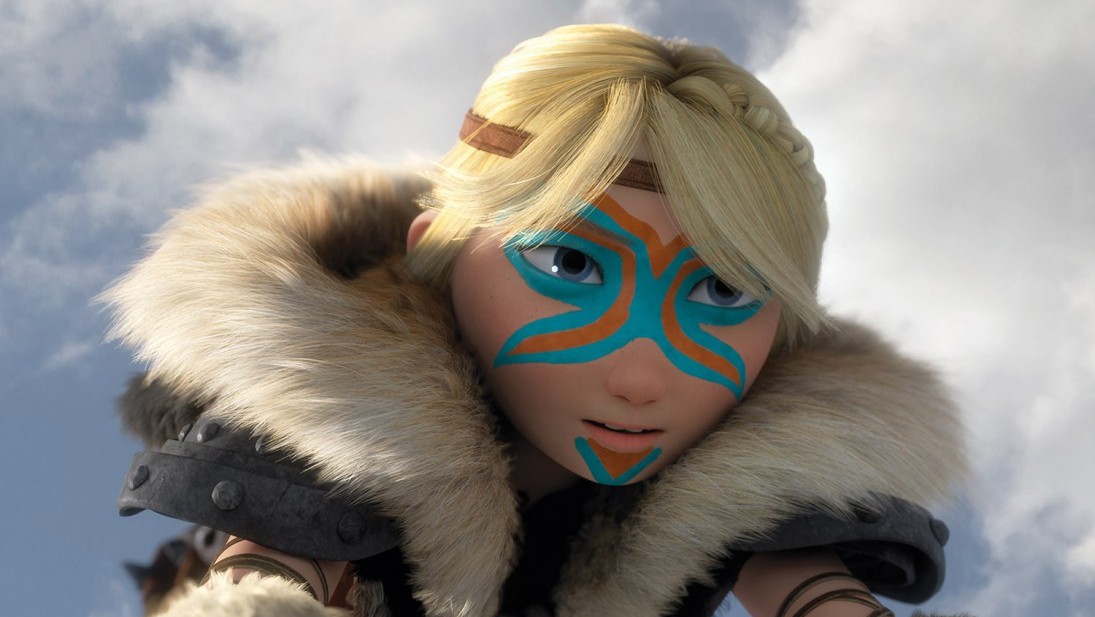 Astrid should have been chief in How to Train Your Dragon 2.

If you’d been at DreamWorks Animation during the making of that movie, you might have heard that in the hallways–as I would excitedly start ranting about it to almost anyone who’d listen.

I worked there from 2009 to 2014 as an effects animator: about the farthest one could get from making creative decisions. And while making water break the laws of physics was creative work, I wasn’t exactly calling the shots.

On animated movies, it’s standard practice for the creative team (directors and producers) to do in-progress screenings for employees to get feedback. Many co-workers would send in a paragraph or two, but I regularly sent in pages and pages of feminist critique—my degree was in film criticism—and I encouraged others to do likewise.

It was hard at first to tell how much effect employee notes had. Everyone in the industry has their own ideas on how to make movies, and nobody is shy about voicing it. When a movie implements changes, it’s opaque as to whether the changes were due to creative decision-making, executive mandates, focus testing, or employee suggestions. But after years in the industry, I came to understand that most creative teams, at DreamWorks and elsewhere, handled notes in aggregate–that is, if they heard the same comments repeatedly, they’d give those ideas higher priority. So, armed with that knowledge, I started an internal letter-writing campaign.

Early drafts of How to Train Your Dragon 2–and mind you, every movie is rough while in-progress–did not do well by everyone’s favorite female Viking, Astrid. She, despite being a bigger badass than protagonist Hiccup by almost every conceivable measurement, was relegated to the “girlfriend” role. She would cheer on Hiccup, tell him how cool he was, and even, after getting captured, spend an entire scene telling the bad guy just how bad Hiccup was going to kick his butt. She didn’t even ride her own dragon in the third act.

This broke my heart. I’d seen girls of all ages dress up as Astrid at comic cons, and fan art all over the net paid tribute to her. Astrid was important to people.

So I began urging every co-worker I knew to write in with the same notes: she should kick more butt. Be more independent. And at the end of the movie, she should be chief. It’s obvious from the first scene that Hiccup isn’t even interested in the job–he’s Magellan, not President Bartlett. Astrid, though? More into public service than Leslie Knope.

In the end, it didn’t change much. Astrid was given more to do, more cool moments, but she was never going to be chief. When I got to ask someone higher up in the creative chain about it, he said that the powers-that-be (code for executives) wanted to focus on Hiccup, that he was the protagonist.

Which felt like code for “they didn’t think it’d fly.”

But who can blame them? The history of the animation industry is a graveyard of films that overreached. There were tons of movies produced with unconventional female leads that didn’t connect with audiences: Coraline, Princess Mononoke, Final Fantasy: The Spirits Within. Heck, Monsters vs Aliens was a literal female empowerment movie and it didn’t do great. Legend of Korra struggled with ratings. And the animated FXX series Cassius and Clay, which had two female leads, was recently cancelled before it even began.

DreamWorks especially has reason to be gun-shy. Few remember the early years of DreamWorks, but they were radically experimental. Their first movie—Prince of Egypt—had an all-brown-person cast and featured the slaying of every firstborn in Egypt as its climax. They then went on to make a Woody Allen movie for kids (Antz), a movie where the main character barely talked (Spirit: Stallion of the Cimarron–six years before Pixar’s Wall-E!) and a host of others. None of them did great. And while audiences may not remember, the studio does. Institutional memory runs deep.

Let me be absolutely clear: the people at DreamWorks are some of the most talented, wonderful people I’ve ever met. Dean DeBlois, the director of HTTYD2, was the kindest, most collaborative director I’ve ever worked with. I know he wanted to push boundaries with that movie, but it’s a reality of the industry that directors do not always have final say. The artists at DreamWorks all want to make the greatest movies they can. But they work at a place that had to fire hundreds of people after Rise of the Guardians didn’t meet expectations. They want to put food on the table. They want to send their kids to school. Even the executives are just trying to keep the lights on. They are human beings like you or me, and they are doing their level best in a difficult system.

But there are many who eschew that system, who are working from the outside in, pushing for more complex characterization in the feature animation world. There’s Rebecca Sugar’s Steven Universe, the most inclusive and important show on television. There’s Nina Paley’s Sita Sings the Blues, telling the story of the Ramayana from Sita’s point of view. There’s Randi Zuckerberg’s upcoming Dot, heralding a tech-savvy young heroine. There’s Kate and Vince Miller’s The Pirate Grace, a claymation short about the life of Irish pirate queen Grainne ni Mhaol. There’s Johane Matte’s extended explorations of animated movies and TV shows, some of which are even authorized by the studios themselves! There’s endless numbers of people trying to push the conversation forward. We’re all trying to improve a medium we love.

Including me. After leaving DreamWorks two and a half years ago, I started the Rejected Princesses blog (and now book), showcasing all the badass historical women the big feature studios leave out. DreamWorks may never cover tank-driving widows, Mongolian wrestler princesses, or lesbian Bolivian vigilantes, but I will. Each individual project may not garner the audience to support an animated feature, but with a staff of one, they don’t have to.

Here’s the thing: it only takes one surprise hit. Prove there’s a market, that there’s an idea whose time has come, and the industry will follow suit. It happened with Despicable Me. It happened with Paranormal Activity. It happened with Deadpool. It can happen here too. It just takes an idea, some luck, and a supportive audience–which just might be you–and next thing you know, we could be seeing Astrid in the chief’s seat, where she belongs.

Jason Porath worked as an animator at DreamWorks Animation on Kung Fu Panda 2, The Croods, and How to Train Your Dragon 2. A gradute of USC Film School, Porath lives in Los Angeles. He is the proud founder of the popular blog Rejected Princesses and enjoys illustrating and poetic about interesting legendary women you’ve probably never heard of.

contributorDreamworksfeminismHow to Train Your Dragon 2