Maisie Williams’ Role in New Mutants Is Just All Too Appropriate, Don’t You Think?

Plus news about Professor X and James McAvoy. 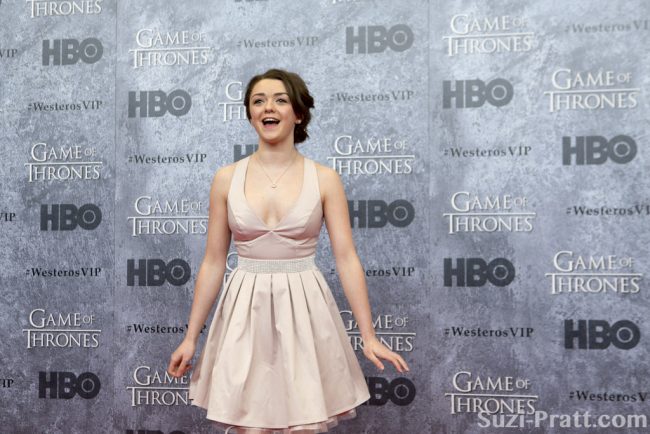 Last August, we were kind of … surprised (?) when we heard that Josh Boone, director of The Fault in Our Stars would be directing the newest set of X-Men in New Mutants. I mean, if the new movie is supposed to focus on a younger crop of mutants (well, younger than who we’ve seen in First Class and such), then I guess that choice makes sense, right?

Well today, The Hollywood Reporter shared the news that Maisie Williams will be joining the project, playing (wait for it) Wolfsbane—a girl who can transform into a wolf. Look, you find a niche and you kind of stick to it, right? I’m sure it’s a role she can really sink her teeth into. It sounds like a nice, meaty role, something that she can really wolf down on. Lycan’t do any better than these puns, so deal with it, okay?

Along with that bit of news, THR revealed a couple more characters who would be making up the lineup of mutants for this X-Film. I have to quote this, because man, they really nailed it with their description: “The pic will focus on the angst-driven adventures of a diverse group of teens that include Native American Danielle Moonstar, Scots girl Wolfsbane, Brazilian ladies man Sunspot, a Kentuckian code-named Cannonball and Russian teen Magik. Also in the mix will be an alien named Warlock.” Playing Magik is Anya Taylor-Joy (The Witch, Morgan, Split). Magik, if you weren’t aware, is Colossus’ sister, and wields (you guessed it) magical abilities and can teleport.

What’s especially interesting is that THR says Fox is “making serious efforts to find ethnically appropriate actors, conducting wide searches for a Native American to play Moonstar and a South American for Sunspot.” It seems that the hard lessons learned from whitewashing characters may be starting to sink in. That’s reassuring to see, but while “serious efforts” are one thing, executing on those efforts is another thing entirely. No credit for good intentions, Fox. If you want to do right by those characters as they’re written and as they’ve been announced, then here’s your shot to step up.

Someone who won’t be joining for this adventure is Taylor-Joy’s Split co-star, James McAvoy. CBR reports that he will not be reprising his role as Professor X, unfortunately. While I did enjoy McAvoy’s turn as the Professor, I think if they’re looking to really reboot the franchise and focus on new mutants (hence the title), then a completely fresh cast would be best. I mean, the X-Franchise seems to reboot every couple of years anyway, so, what the heck, why not here and now with a whole new cast?

What about you? What do you think about this flurry of casting news?