Maisie Williams Says Sansa and Arya Will Be Teaming up This Season, Because Only the Pack Survives 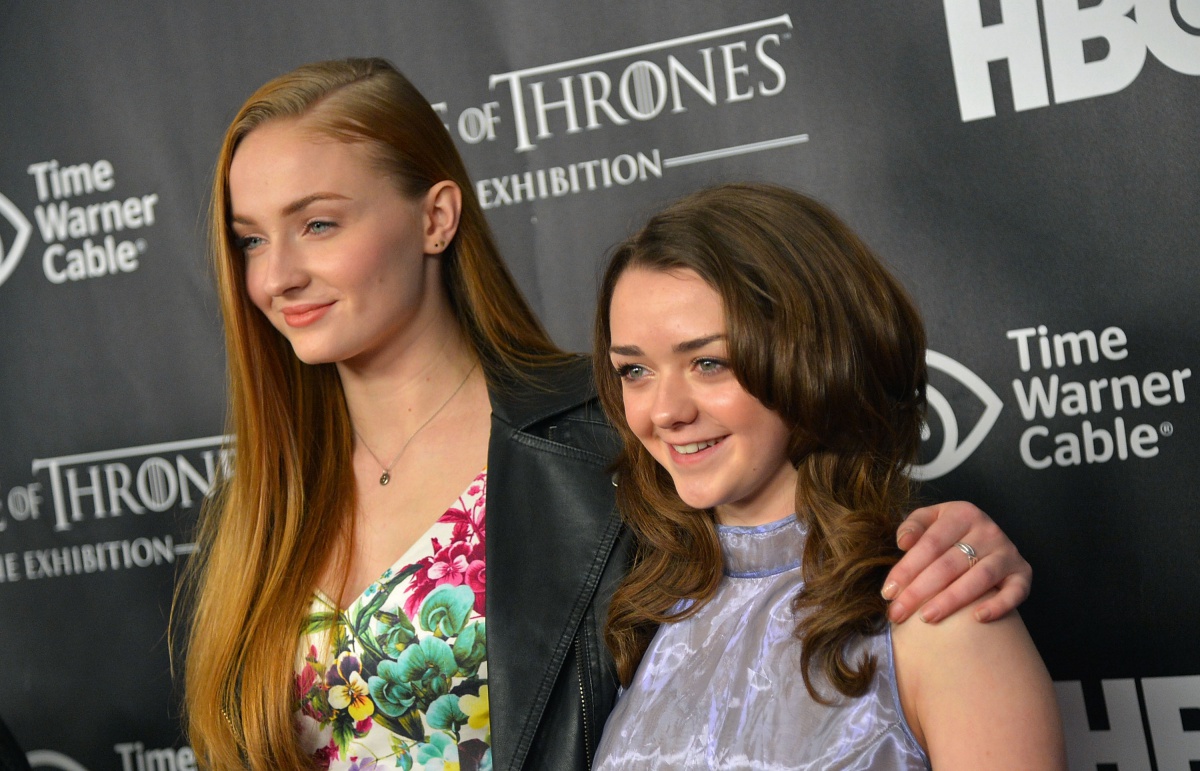 There’s much I’m looking forward to seeing in this, the final season of HBO’s Game of Thrones. Despite the mixed reactions I’ve had to the series over the years, it has been a huge part of my pop culture life, and the books have given me some characters I will always be fascinated by. However, I’m really interested in the survival and happiness of one Sansa Stark and, according to an Entertainment Weekly interview with Maisie Williams (aka Arya Stark),  it seems that the Stark sisters are going to be on the same page this season.

Last season we were given several episodes of fake-outs about the sisters being pitted against each other (as well as deleted scenes that filled in some gaps, but that storyline is still annoying), only to join together with brother Bran to take down Littlefinger. Our last shot of them was the two sisters standing together at Winterfell, acknowledging and appreciating the other’s individual strength and resisting their father’s words that “the lone wolf dies, but the pack survives.”

This scene was incredible for me because for years these two characters have been theorized to be “at odds” by fans trying to pit their strengths against each other, when really they are sisters who found their own way to survive and stay whole. I love seeing them together and I’m so glad that’s gonna continue. According to Maisie this season it may be Arya/Sansa vs. Jon/his penis:

“It’s not often you see a character siding with Sansa who’s not manipulating her,” Williams notes. “Last season it was really tough for Sansa because Jon was thinking with his penis and it kind of made Sansa look bitter. This season you see Arya teaming with Sansa and sometimes calling out Jon. It felt nice and powerful to stand next to Sophie. Sophie and I are the tightest of friends when sitting across from anyone, so no acting required.”

I can’t wait to see Arya tell Jon he’s full of shit to his topknot face. I know that people are like “we shouldn’t want it to be Dany vs Arya and Sansa because feminism” and yes, on the one hand, women shouldn’t be inherently in opposition to each other. On the other hand, I want chaos and drama and there are plenty of ideological reasons for them to be on different sides. It’s okay if they fight for legitimate reasons and not just petty drama. We already have Cersei for that.

Maisie Williams also said that after working on this season, she went back to season one and the interview gives some insight into Arya’s state of mind now that her goal of returning home has been achieved.

“There are so many scenes that will look similar. And also I watched just to remind myself of the arc I’ve taken already. I wanted Arya to go full circle and try for some kind of normalcy like when she was younger. Basically this year it’s like she has a dual personality — there are so many emotions and memories that come flooding back when you’re with your family and the things that you fight for become very different, yet she’s also remaining on this path to try and kill Cersei and remembering her list and getting closer to that. So there’s this split with Arya between trying to be who she wants to be — getting back to the naïveté and innocence with her family — and unfinished business.”

As I’ve mentioned before in my post about the Stark women, I think that it would be wrong to believe Arya’s path has simply made her a “badass”. She is, but she is also deeply emotionally damaged. I think that the show will be getting it right if they take the time to acknowledge what Arya has been through and how healing will be harder for her than others.

Either way, we are gonna be saying goodbye to these women and even though I have deep problems with how they have handled Sansa’s story, I want to see their conclusion—though that will no doubt be subject to much debate. As Williams, wisely observed, “No matter how you end it, people don’t want it to end. So the ending is not going to be okay, because ‘the end’ is not okay. You know what I mean? I think the way we end it is right. And I think it’s time.”