Magic: The Gathering Takes Us on a Metal Tour of Kaldheim

Today, Wizards of the Coast, with Command Zone co-host Jimmy Wong, shared some behind-the-scenes looks at their upcoming Viking inspired set Kaldheim. I sat taking notes during the Twitch stream, and I’m ready to share some of the cool things they told us about Kaldheim, complete with two songs from my favorite metal bands. Just because.

Kaya is going to be the hero of the set, which might have been obvious from her placement in the art, but it is great to hear. As a Black MTG fan, whenever one of the BIPOC characters (who isn’t Tafari) gets some great card art and prominence in the story, it’s something to get excited about. Plus, her Planeswalker card sounds like an excellent addition to a bunch of decks. 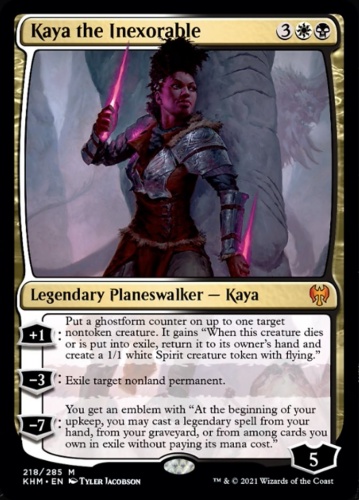 Kaya the Inexorable {3}{W}{B}
Legendary Planeswalker — Kaya
+1: Put a ghostform counter on up to one target nontoken creature. It gains “When this creature dies or is put into exile, return it to its owner’s hand and create a 1/1 white Spirit creature token with flying.”
−3: Exile target nonland permanent.
−7: You get an emblem with “At the beginning of your upkeep, you may cast a legendary spell from your hand, from your graveyard, or from among cards you own in exile without paying its mana cost.”

We also got a look at the return of Tibalt. 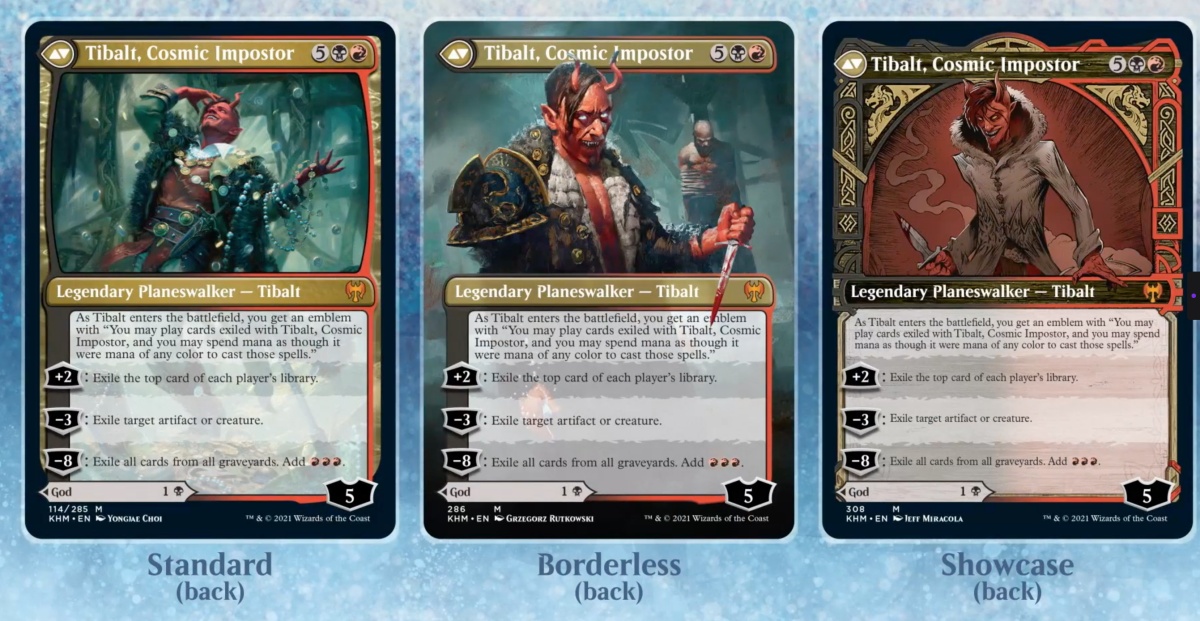 Who is going to have some time feeding his inner Loki ahem excuse me Valki. 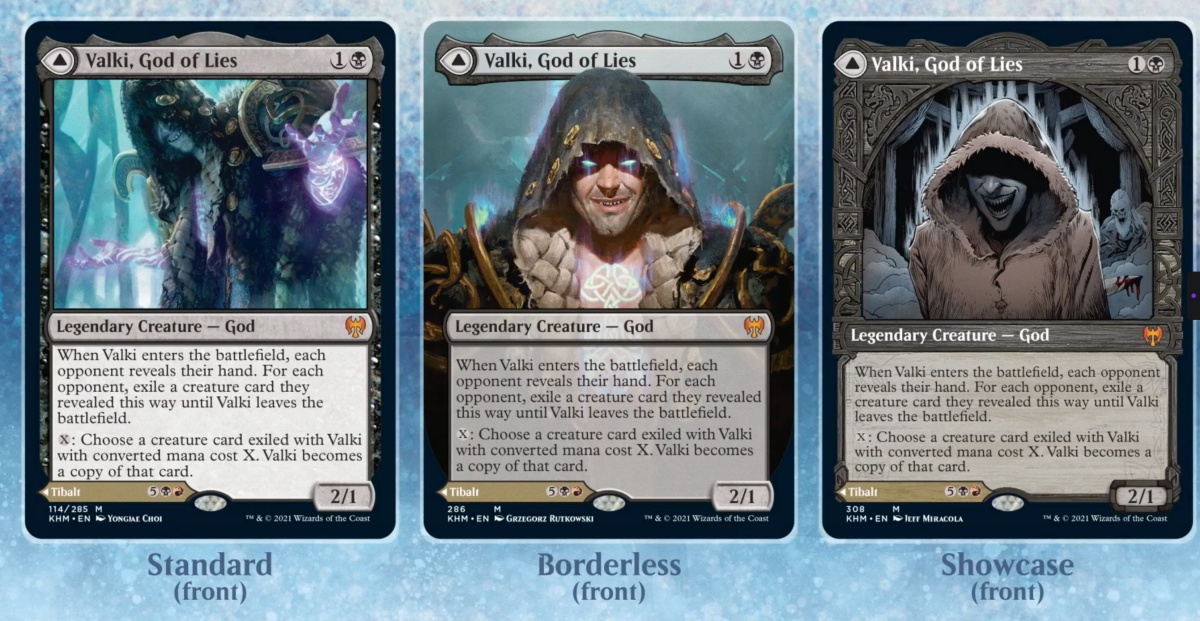 In honor of the cold, snowy environment, there are going to be new Snow cards. Not just lands, but instant and sorceries that will give you a certain extra advantage for having Snow-covered lands in play. Get ready to see a lot more of that in your EDH playgroups.

The two new mechanics are Boast and Foretell. With the former, once you do an action, you can pay the Boast cost to activate the ability. The example they give is Varragoth, Bloodsky Sire. 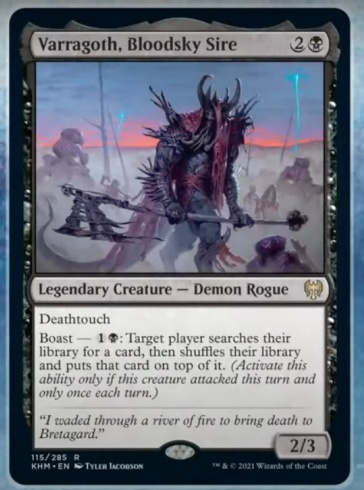 When you attack with this creature for 1 and a Black you can basically Tutor for a card! Plus, Varragoth has the deathtouch ability so you are going to want to attack with it anyway.

The other mechanic allows you to pay 2 and put a card away as a “prophecy” and pay the Fortell cost to play it on a later turn for slightly less.

They also shared that their set boosters would include a special art card, a snow land, a headturner, two wildcards, and the usual set of commons and uncommons. The cards should connect with the story being put together or theme in each set booster, which will make a draft experience that much more interesting. 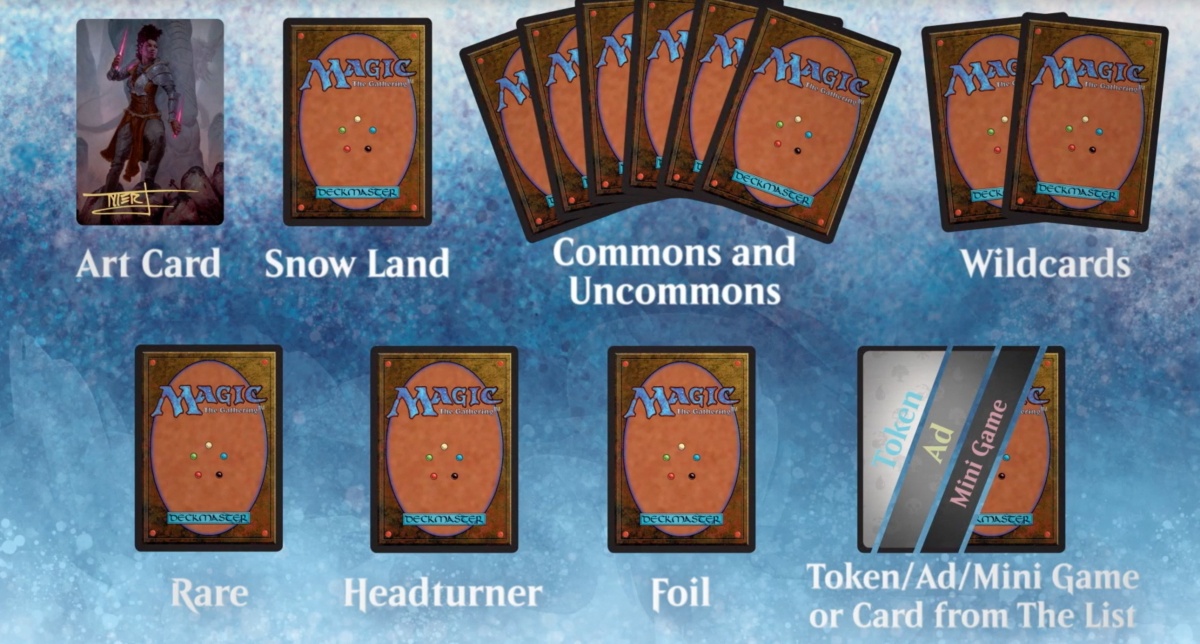 While we didn’t see a lot of new cards in this announcement, it did deliver a strong sense of the flavor this new set is looking to have. I for one am looking forward to seeing what Elves and Valkyries we will see in the coming weeks. I do think it is fun how deeply Wizards went into Norse lore to make this set. It looks well thought out and I hope this branching out will encourage them in future sets.

What did you think of the set announcement?!

(image: Wizards of the Coast/Screenshot)