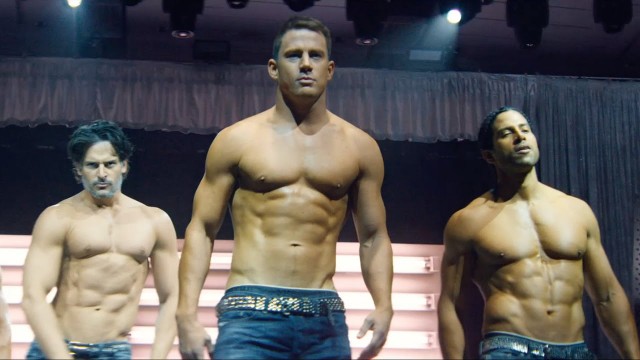 [Editor’s note: Another of our contributors also really liked Magic Mike XXL, if you’d like to go think about how great it is instead.]

Magic Mike XXL is not a good movie. And not, not a good movie the way The Room or Trespass is a really bad movie, but one that is really fun to laugh at. This is Left Behind levels of terrible. Two hours of sitting either bored or shocked by how bad it really is.

Sure there are a few things I liked, such as:

• Matt Bomer singing Heaven.
• Matt Bomer being a touch healer.
• Matt Bomer dancing in a suit and then stripping out of that suit, while continuing to sing.
• Seeing Donald Glover rap.
• Seeing Donald Glover sing.
• Seeing Donald Glover say a few funny lines, often to Matt Bomer.
• Seeing diverse images of women enjoying sex and sexuality.
• Knowing Hollywood understands that they need to offer more movies targeting women.
• Jada Pinkett Smith being a really cool and really tough business woman.
• Jada Pinkett Smith talking to the women in the audience, rather than the men.
• Jada Pinkett referring to women as Goddesses (although that got old really fast) who deserve pleasure and to be pleasured.
• Hearing someone say they only want to make their customers happy and make them smile.
• Joe Manganiello’s playful convenience store dance, intended to make a woman smile (I just hope you picked up after yourself or gave her a very nice tip for messing up her store).

But, I stand by my opinion that Magic Mike XXL is one of the worst movies of the year. How bad is it? XXL bad: