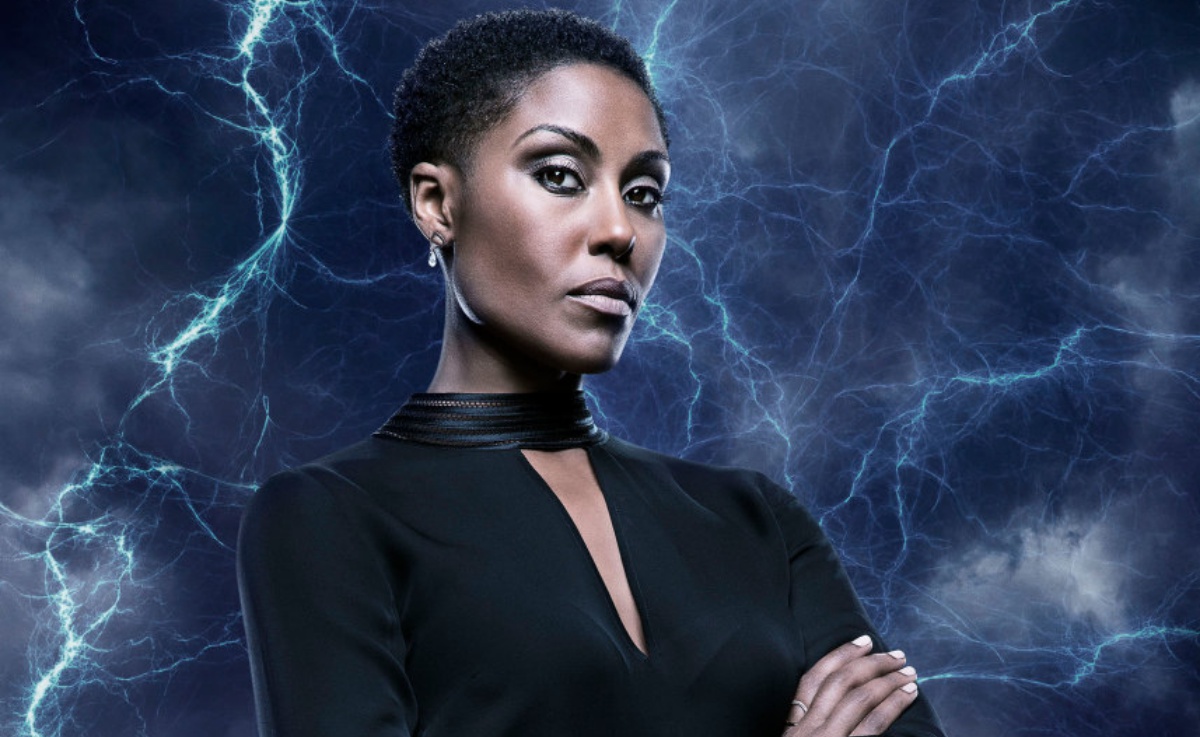 As someone who has watched a lot of the CW Arrowverse series, one of the biggest problems they have shared is the messy ways they’ve handled female characters. With the exception of Supergirl, for obvious reasons, a lot of the Arrowverse has a lot of problems of how they write female supporting characters.

Laurel and Iris (Arrow and The Flash) are the two most glaring examples, and there could even be a conversation about how Mon-El’s character sidelined Alex and Kara’s relationship on Supergirl, as well as Kara herself during the second season. However, one of the shows that really gets it right is Black Lightning, not only with the female superpowered characters Anissa and Jennifer, but with their non-meta mother, Dr. Lynn Stewart, played by the gorgeous Christine Adams.

When we are introduced to Dr. Lynn Pierce-Stewart, she and our titular hero, Black Lightning/Jefferson Pierce are divorced but very, very, very amicable. We find out that the reason that Lynn and Jefferson got divorced is that Jefferson began to act like an addict when it came to using his powers, along with the amount of physical harm he came up against when going into battle. Flashbacks showed Lynn cleaning up his wounds and his bruised and battered body. Lynn struggled with the reality that one day her husband could be killed, leaving her and his daughters behind.

She told Anissa that initially she was excited because “her man” was a superhero, but that youthful excitement wears away when you aren’t just dating, but married with a family and a responsibility for taking care of other people. What’s really powerful about Lynn’s storyline is how the narrative takes the time to show her perspective. It never makes her seem irrational, nor does it fail to point out that Jefferson’s powers can be harmful to himself. While one can argue that it’s hypocritical, after all they’ve been through, for her to want Jefferson to use his powers to save his daughters, Lynn never forced him to quit being a hero, and when he does decide to take up the role again, she doesn’t push him away.

The most important thing about how Lynn is written is that she’s fully aware of Jefferson’s abilities, and that allows her to be an asset to the storyline. Her medical knowledge ends up playing a big role in the series, concerning Green Light and the effects it has on humans. The fact that so many super shows have these long arcs of “I have to keep this a secret from such and such or else they could be put as risk” is so tired, especially since being AWARE of potential danger is the best way to be prepared against it.

In the opening for this current season, Lynn gets into a whole argument with Jefferson to work in the children in the pods. Jefferson sees it as too dangerous, but Lynn argues that her medical knowledge on Green Light makes her the most qualified to be there—not to mention it’s a way she can help her daughters, especially Jennifer. It was refreshing to not have the story act like Lynn wanting to play a role the best way she could was being “in the way.” That might seem like a small thing, but look at Laurel in season two of  Arrow and tell me that show appreciated Laurel’s perspective when it came to Oliver’s intense secrecy.

While I love both Lynn and Iris for different reasons, what’s so telling about Black Lightning’s writing team is that it’s very aware of the ways black women are written on television. After all, this show was created by a black woman: Mara Brock Akil. Lynn being a doctor isn’t just a cool job to explain how she spends her day; it’s a part of the way she assists the team and the narrative. Iris is a journalist whose skills are hardly ever used in a way that that doesn’t come with the reminder of “Oh yeah, I’m a journalist.”

Jennifer, Anissa, and Lynn are well-written, dynamic characters, and even though Jennifer spends the longest span of time “in the dark” about her powers, the show comes up with … OTHER STORIES FOR HER—not to mention those emotional storylines end up as part of the main story. It can be done.

One of the things that I’m hoping the upcoming Batwoman show will be able to do is avoid all of these pitfalls. As Supergirl has shown us, just having a queer character does not mean that bad romantic storylines can’t happen. I hope that the new series will give a Kate a really strong love interest, but also surround her with other queer, women because we travel in packs and collect each other, so if it’s only Kate and her love interest, I’m calling shenanigans.

Black Lightning has delivered the template for having a great female ensemble in a superhero show and having a love interest who is smart, aware, and capable without superpowers. So, everyone read the memo and make it work.