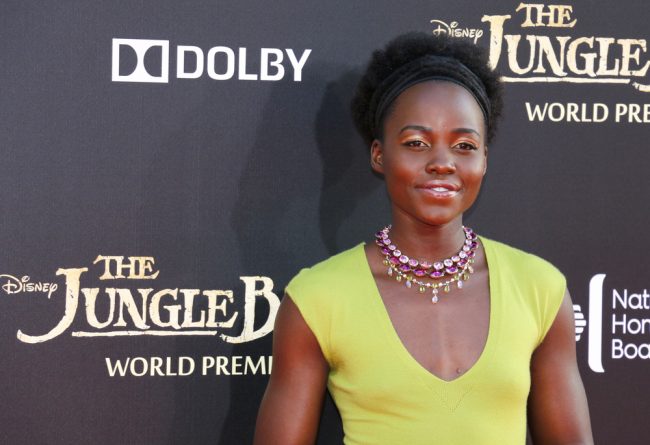 British Airways’ in-flight magazine, High Life, recently ran a round-up of best-dressed celebrities. Being a publication centered around travel, they included the home town of each celebrity. For Lupita Nyong’o, they seemed to think that town was Wakanda.

If you, like the writer/editor/everyone else who let this make it to print, are somehow unfamiliar, Wakanda is not a real place. Not even a little. It’s the fictional nation ruled by T’Challa, aka Black Panther–a completely made up place in the Marvel Universe.

You might think that someone would have noticed that Wakanda doesn’t exist, given that they–again–are a travel publication.

Wakanda is lovely this time of year

Does this mean that British Airways flies to Wakanda because I would happily book that transreality flight https://t.co/yovBlzfEBE

White people: we know places in Africa! There’s Pride Rock, Wakanda, Africa Near, Africa Far, Africa Wherever you are! We bless the rains https://t.co/iK9s5zICpx

Of course, if we’re gonna throw around fictional homelands…

Those idiots… everyone knows she’s from Zamunda

@kellysue Why don’t hack journalists research anything? @Lupita_Nyongo is not from Wakanda. She lives in a castle on Takodana!

Nyong’o will be co-starring in the upcoming Black Panther movie, as a citizen of Wakanda. But it’s fine, I’m sure they made the same mistake with Chris Hemsworth of Asgard, right? Or Daisy Ridley of Jakku?

Let’s make sure we’re all on the same page: Wakanda is fictional, Kenya (where Oscar winner Lupita Nyong’o grew up, though she was born in Mexico City) is real, and–while we’re at it, just because this bit of ignorance simply will not die–Africa is not a country.