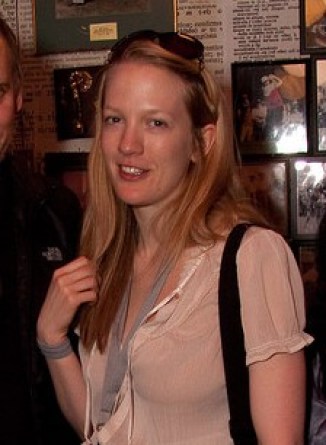 We’ve been so excited about the prospect of the Lumberjanes movie, despite the fact that the film has mostly male producers and a male writer (at least on the first draft), which was a bit disappointing to hear considering the feminism of the comic series. However, we’ve got some great news today about Fox’s choice of director for the film.

As reported by The Wrap, the Lumberjanes live-action film adaptation will be directed by Emily Carmichael, an indie director best known for her award-winning short films “The Hunter and the Swan Discuss Their Meeting” (2011) and “RPG OKC” (2013), though at one point, she was also rumored to be under consideration to direct the Captain Marvel movie. She’s also recently taken on a film called Powerhouse at Steven Spielberg’s Amblin Entertainment, which is being produced by Jurassic World director Colin Trevorrow and Simon Kinberg.

Carmichael’s selection as director is noteworthy not only because Lumberjanes should really have a female director (though it definitely should), but because up until very recently, when the studio hired Jennifer Yuh Nelson to direct their upcoming film Darkest Minds, Fox didn’t have any female directors slated through 2018! Now, they have two, which is still not nearly enough, but is certainly better than not any. (Isn’t it sad that None is the bar we have to clear?)

In any case, I think it’s a wonderful choice to go with a female director with an independent sensibility, since Lumberjanes itself is pretty indie. Then again, she’s not entirely “indie.” After all, Carmichael is also the screenwriter for Pacific Rim 2. BOOM. This woman’s got a pretty big couple of years ahead of her.

Here’s hoping that Carmichael chats early and often with Lumberjanes creators Shannon Watters, Noelle Stevenson, Grace Ellis, and Brooke Allen to ensure that the spirit of our favorite scouts remains true in the film.