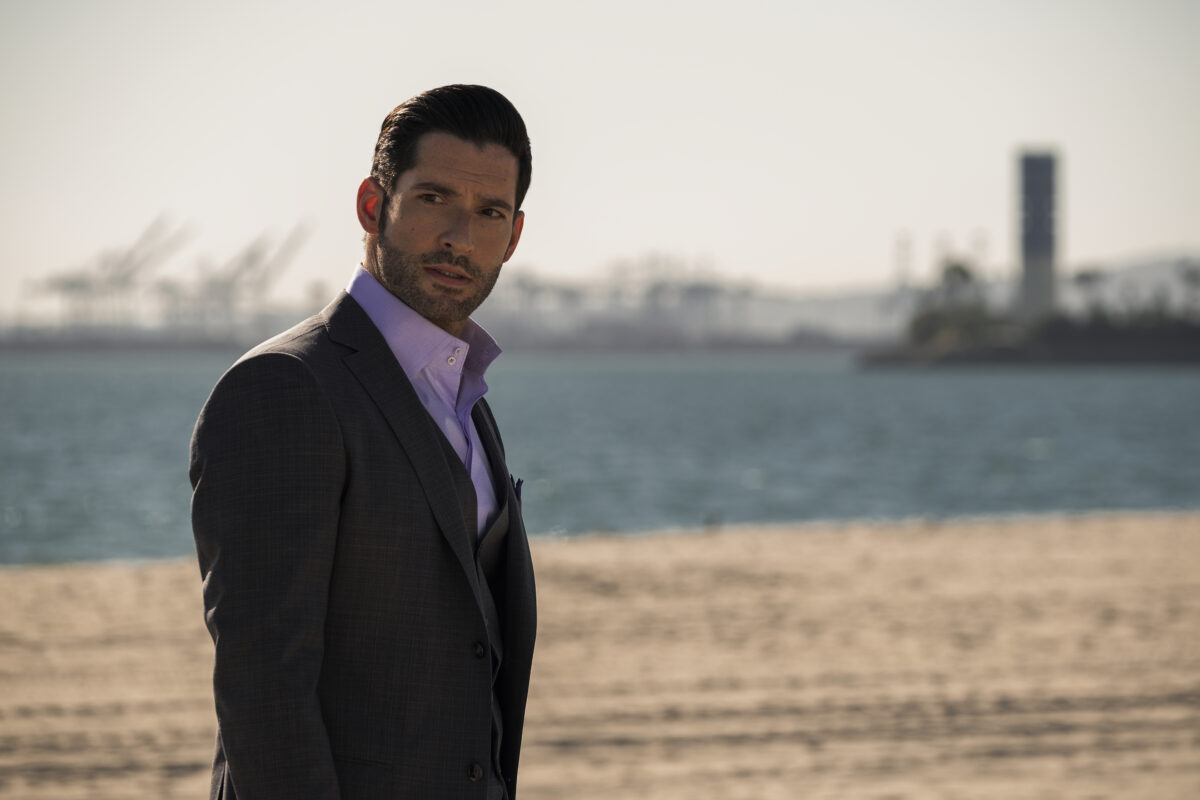 ***Beware some mild spoilers for Lucifer season 5 ahead***

Season five (part one) of Lucifer on Netflix is the kind of season that a show has to earn. It’s wildly fun and satisfying in a way that only happens when a show truly finds its voice and knows what the fans truly desire. In eight episodes, the series manages to deliver some of the best stuff it’s ever done, while still managing to be surprising and tense.

Lucifer has always had a tightrope to walk when it comes to tone. In early seasons, especially season one, it strayed a bit too dark, though that can’t be faulted given this is a show about the literal devil. But in later seasons, as the cast has expanded and the characters have grown, the show has settled into a lighter tone that better fits Tom Ellis’s playful take on the lord of Darkness. The devil is all about desire and fun, after all.

Lucifer’s twin brother Michael brings a lot of chaos and fear with him, but he also brings a lot of fun to the season. Don’t worry too much about that whole “Lucifer is in hell now” thing, since we’ve seen him in trailers fighting Michael topside, I think you can guess that he’ll be back. But will things be the same when he returns? You’ll have to see. 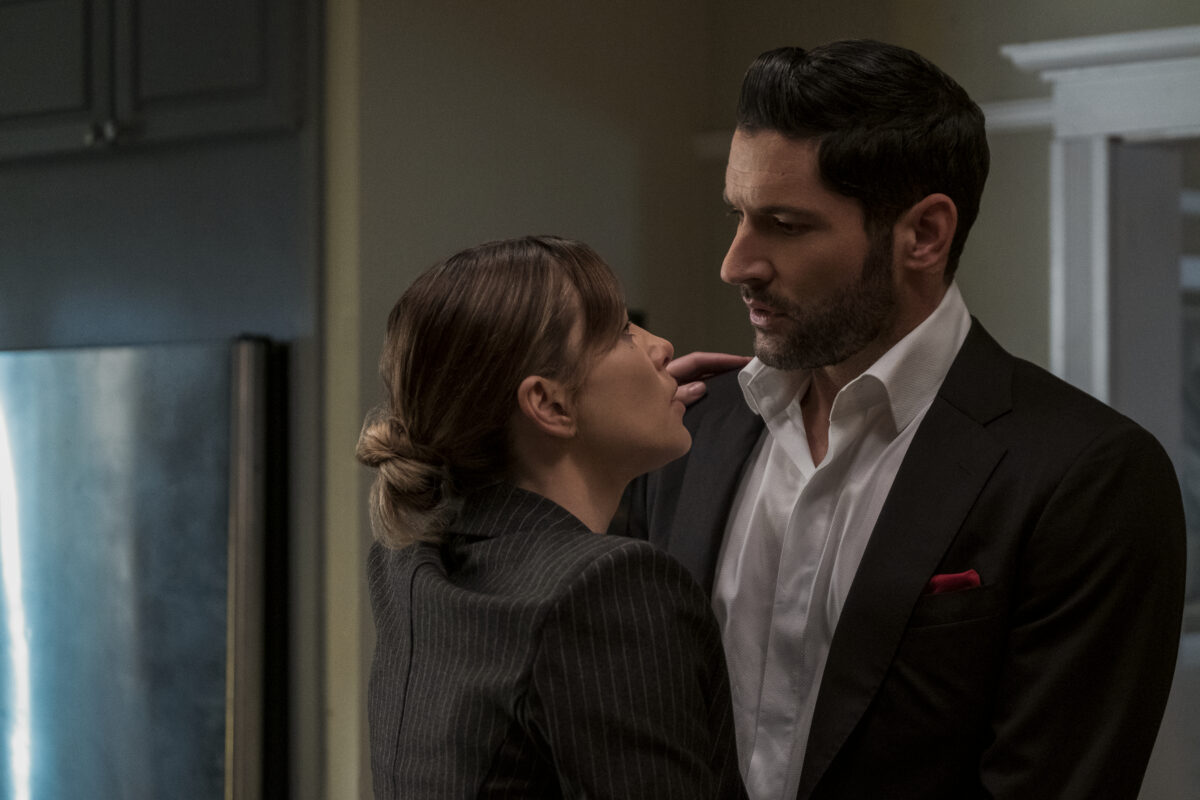 The switch from Fox to Netflix has been nothing but good for Lucifer. Shorter seasons have allowed the show to cut out the filler that wasn’t necessarily bad, but that slowed down the overall trajectory of the larger arcs of the series. More than that it’s given the show a creative freedom and confidence that really blossoms in season five, and the results are something that I know fans are going to absolutely love.

So let’s get to a few non-spoilery specifics, shall we? As has been revealed from the previews for the season, Tom Ellis is doing double duty this year as both Lucifer and his nefarious twin brother Michael. From the first episodes, Lucifer has only worked because Ellis was so perfectly cast as the Morningstar, and he proves this season just how great an actor he is. His Michael, complete with hunched shoulder and creepy American accent, oozes smarm and annoyance. Ellis does an amazing job as Lucifer as well, playing tenderness and cockiness with equal verve. 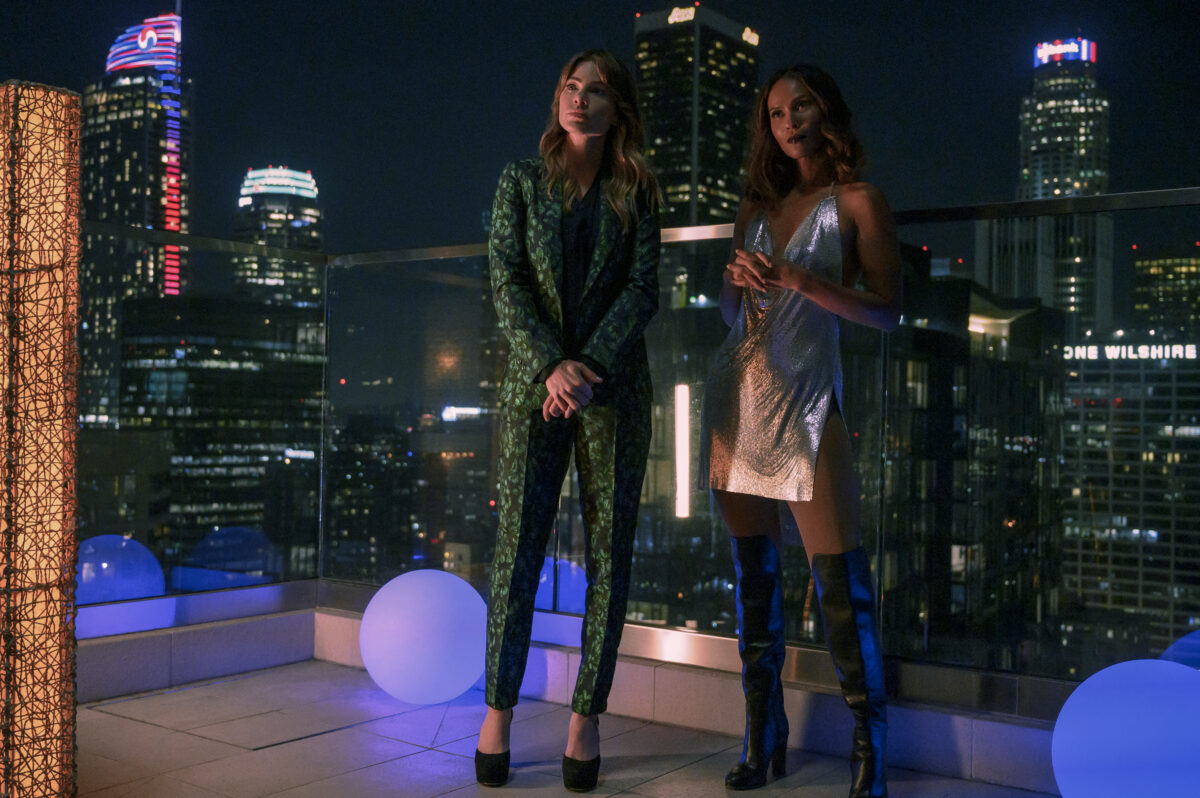 The other two standouts this season are Aimee Garcia as Ella and Lesley-Anne Brandt as Maze. Both characters are fan favorites and both actresses have done well in previous seasons, but this season they both find their rhythm so well and given such juicy stuff to work with. From Maze battling her need for love and humanity, to Ella fighting her own demons, they both do fantastic work and I adored their stories. And those stories both go in extremely surprising and very emotional directions!

It’s really a great season for everyone. Amenadiel (D.B. Woodside) and Lina (Raechel Harris) also strike a great balance between humor and pathos all year. Kevin Alejandro does some fantastic work not just as Dan, but as the director of episode eight, which ends with, hands down, the best fight sequence the show has ever done and one of the best fights I’ve seen on television recently, period. 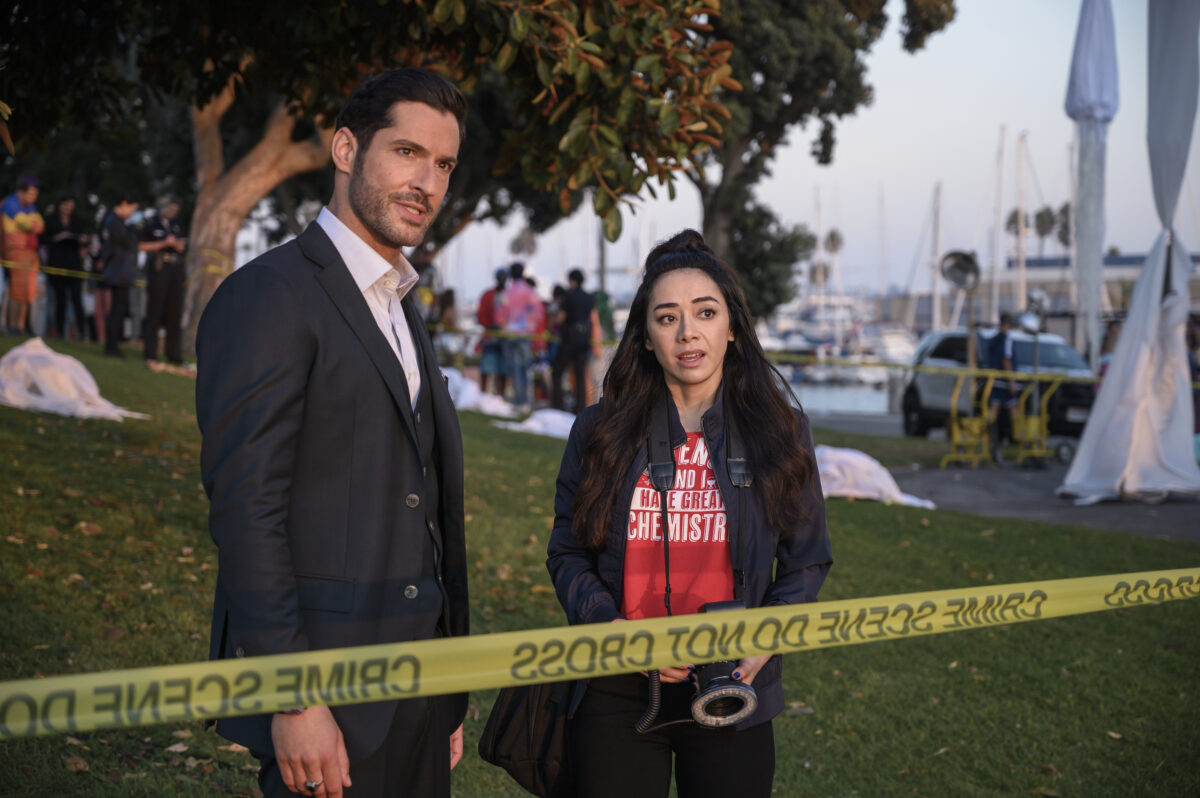 But of course, we need to talk about Lauren German as Chloe and the Deckstar of it all. Without spoiling, I want to assure fans that they will be very, very happy. German, like Ellis, is an incredibly talented actor but I think we can often overlook her talents because Ellis is just so much and tends to dominate any scene he’s in. Yet the show and the Deckstar ship would not work without the vulnerability and natural sincerity that German brings to Chloe, and this season she truly does get to thrive and flex those muscles. And nowhere more so than in the brilliant fifth episode, “It never ends well of the chicken.”

This is the noir episode, and again, this is the type of swing for the fences meta, out-of-the-box episode that a series truly has to earn. And boy, is this black and white masterpiece earned. Not only is this my favorite episode of the season, it’s my favorite of the series. It reminds me of some of the most “out there” episodes of other great series, like “Scoobynatural” or “Baby” on Supernatural, or Buffy‘s “Once More With Feeling.” You can’t just do an episode like this without having huge trust and buy-in from the audience and commitment from the actors, and here, they really do commit. 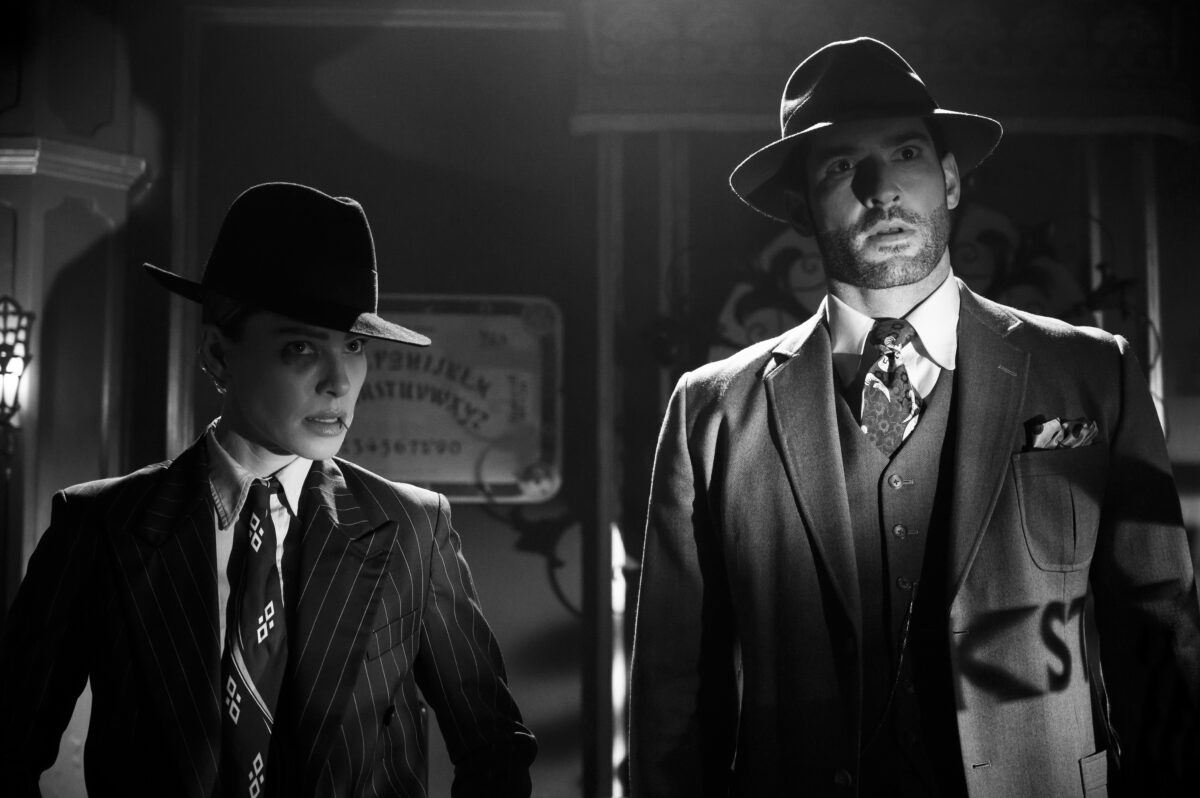 In a sly take on a film noir caper, Lucifer recounts an episode from his past with the characters all played by the actors we love in the show. In the interest of inclusion, this leads to some genderbending, with German taking point as a hard-boiled detective in the vein of Humphrey Boggart. And wow, does she nail this performance and look amazing in her suit doing it. The entire episode is full of full surprises, great cameos, hysterical jokes, and ends with a kiss that I never saw coming but loved to the moon.

We’ll talk more about some of the big developments and details of the season when it’s out, but rest assured Lucifans, that you are going to really enjoy these eight episodes, and the only thing you’ll desire after is more.

Part one of Lucifer season five arrives on Netflix on August 21.