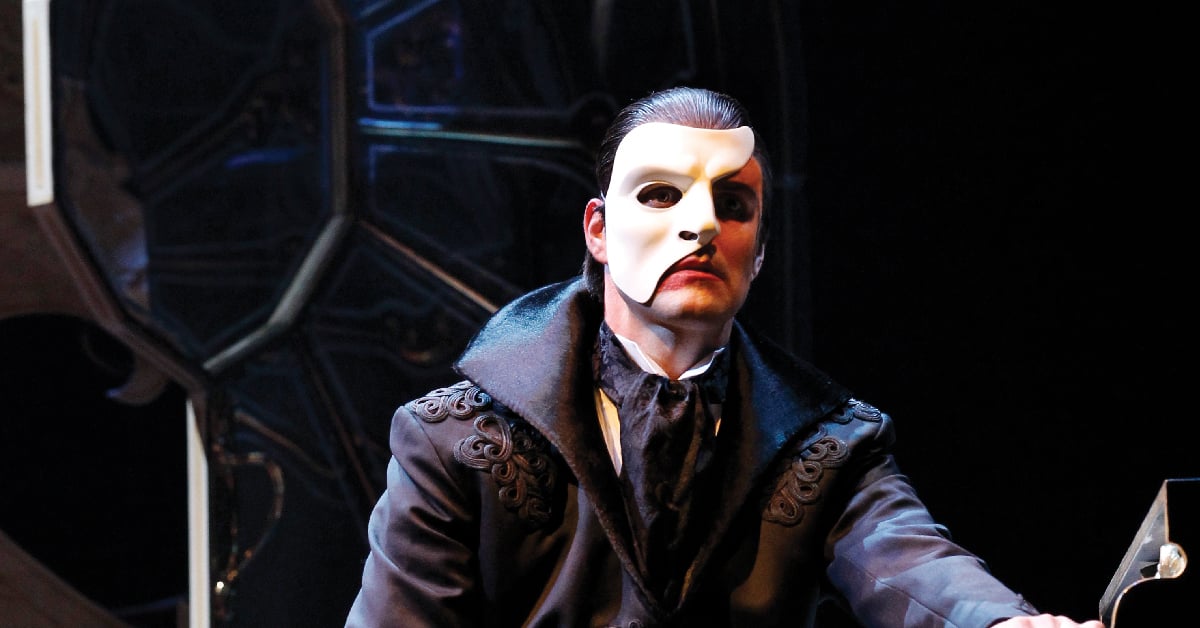 I’ve been very open about the fact that I absolutely love The Phantom of the Opera. I think it’s a perfect show (the show, not the movie), and in general, I really love the work of Andrew Lloyd Webber, which is why it may surprise you to know that I am not a fan of the Phantom sequel, Love Never Dies, at all.

First off, why are we talking about this today? This is a show that was so weird and reviled that it never made it to Broadway, but after a run in London, it did have a pretty successful production mounted in Australia, which was professionally filmed and you could pay money to watch. But for a brief time, starting today, as part of Lloyd Webber’s “The Shows Must Go On” charity fundraiser, Love Never Dies will be available to stream for free in its entirety on YouTube.

This is great, honestly. I love that Lloyd Webber is putting his shows up for free and using it as a way to raise money for the NHS in the U.K.—truly a wonderful thing—but Love Never Dies is, itself, not wonderful. Love Never Dies is one of the weirdest musicals in history, and that’s saying a lot when it came from the man who brought us Cats.

The main weirdness is that it’s a sequel. That’s strange in general, because musicals are not movies—perpetual in their way and not needing sequels—but it’s also strange when you consider that Phantom has one of the best endings on broadway. That final image of the mask is so poignant and gorgeous, and it leaves so much to the imagination. It’s the epitome of “leave them wanting more,” and it works. In contrast, Love Never Dies is evidence in the case that, sometimes, things don’t need sequels.

Into the void of sequels and unanswered questions and even the desire to see a ship (like the Phantom and Christine) go canon steps fanfiction. Fanfic is great and wonderful and has a purpose. I love it, and the first fic I ever wrote as a preteen was Phantom fic—and it actually read a lot like Love Never Dies: Christine was revealed to really love the Phantom, Raoul was suddenly an abusive drunk, and for some reason, there were big musical numbers. My version didn’t have Christine having a kid with the Phantom, but I got distracted by 7th grade, and I’m sure I would have gotten there.

And the similarity of Love Never Dies to the (pretty bad) fic I wrote as a kid is the reason it’s not a good show. It not only adds to a story that didn’t need adding to—sapping the mystery and romance out of so much of Phantom and drastically misunderstanding why Phantom worked in the first place—but its story is trite, lazy, and kind of silly. It’s not just fic because everything is fic … it’s bad fanfic.

Now, Love Never Dies has some great songs, like all of Lloyd Webber’s shows. It’s the story, based on the truly terrible “book” The Phantom of Manhattan (which I bought with excitement as a teen then threw against a wall after reading), that’s the chief offender, mainly because it commits both figurative and literal character assassination in the name of giving audiences what they think they want.

Raoul and Meg Giry become, basically, bad guys, which I guess is fine because Raoul is the worst, and Meg doesn’t have much of a character in the original. But then Meg basically goes nuts and kills Christine. Sure, it’s kind of an accident, but come ON. All the nonsense would have been maybe okay if the show hadn’t fridged Christine for unnecessary tragedy points and left her kid to be raised by his very weird bio-dad, who I love but is still a murderer. And the fic came with no MCD warning! You can either make a fic that’s nonsense but gives audiences a “happy ending” or keep up the tragedy. Not both.

There’s another level of weird here, in that the part of Christine was quite famously written for and based somewhat on Sarah Brightman, to whom Andrew Lloyd Webber was married at the time when he was writing Phantom. They’re divorced, and it’s just … so strange that Lloyd Webber made a show where he essentially kills his muse and gets to keep the “baby” they made, the same way he got to keep Phantom.

The Phantom of the Opera is very much a case of catching lightning in a bottle, and not even Andrew Lloyd Webber himself has been able to replicate its success since its debut over thirty years ago. The movie failed, and this sequel failed, but they still exist almost as proof for all the lessons to not learn from Phantom.

Still, if you have time on your hands, and I know you do, by all means, check out Love Never Dies and all the other options that will be coming via “The Shows Must Go On.” If you can, donate to this very good cause, even after watching this very bad musical.