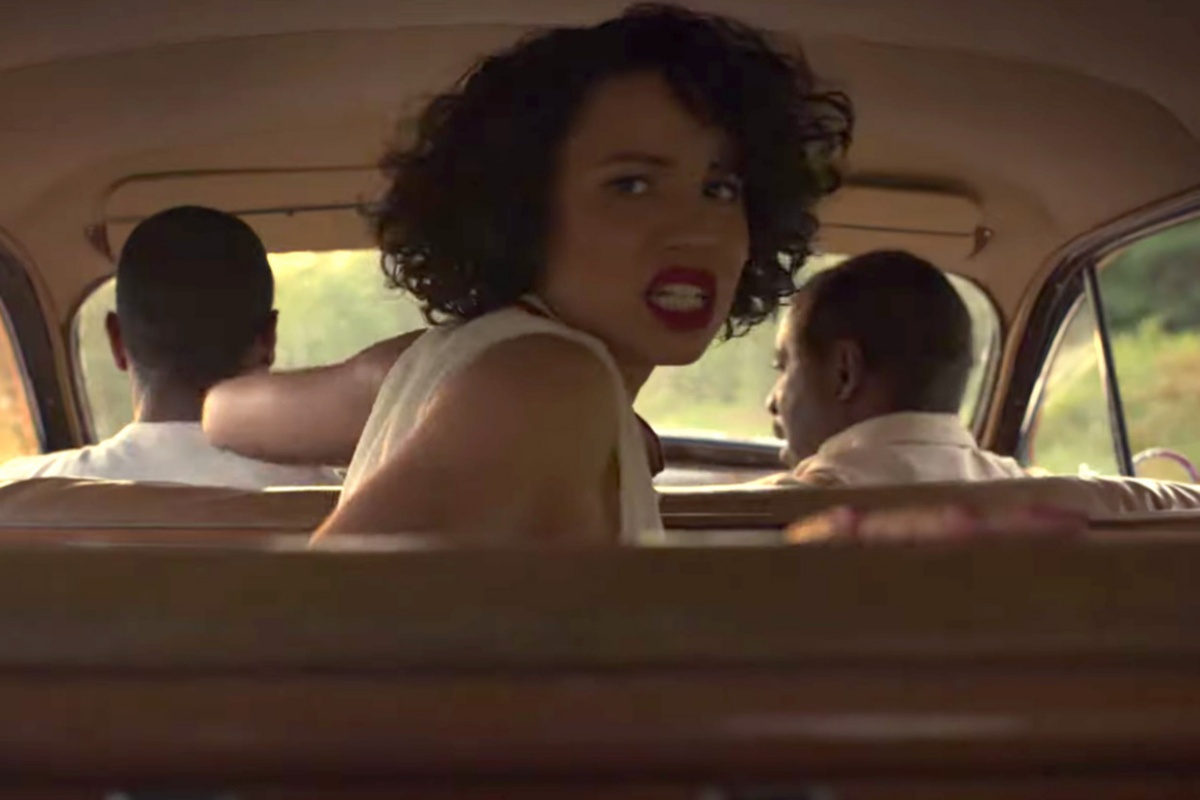 For some viewers of Sunday night’s Lovecraft Country, it was the first time they’d ever heard of the term “Sundown Towns” a familiar phrase for those of us familiar with the history of horrors Black Americans faced in this country.

In the episode, aptly titled “Sundown,” Atticus (Jonathan Majors), Letitia (Jurnee Smollett), and George (Courtney B. Vance) get pulled over by Sheriff Eustace Hunt (Jamie Harris) when they were stopping for a quick rest break on their way to Arkham.

“Any of y’all know what a sundown town is?” Hunt asks them all.

“Yes sir, we do,” George replies trying to be respectful to Hunt, knowing that this has just become a life or death situation.

“Well this is a sundown county,” Hunt tells the audience. “If I had found you pissing in my woods after dark it would have been my sworn duty to hang every single one of you from them trees.”

Hunt says they have just over five minutes to drive back across the county line otherwise they will be gunned down. However, if they speed, they will be pulled over and therefore delayed from leaving and murdered. It is a haunting scene because even to take an illegal U-turn in order to even possibly make it out of the county, Atticus must debase himself and comply with Hunt’s racist taunting.

It is more haunting and terrifying than the monsters that come up later. At least you can understand those creatures. There is no way to understand a man willing to torment other human beings because of the color of their skin.

Sundown towns were a real thing in America and a part of the segregation that helped keep certain areas inaccessible to Black people.

In his book Sundown Towns: A Hidden Dimension of American Racism, author James W. Loewen explains, “Beginning in about 1890 and continuing until 1968, white Americans established thousands of towns across the United States for whites only.”

Also, many people have believed that Sundown Towns only happened in the South, when really that is one of the places they didn’t really exist in the same way they did in the West and Pacific Northwest according to Loewen: “Mississippi, for instance, has no more than 6, mostly mere hamlets, while Illinois has no fewer than 456.”

The good news is that “Sundown towns are now on the decline. Censuses since 1990 show that many towns in the East, Midwest, and Appalachia, and almost all in California and the Pacific Northwest, have given up their policies of exclusion.” There is still gerrymandering and economic segregation, but at least it is not built into the town. It doesn’t erase the fact that while this was going on it led to Black people being told from the moment they stepped into the area they were in danger.

Lovecraft Country didn’t even exaggerate that danger, as this passage from Sundown Towns shows:

The local boys would threaten with words and knives Negroes who would come through town, and follow them to the outskirts of town shouting “better not let the sun set on your black ass in Mena, Arkansas,” and they often “bumped” the car with their bumper from behind. I was along in a car which did this, once, and saw it done more than once.

Humans are always the worst monsters.