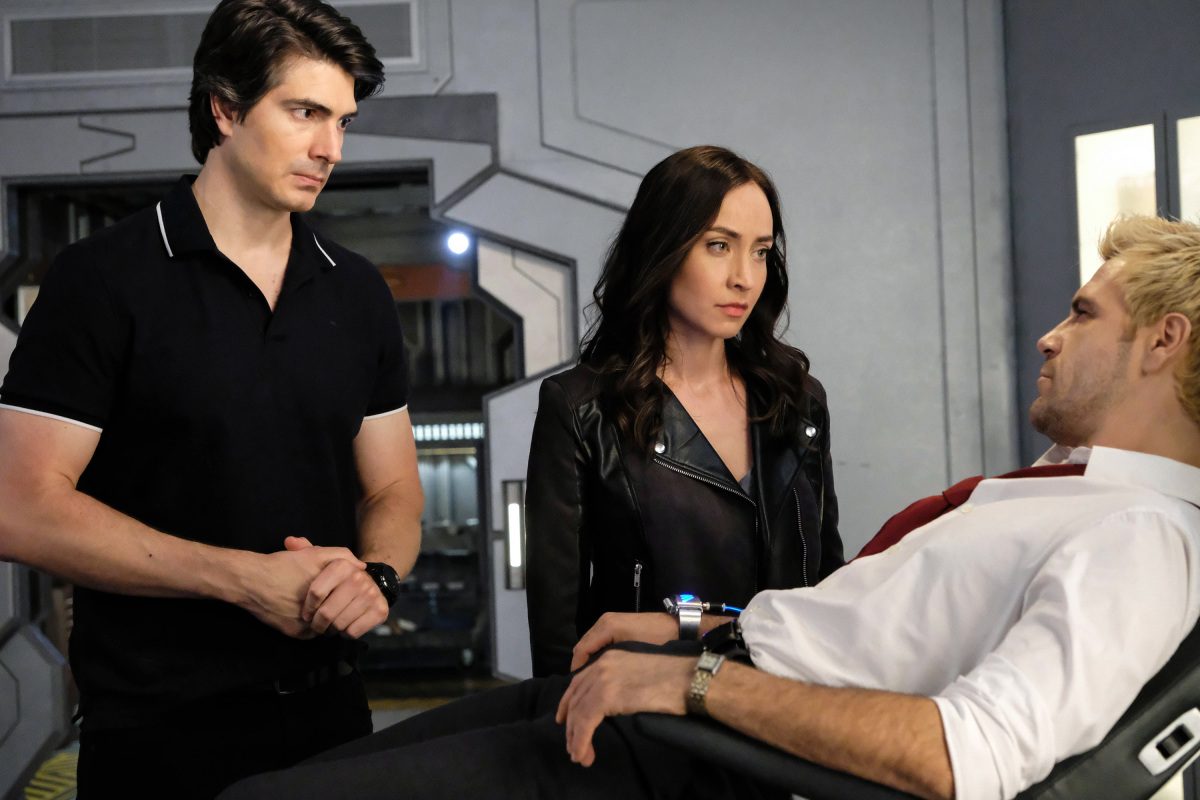 A show where a giant blue plushie fights a demon dragon can only work when the characters and their relationship are compelling, and on The CW’s DC’s Legends of Tomorrow, which has stealthily become one of the best shows on television, relationships both romantic and platonic are the core of the show.

Take our most recent episode, where Ray (Brandon Routh) tracked down Nora Darhk (Courtney Ford), the only person magical enough to save a dying Constantine (Matt Ryan). Ray helped Nora to handle her magic, and they were able to save the surly demonologist. At the end of the episode, Ray once again gave fugitive Nora a chance to escape, but she instead chose to turn herself in to the Time Bureau.

It was seriously romantic and a total surprise, but it fit right in with the Legends tone. Nora and Ray’s romance is just one way the craziness of Legends works, because of the pathos and interesting characters it’s built on. We recently visited the Legends set in Vancouver and talked with the cast about all that and more.

Nora wasn’t introduced just to be a foil for Ray. According to Ford, their romance developed as “kind of an organic thing.” It was always in the back of the producers’ minds, though, considering that Routh and Ford are married in real life.

“These moments we had really started to blossom,” Ford said of Nora and Ray’s relationship. “We all kind of became excited about it.”

Routh, for his part, always saw the possibility and wanted the story to take its time: “We said, ‘Let’s draw it out a little bit.’ It allowed for a lot of comic moments and tension.”

Ray’s influence has certainly changed Nora as a character. “Ray’s been a positive influence on her, giving her someone who cares about her that’s not dark and evil,” Routh added. “Here’s someone that seems to love her who’s presenting another option and showing her a different route for her life.” It’s pretty sweet, really, and so is how Ray and Nora will communicate now that she’s in Time Bureau prison: They’ll be writing love letters, according to Ford, and there may be some shrinking high jinks, says Routh.

It’s good that Ray has had Nora to focus on, because the other love of his life, Nate Haywood (Nick Zano), has been absent from the Waverider in recent episodes. Some of this was due to Zano needing to take a break to be with his wife and newborn child, which he opened up about in an emotional Instagram post.

“It’s rough,” Routh said of Ray missing his buddy. “That relationship evolves a lot through their separation.” The awesome platonic bond between the two (a.k.a. SteelAtom) is a favorite of Routh’s: “It’s nice to have two men showing that they love each other, like they’re buddies, not in an ‘oh macho’ way, but that they sincerely care about each other, and that should be perfectly normal.”

Nate needs that, because his other relationships are pretty fraught right now. Last season, he ended his romance with Amaya (Maisie Richardson-Sellers), and this season, he’s been working closely with his hard-to-please father, Hank (Tom Wilson). In the next episode, entitled “Tender Is the Nate,” we’ll dig into both. 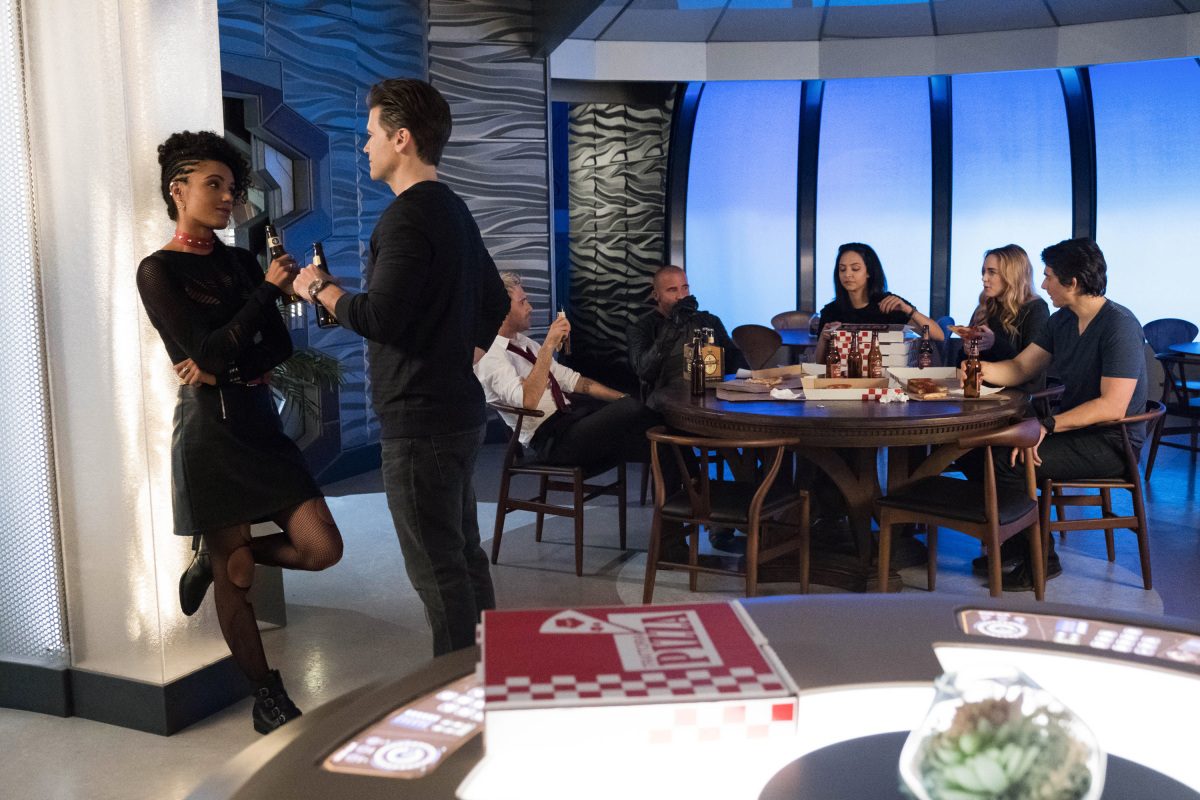 For one, Nate will meet shapeshifter Charlie, who currently looks just like Amaya. “It’s tense,” said Richardson-Sellers of the meeting. “He’s a bit overwhelmed by the situation … He sort of stumbles on her, and it’s quite a shock. And Charlie being Charlie doesn’t soften the blow at all.” But once they get past the shock, “She helps Nate get over Amaya … They do bond a bit.” But unfortu-Nate-ly, their first meeting is “in full view of Hank!”

Hank doesn’t look like he’ll be getting along with the rest of the Waverider crew, either. “Sara hates Hank,” Caity Lotz shared with us (while knitting on set). Hank seems to have some nefarious plans for the magical creatures the Time Bureau’s keeping, but that may come to light soon with the help of new addition Mona (Ramona Young).

The new expert on magical creatures, according to Young, “lives in a world of her own, and she’s kinda nerd, kinda geeky.” Mona has a very romantic personality, including being a fan of romance novels. She’s also “a huge fan” of Rory’s work, which will lead to comedy, and that romantic nature might also lead to real romance … with that nice werewolf she met recently? Weirder things have happened on Legends of Tomorrow.

As for some of the other relationships: Avalance continues to go strong, and Lotz said, “It’s fun to have that softer side of Sara.”

On the less soft side, Rory (Dominic Purcell) will continue to clash with Constantine for a while: “The clashing thing just made perfect sense,” Purcell shred. “Rory is always very suspicious of newcomers,” but “the respect is starting to emerge.”

Matt Ryan teased that Rory and Constantine end up “peas in a pod.” Will John be in any other relationships? “Uhhh … maybe,” Ryan hinted with a twinkle in his eye. We also heard the same sort of tease for Zari (Tala Ashe). It looks like there are some surprises in store for both, which will certainly be fun to watch, but if they get together, will we have to call it Zarstantine? Let’s workshop that. 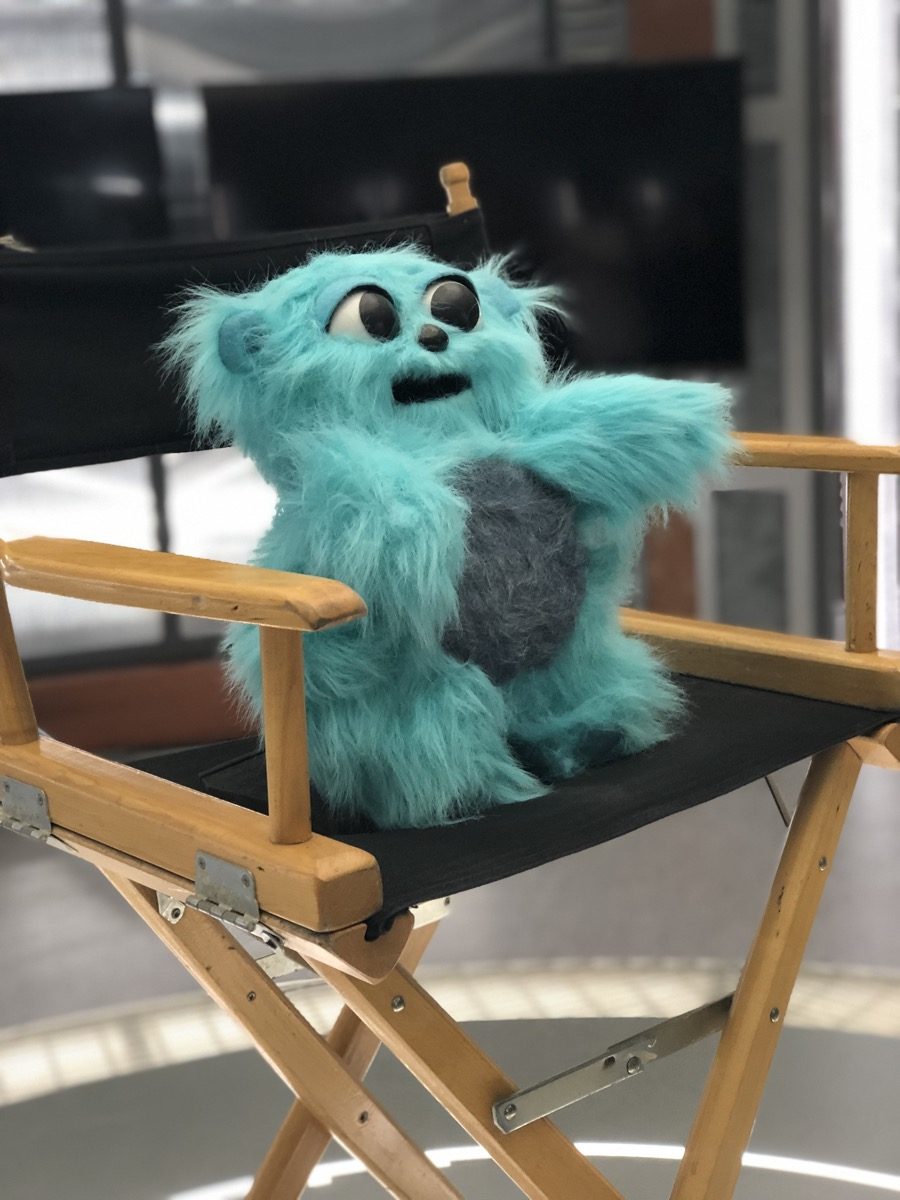 Visiting the Legends set was incredible, especially given the sense from the whole cast of how much they enjoy their work. “We legitimately have a lot of fun doing this show,” Purcell shared. From the set designers, to the incredibly hardworking and talented costumes and props makers, to the writers and directors, Legends is a labor of wacky, awesome love, which was personified in the most exciting interview of the day.

Yes, the Blue God himself, Beebo, stopped by to say hello. He wouldn’t give spoilers, but he did say, “I La-La-Love you.” Whether he meant that for fans, the cast, or the show, we totally agree.

DC’S Legends of Tomorrow airs Mondays at 9:00 on The CW.