Louisiana Law Increases Sentences for Criminals Who Use Virtual Maps 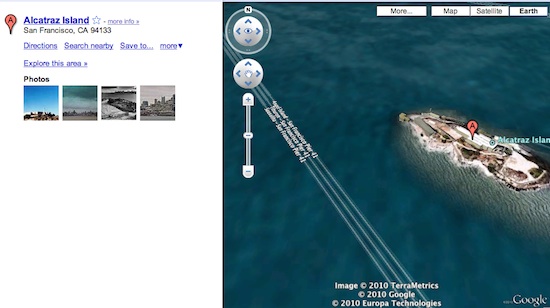 In what could be the most pointless piece of sentencing legislation ever, the Louisiana Senate has passed Senate Bill 151 by Sen. Robert Adley, R-Benton. This new law requires there be a minimum sentence of 10 years for any terrorist act committed with the aid of an online map. It also mandates that one year be added to the sentence of any burglar who used such a map in the planning of the crime.

Adley’s bill defines a “virtual street-level map” as one that is available on the Internet and can generate the location or picture of a home or building by entering the address of the structure or an individual’s name on a website.

But here’s the real reason that the vote passed 89-0 (seriously, unanymous), or at least a good theory: To vote against this would appear soft on crime. I mean, it’s a piece of legislation that technically would put the smarter criminals in jail for longer, which is tough on crime, I guess. Seriously, though, we just live in a time where politicians can’t afford to vote against anything that keeps criminals locked up for a long time, even though we suffer from a huge prison overcrowding problem.

But let’s get some perspective on the Louisiana Senate. You know what didn’t pass earlier on the same day? Courtesy of nola.com, again:

Earlier, the House fell three votes short of passing House Bill 419 by Rep. Regina Barrow, D-Baton Rouge, to require manufacturers of Tasers or stun guns to hold “training and certification courses” for law enforcement officers when the suppliers sell their products to a police agency.

It looks like in Louisiana, they want to put away smart criminals for a long time, but don’t want to train the police to catch them effectively and safely. Glad to see they have their priorities in order.

(Via nola.com via slashdot)