NY Democratic Rep. Louise Slaughter Was Everything We Wish All Politicians Could Be. She Will Be Deeply Missed. 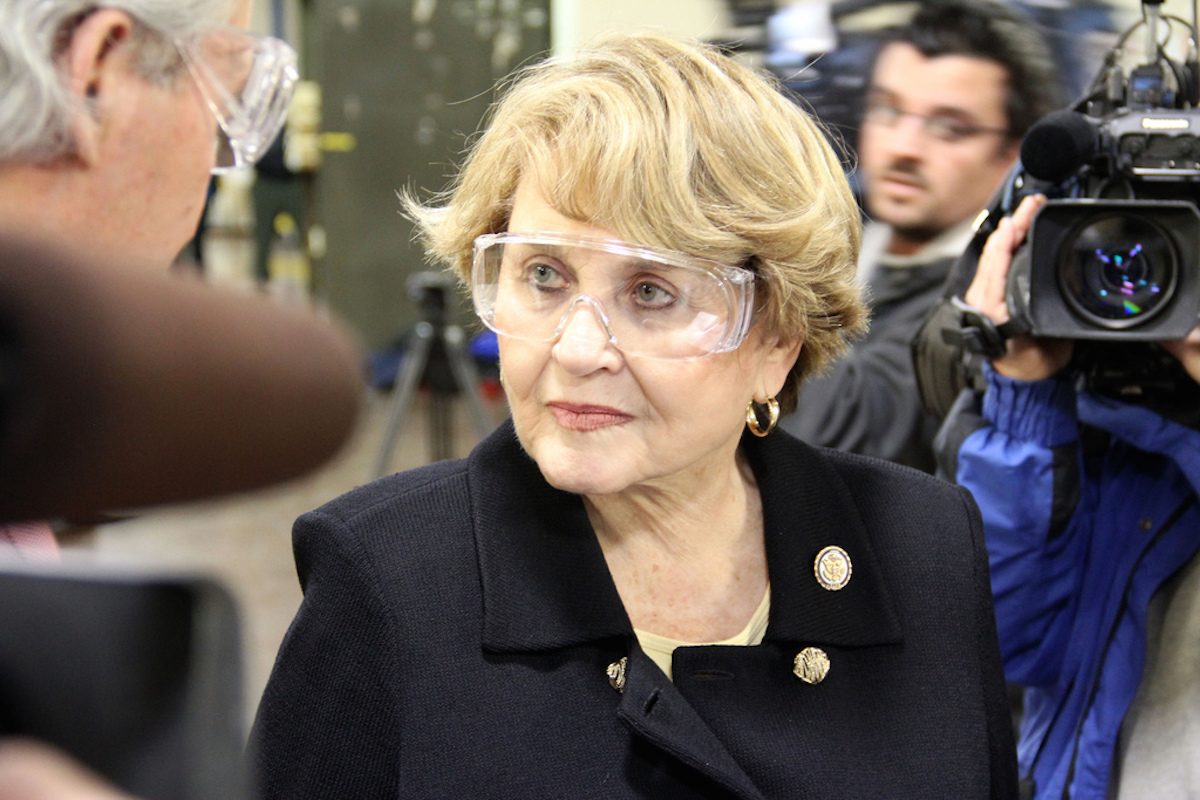 New York’s Louise Slaughter passed away this morning after being hospitalized due to a fall last week in which she suffered a concussion. The 88-year-old Democrat was serving her 16th consecutive term in the House of Representatives.

Slaughter was a trailblazing, ceiling-breaking politician. She was the first female chairperson and, at the time of her death, the ranking member of House Committee on Rules. She fought against the bigoted Defense of Marriage Act and was one of only 67 members of Congress to vote against DOMA in 1996. She held a Bachelor of Science degree in microbiology and a Master’s in Public Health. According to her House biography, she was the only microbiologist in Congress. She authored the Genetic Information and Non-Discrimination Act, which was described by Ted Kennedy as the “first civil rights legislation of the 21st Century.” She also secured the first $500 million in federal funding for breast cancer research at the National Institute of Health.

Slaughter famously co-authored the 1994 Violence Against Women Act, which not only changed our national conversation around issues of domestic violence, but saw a 67% drop in DV after its passage. She later fought to expand the law’s protection of Native Americans, immigrants, and LGBTQ+ people. On the 20th anniversary of the law’s passing, she said, “Almost two million Americans are still physically assaulted, sexually assaulted, or stalked by an intimate partner every year. I won’t stop fighting until that number is zero.”

Slaughter was the kind of person we wish all politicians could be. A fighter for the public good, committed to her constituents, who entered politics to make a real difference, and was never corrupted away from that goal. According to her colleagues, she was also the warmest, kindest, smartest, funniest person.

Oh my goodness. This is stunning news. Louise Slaughter was one of the sharpest, funniest and nicest women in Congress. Ranking member of the House Rules Committee. Lot of people will be upset over this. https://t.co/BzJLdRkZjq

We are really going to miss Louise Slaughter, an extraordinary American and a gifted leader. I am grateful for her lifetime of service and the example she set in breaking through barriers & standing up for everyone. Our thoughts are with her family, her friends and her staff.

Today the 25th District of New York, Congress, and the American people lost a fierce fighter. Louise Slaughter was more than a trailblazer – she was a force for good. She’ll be greatly missed by so many – my heart goes out to her family and staff. https://t.co/wxPs8jlsOF

I’m inconsolable over the loss of my dear friend, Rep. Louise Slaughter. When I came to DC, Louise took me under her wing & showed me how to be a fierce legislator. She was my #shero, mentor & friend. Her trailblazing spirit will live on in my heart & in the halls of Congress.

Heartbroken to lose a friend and colleague today. Louise Slaughter brought so much joy and hope to Congress and our country. My thoughts are with her family.

In Louise Slaughter we had a fearless public servant, a champion of women’s rights, and a leader in the truest sense of the word. She will be so missed but her legacy will live on. Thinking today of her family and loved ones.

Louise Slaughter was the kind of member of Congress whose staffers went on to bad-ass careers in progressive activism. She hired and inspired people who wanted to change the world, not just climb DC ladders. She’ll be missed.