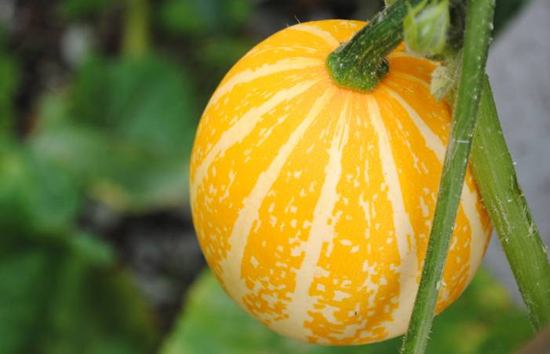 As in turns out, gourds are apparently a great place to keep the blood of a deceased monarch. At least, that’s what seems to be the case as a team of scientists have said that they believe blood from an old gourd is actually that of Louis XVI, the French king that was beheaded by revolutionaries on January 21st, 1793. How the gourd managed to get Louis XVI’s blood in it is a long story, but it seems to pan out.

See, it’s a widely reported fact that some of the folks that watched Louis XVI’s death dipped handkerchiefs in the king’s blood. Why they did this I can’t say for certain, but it’s definitely a thing that happened. Seems to me that having a handkerchief full of a guy you didn’t much care for’s blood would be pretty low on the List of Things You’d Ever Want, but whatever, to each their own.

The hollowed-out gourd has been in an Italian family for generation. It’s decorated with revolutionary imagery, and the gourd even includes a passage on it that reads, “On January 21, Maximilien Bourdaloue dipped his handkerchief in the blood of Louis XVI after his decapitation.” What it fails to mention is why Bourdaloue made the call to store this bloody handkerchief in a gourd, but sure, a gourd seems like as good a place as any.

Analysis of the blood had previously connected it to someone matching the former king’s description, but it couldn’t be linked directly to Louis XVI. The team eventually identified a rare genetic signature that the DNA shared with a mummified head believed to belong to Henri IV, an ancestor of Louis XVI. The DNA of the two show a direct link through their paternal line, so it seems pretty likely that it really is the beheaded monarch’s blood in that gourd.

There’s an “out of his gourd” joke here somewhere.