Legends of Tomorrow, Today: “Compromised” in the White House, How Apropos 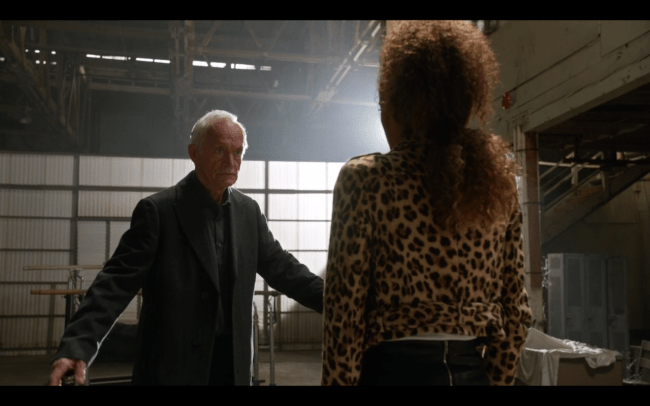 This week’s Legends of Tomorrow incited all sorts of conflict in and around our misfit crew of time travelers. When Damien Darhk attempts to blow up the White House, it’s up to the Legends to stop him. But given the fact that it’s Darhk, and that Sara is still seeking vengeance for her sister, you probably expected the inevitable “this is going to blow up in our faces” moment that this episode had been driving towards from the get-go. A quick foray elsewhere also revealed to us the fate of the JSA after Vixen left to join the Legends. As you can probably guess, things did not go well, as things never really go well after you drop everything to go gallivanting around in a time traveling spaceship. Who’d have thunk it?

There’s many things to discuss, between Ray’s antics with his new Cold Gun, Lance Henriksen’s turn as Todd Rice/Obsidian (plus Todd’s sweet revelation about his relationship with a man in 1987!), and another run-in with Arrogant Baby Stein.

Where do you think Thawne sent Darhk? We know there’s a massive CW crossover event soon–you think we’re headed to another big ol’ Flashpoint special? Who knows! Speculate with us in the comments, yeah?