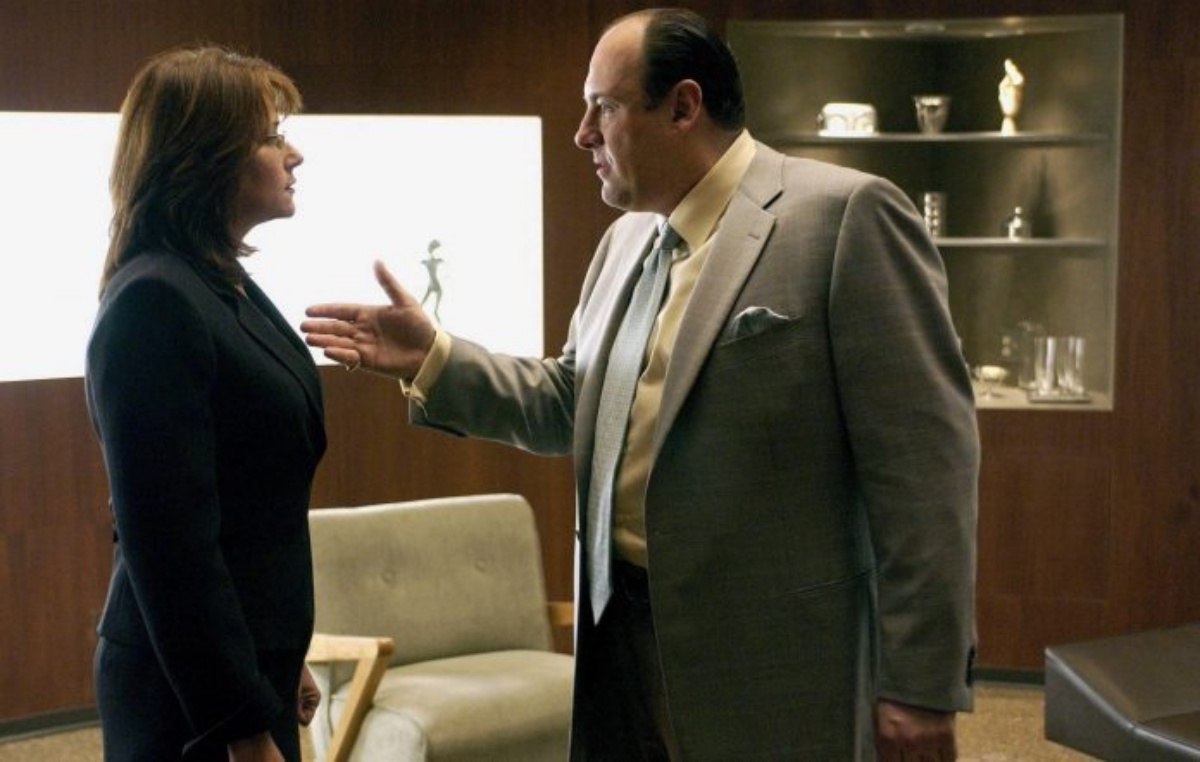 One of the most important relationships on HBO’s The Sopranos was that between mafia boss Tony Soprano (James Gandolfini) and his therapist, Dr. Jennifer Melfi (Lorraine Bracco). Yet, in its final season, the relationship ended suddenly, and it is something Bracco felt in the process.

During an episode of “Talking Sopranos,” the podcast hosted by her Sopranos costars Steve Schirripa and Michael Imperioli, the actress reflected that the departure of her character felt “rushed.”

“I would have liked for it to have been more meaningful,” Bracco said of her character’s exit, says Insider. “I mean, I think she cared for Tony […] Even though he was a fuck-up and maybe he was never going to really straighten out… I think she really cared for him.”

During the final season, Dr. Melfi has a crisis of faith in her work with Tony because of a medical journal study that came out implying that therapy only helps sociopaths become better criminals. Throughout the series, Melfi always went back and forth about how she felt about being the confidant of someone in the mob.

While we never got a lot of her social life, we know that her attachment to Tony came up within her marriage (her husband felt like the mob gave Italian Americans a bad name) and professionally (her colleagues would often speculate about her client). There was some appeal in the infamy, but towards the end, it seemed like they were trying to create a sharp division between the two.

The final conflict between them just felt very manufactured. It was supposed to happen, and this study, combined with their previous issues without the series, was escalated in order to clear Melfi of Tony’s orbit before he died. That is something Bracco feels didn’t make sense for the character.

She added, “You don’t spend seven years with someone and discard them. I felt bad about that.”

I would agree, especially since there was even a sexual attraction between them. Still, there is something tragic about the fact that Tony had someone in his life who he could really rely on, but that was the one relationship that he couldn’t maintain. As his friends and family dropped like flies, it felt like losing Melfi was something that meant the beginning of the end for Tony and whatever redemption that might have come for him.

Still, I would have wanted a better ending for them.