Looking to Be Inspired AF? Look No Further Than These Women | The Mary Sue

Looking to Be Inspired AF? Look No Further Than the Amazing Women on These Time Magazine Covers 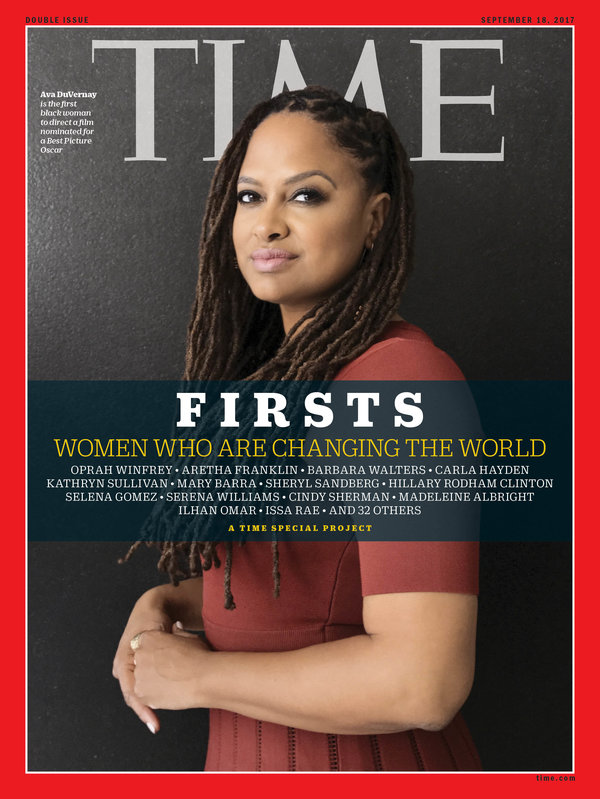 We often talk about ensuring that women’s accomplishments are not erased from history. However, it’s also important to recognize that we don’t need to look to history to find women doing amazing things. There are women in the very here and now who are and have been changing the world right before our eyes. Time Magazine’s latest project shines a spotlight on 46 remarkable, contemporary women who’ve achieved greatness and some astonishing firsts. 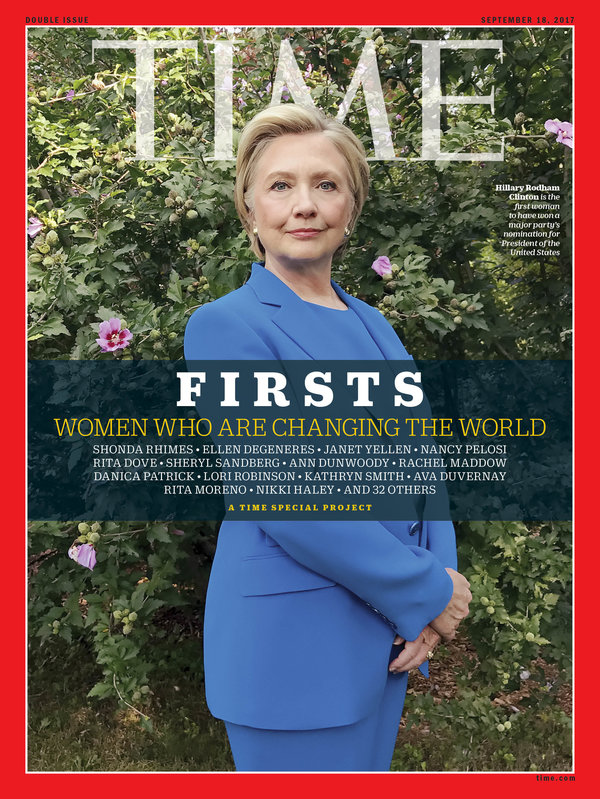 FIRSTS: The Women Who Are Changing The World is a book and a digital project from the editorial team at Time Magazine that collects interviews with 46 powerful women in entertainment, politics, business, science and sports, each of whom has broken the glass ceiling in their respective fields.

To commemorate the project, Time has released 12 gorgeous covers that give a beautiful cross-section of the women profiled in this project. Of the 12, 6 are women of color. There is a wide age range among them, there is LGBTQIA representation, a variety of religious backgrounds, and they represent fields as disparate as entertainment and the military. And that’s just the twelve featured on these covers! 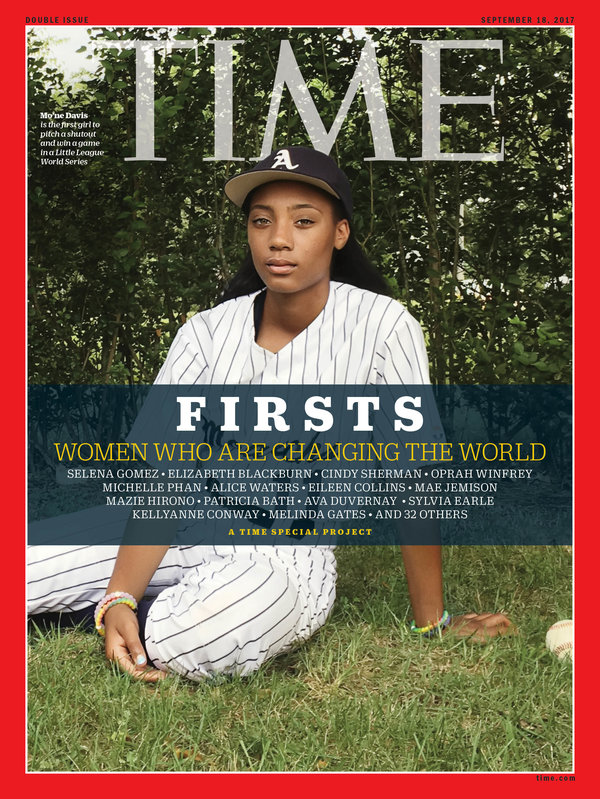 For a real treat, though, you should check out the FIRSTS website. There, you’ll find inspiring video interviews with even more of the women profiled. One of my personal heroes is one of the women profiled there, so I just had to share: Rita Moreno is the first Latina to get an EGOT (for those who don’t know, that means she’s won an Emmy, a Grammy, an Oscar, and a Tony). She came into the entertainment industry at a time when it was very much not an asset to be Puerto Rican, and found herself constantly cast as “native girls” with accents. Nevertheless, she persisted. And she became a Hollywood legend who’s still working today. 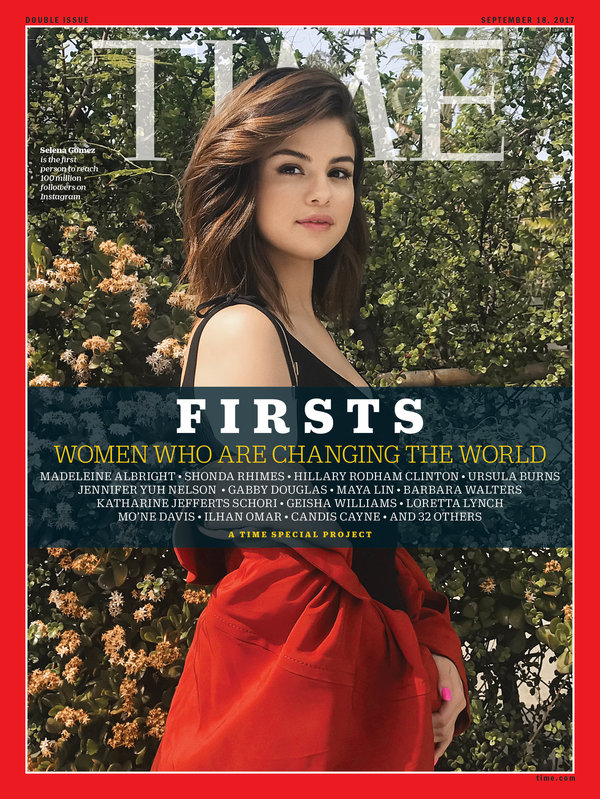 As you see from the names listed on the covers, there’s even more diversity throughout the project: women like Jennifer Yuh Nelson, who broke ground in animation as the first woman to solo-direct an animated feature; Candis Cayne, who was the first trans woman to play a recurring trans character on primetime television; and Mae Jemison, the first black woman in space. 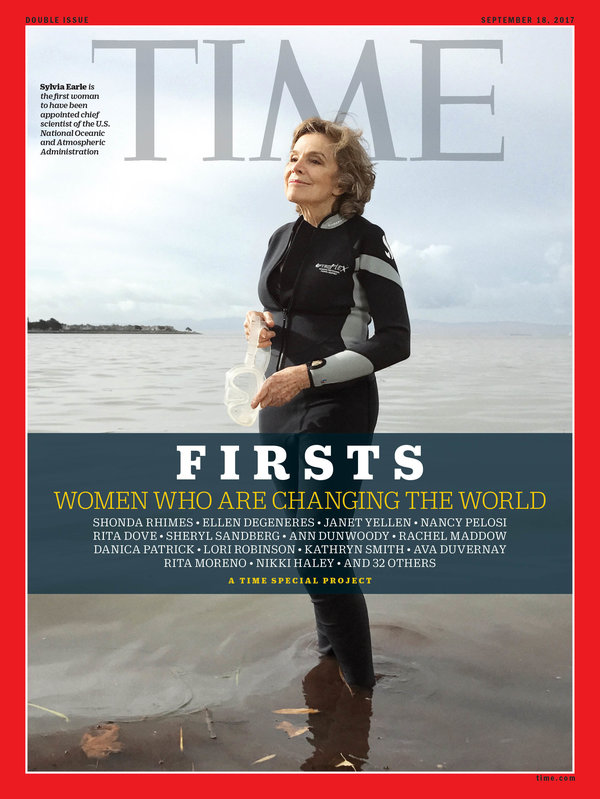 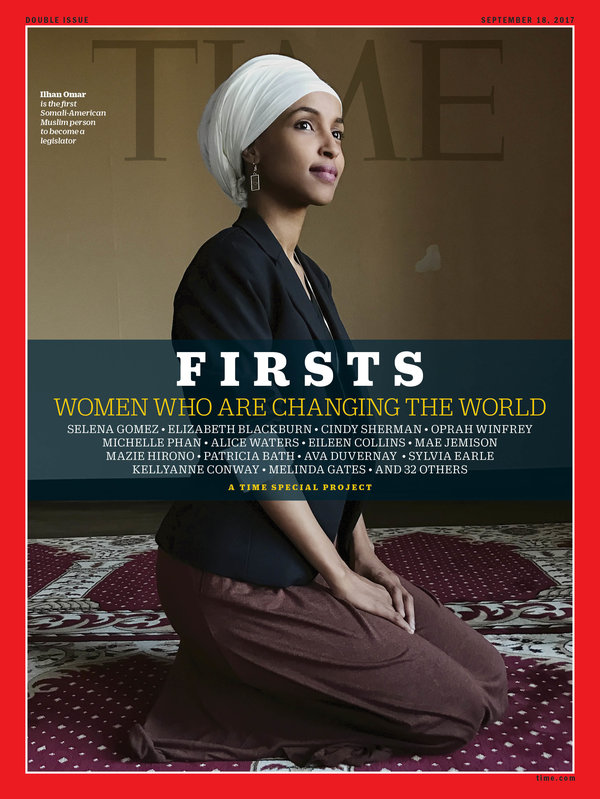 One of the things I enjoy about this project, too, is the diversity of “firsts.” For example, Selena Gomez on the list, because she’s the first person to reach 100 million followers on Instagram. It would be easy for some to dismiss that as frivolous, but while many female pursuits are often deemed frivolous, social media—particularly Instagram—is a powerful, and in this day and age, a necessary tool that happens to be female-dominant. It’s a testament not only to Gomez’s work and popularity in the field of entertainment, but to her ability to use social media to great effect. Everyone can start a social media account. Not everyone can use that account to affect the national conversation.

And then you have women breaking ground in religion, which is probably not something that our secular society thinks about too often, but Katharine Jefferts Schori is the first woman to be elected as the presiding bishop for the Episcopal Church, which is a huge deal in as notoriously a misogynist realm as organized Christianity has been. Whether one practices a religion or not, one can appreciate what it takes for a woman to rise to those ranks in any church, or organized religious body. 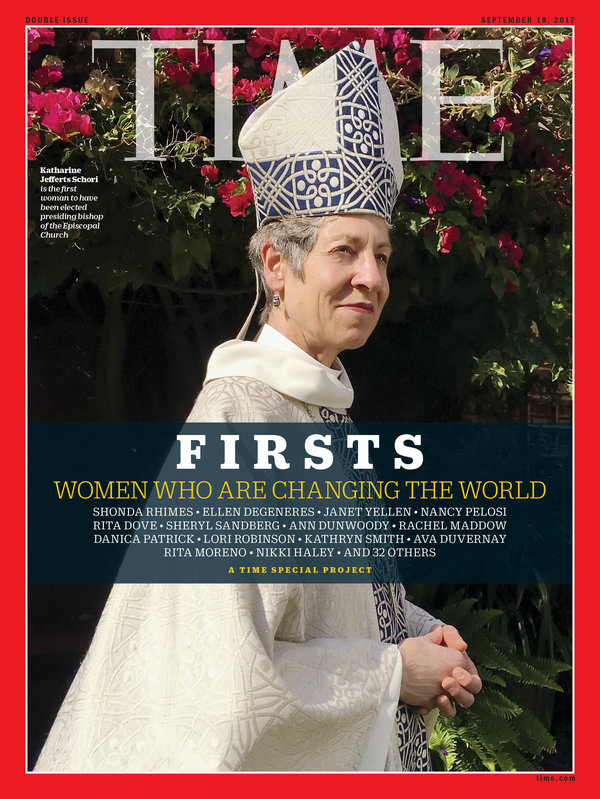 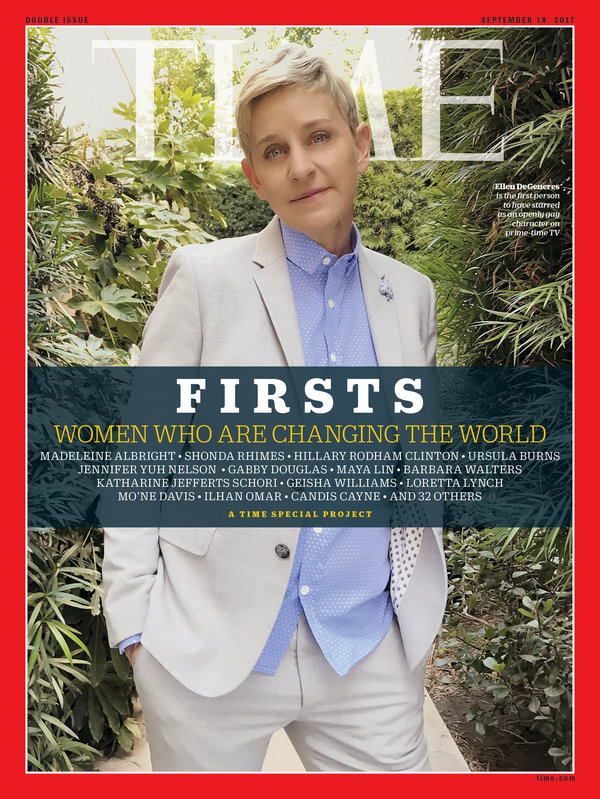 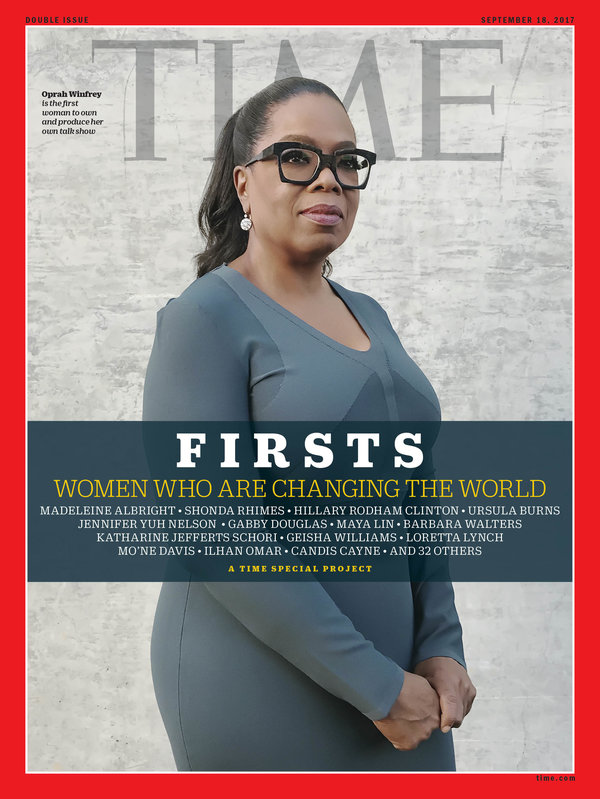 You might find yourself getting lost, as I did, in the website, going down the rabbit hole of inspiration and soaking up everything these trailblazing women have to say. 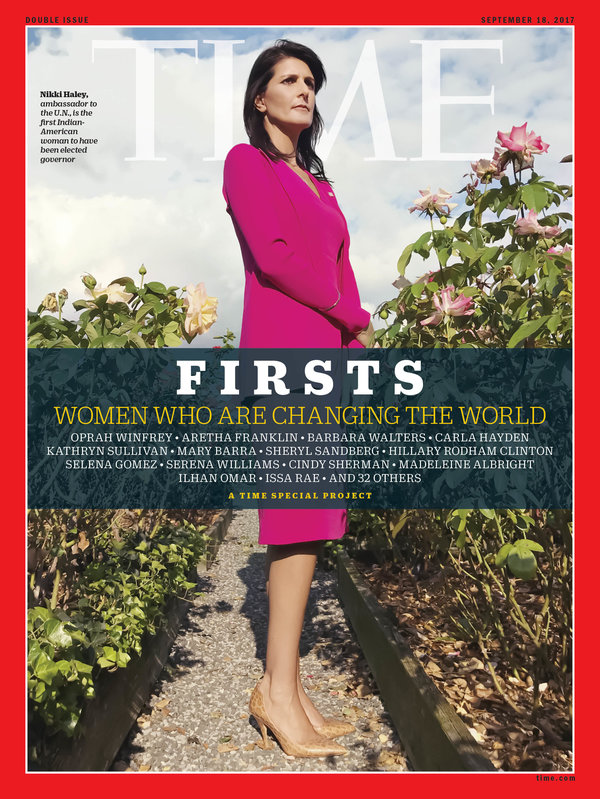 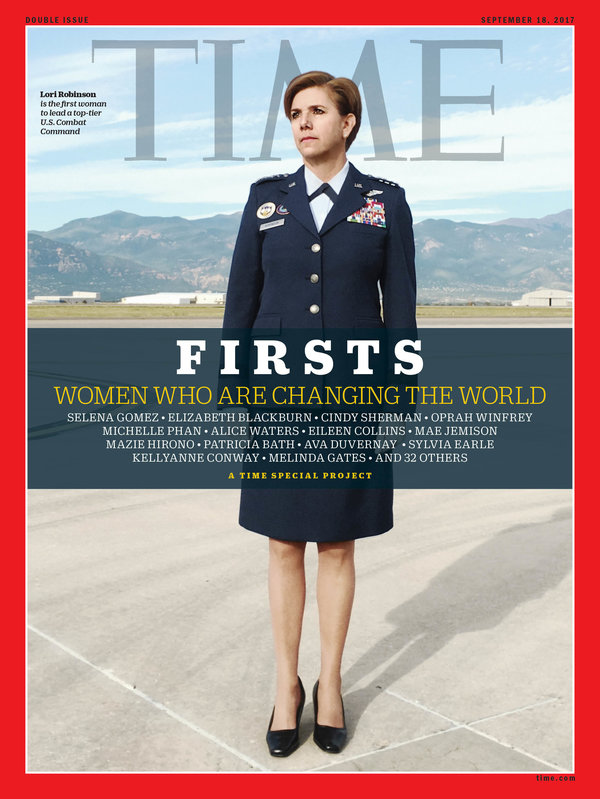 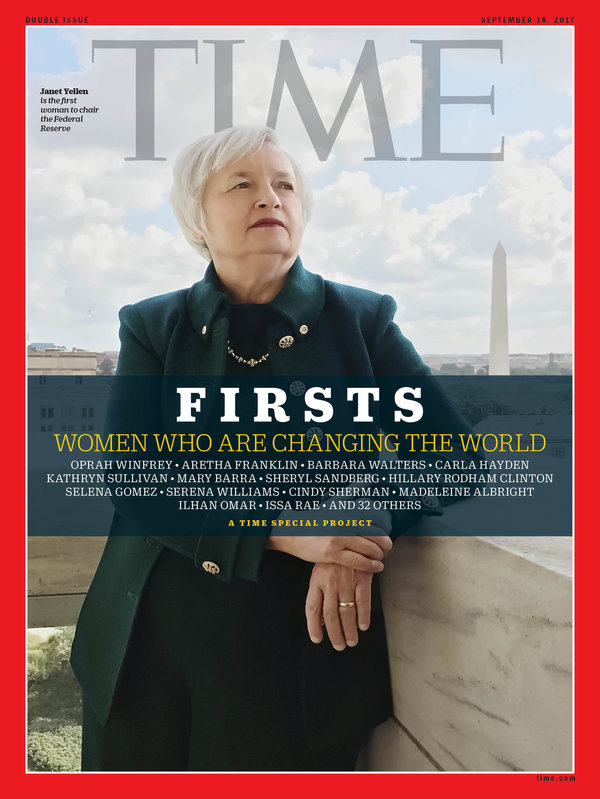 These Time covers will grace the upcoming issue dated September 18th, 2017. The site for the project is available now, and the book is available for pre-sale with a release date of September 19th.

Who’s your greatest source of inspiration on the list? Or, whom would you have put on the list who isn’t there? Let’s talk about these inspiring women below!