You Should Celebrate the Holidays With The Long Kiss Goodnight, an Action-Packed Christmas Classic

The Geena Davis action movie is a guilty pleasure and a holiday delight. 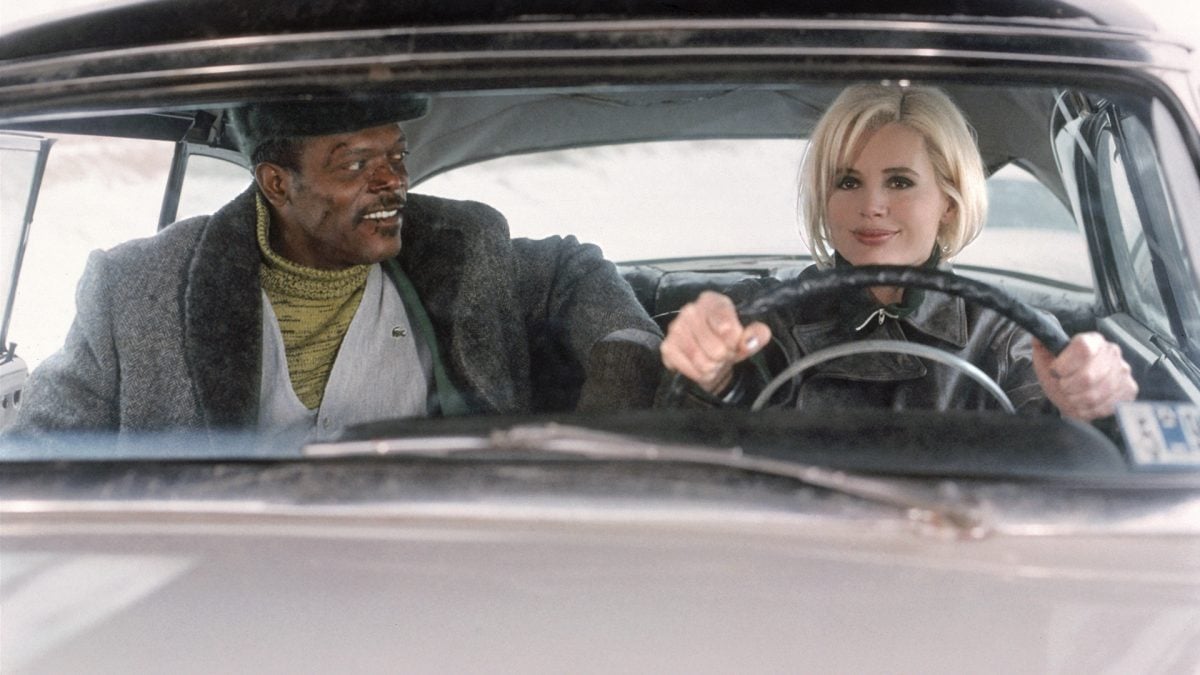 The holiday season brings with it a host of time-honored traditions. Roasting chestnuts over an open fire, singing Christmas carols, and of course the requisite ugly sweater offerings. But for the past few years, a new tradition has cropped up: debating whether or not Die Hard is in fact a Christmas movie (it is). While I love Die Hard as much as the next girl, there is another action classic that deserves the same Christmas love. I’m talking, of course, about Renny Harlin’s 1996 action spy thriller The Long Kiss Goodnight.

The film stars Geena Davis as Samantha Caine, a small-town schoolteacher and single mom who suffers from amnesia after an accident, and can only remember the past eight years of her life. She hires a lowlife private investigator Mitch (Samuel L. Jackson) to help her uncover her past, where she discovers that before the accident she was stone cold CIA assassin Charly Baltimore. As enemies from Charly’s old life resurface, she must reconcile both of her identities to stop a terrorist attack.

The film was written by famed Hollywood screenwriter Shane Black (Kiss Kiss Bang Bang), who made headlines at the time when he sold Long Kiss for a reported $4 million dollars, the highest amount ever paid for a script. Black loves setting movies during the holidays, which he as done in Iron Man 3, Lethal Weapon and The Last Boy Scout, to name a few.

The screenplay features Black doing what he does best: crafting great jokes around inventive action set-pieces. The odd couple pairing of Geena Davis and Samuel L. Jackson is one of the film’s best assets, as the duo display terrific comedic chemistry. As far as action movie banter goes, nobody does it better than these two. And while there is some goofily flirtatious banter, their relationship is never a romantic one, but a true buddy pairing in the vein of Lethal Weapon‘s Riggs and Murtaugh.

There’s a lot to love about this ridiculous movie, but Geena Davis’s performance is a true tour de force. The director Renny Harlin (who was married to Davis at the time) showcases Davis’s action heroine skills to terrific effect, leaning into her strength and her height. The movie features Davis performing several stunts, including shooting a gun while ice-skating and diving into a frozen lake. At a time when female action heroes were few and far between, Davis made a valiant effort to establish herself as an action star. Unfortunately, both Long Kiss and the couple’s previous effort Cutthroat Island fizzled at the box office and garnered lukewarm reviews.

The film, despite being a violent action-filled romp, also manages to touch on the importance of Christmas and familial love. Much of the film hinges on Davis’s relationship with her daughter Caitlin. When her Charly identity resurfaces, she attempts to break ties with her family and her identity as Samantha. Over the course of the film, she realizes that she is made whole by embracing both sides of her identity. She is only able to defeat the terrorists after integrating both the Samantha and Charly identities.

Since its release, the film has achieved a low key cult classic status for its winning blend of humor, violence, and action. A perfect example of this dynamic can be seen in the classic “chefs do that!” scene, where Samantha discovers her latent knife skills. If you’re looking for a perfectly bonkers holiday good time, you could do a lot worse than The Long Kiss Goodnight.