My anxiety captured in a single photograph 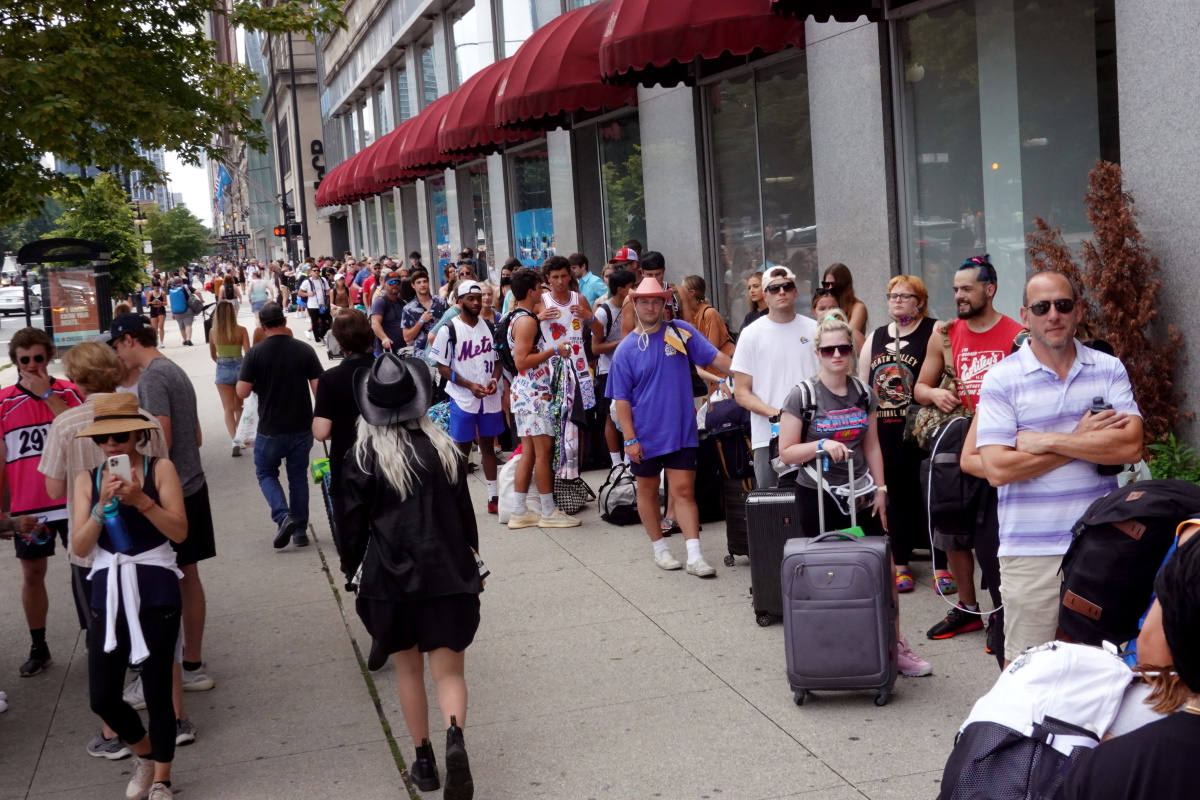 Have you ever come across a tweet and hoped to the higher powers that be that it was fake? That’s how I felt when I saw one particular image from Lollapalooza going around social media.

Chicago about to get shut right back down 🤦🏾 pic.twitter.com/ZQJGek0Tze

“Maybe it’s not from this year,” I said, hoping that this was a case where something gets shared, but when you check the date, it’s from a couple of years ago.

That had to be it, right? With COVID cases spiking and the wildly infectious Delta variant a growing cause for concern, doctors opening up about COVID patients wanting the vaccine when it’s too late for them, and the CDC updating their masking recommendations, a multi-day concert of Lollapalooza’s magnitude couldn’t possibly be taking place.

Lollapalooza kicked off at Chicago’s Grant Park on Thursday. Organizers are expecting 110,000 people a day for the four-day music festival – the biggest event since the city reopened. pic.twitter.com/dSF9Dnt7qa

Over a hundred thousand people.

All I see is this pic.twitter.com/egDCZ7XBIE

I feel like I’ve been stuck in a state of “deep sigh” since last year and I don’t think I’m ever going to recover from it. It’s reached a point now where I feel like I’m being gaslit by, in this case, an entire jammed concert full of people. For an entire weekend, thousands of people gathered to the point of looking like an animated sponge meme as if COVID and its variants aren’t screwing up the timeline right now.

Part of me, when I see gatherings THIS large, starts to wonder if it’s me who’s in the wrong here. Surely 100K+ people can’t be this irresponsible, right? Is COVID just a figment of my imagination at this point? Is it not as serious as I, who still has a mask in my purse for grocery store trips, has made it out to be?

We’re never going to physically or mentally recover from the level of trauma we’ve been forced to endure since 2020. https://t.co/8aJliWA1DY

Fortunately, plenty of people have responded to this anxiety-inducing crowd size with just as much horror as I have.

Unfortunately, well, plenty of people have responded to this anxiety-inducing crowd size with just as much horror as I have because there was, in fact, a gigantic in-person event during a time of increased COVID cases.

What’s extra frightening about Lollapalooza is its lack of safety protocols. I’ll never be happy about the world trying to return to the before times when we’re nowhere near ready yet, but if you’re going to carry this the show must go on attitude, at least TRY and do it safely.

YALL I WAS AT LOLLA. THEY ARE ASKING PEOPLE TO COME IN WITH VACCINE CARDS AND NEGATIVE TESTS… BUT THEYRE NOT CHECKING FOR ANY. THEY ARE ASKING “are you vaccinated” AND PEOPLE ARE LYING. Stay home please.

And while people are arguing back and forth in comment threads about the measures Lollapalooza did or didn’t take, we can see, from pictures, that no one is social distancing. At all. Did we forget that was part of the safety measures we had?

It all just feels like we’re fighting an uphill battle with no end in sight.

I don’t know where we go from here beyond gesturing wildly toward all these people in open-mouth horror.