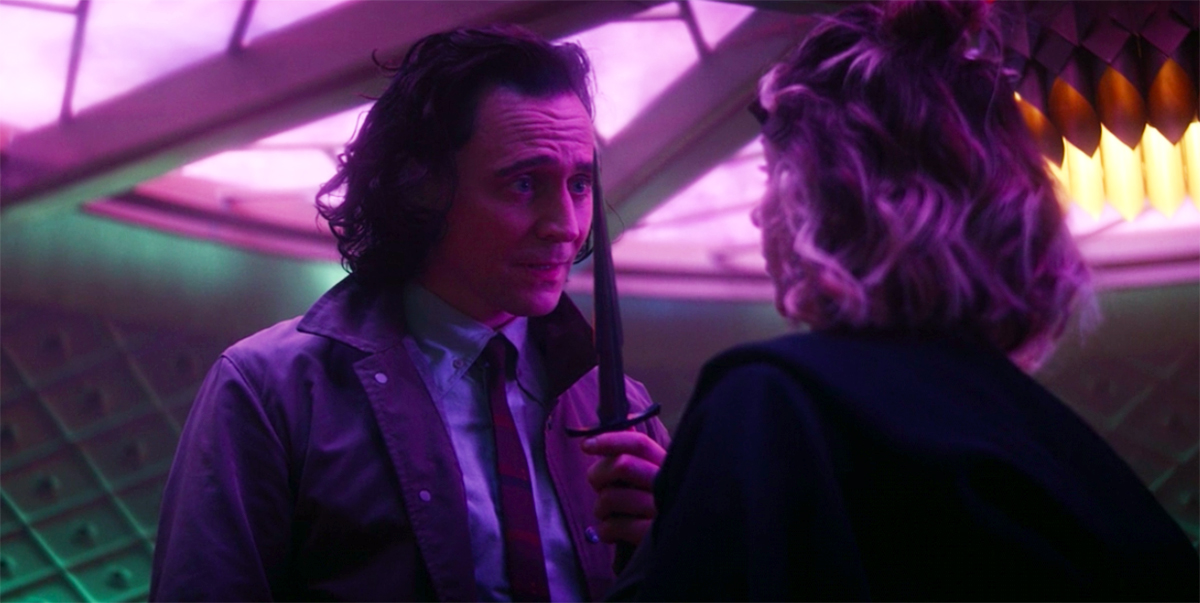 One of my favorite aspects of WandaVision was the exploration of Wanda’s grief, and it gave us a beautiful line: “What is grief if not love preserving?” That idea, that our grief and pain from losing someone is just our love for them continuing on, is a comforting way of thinking about that pain. We can all relate to times in our life when grief overtook us, and having that connection is meaningful to so many of us.

It’s a quote that got mocked, praised, and everything in between, but it still meant a lot to me, mainly because I understood that pain. It’s one I’ve felt, and there was a beautiful quote to explain that heartache. And then there is Loki with another relatable quote—maybe not as elegant as WandaVision’s take on grief, but one that truly had me going, “Wow, same,” out loud on my couch.

In the third episode of the show, titled “Lamentis,” Loki and the variant known as Sylvie are taking a train on a dying planet, trying to get their ticket back to the TVA charged. Loki gets trashed, as one is wont to do, and answers a question that Sylvie asked of him when they were relating to each other and their shared story. The question? It’s about love and what it means.

Sylvie says that “love is mischief,” and Loki, only some champagne in, says no, but he’d have to drink some more and think about it. So what does Loki then, completely drunk, say love is? Well … a dagger.

“Love is a dagger. It’s a weapon to be wielded far away or up close. You can see yourself in it. It’s beautiful until it makes you bleed. But ultimately, when you reach for it,” Loki says as he makes the dagger vanish, prompting Sylvie to finish: “It isn’t real.”

The way this quote punched me in the gut is shockingly similar to the way the WandaVision quote hit. Is it because I’m just … lonely and depressed and single? Probably! But it also shows the pain that Loki has clearly gone through in his life. You don’t learn that pain from simply watching love. You go through that bleeding pain and heartache from feeling it. So my next question is: Who hurt Loki?

Sure, he could be referring to his brother or his family, but this kind of love he’s describing? That’s romantic. No matter who hurt Loki, one thing remains: This is highly relatable. Am I Loki? Just sitting in misery and holding on to the belief that love hurts and will make you bleed and isn’t real? Sadly, maybe. But thank you, Bisha K. Ali (who wrote this episode), for giving me the most relatable quote out of probably any Marvel property.